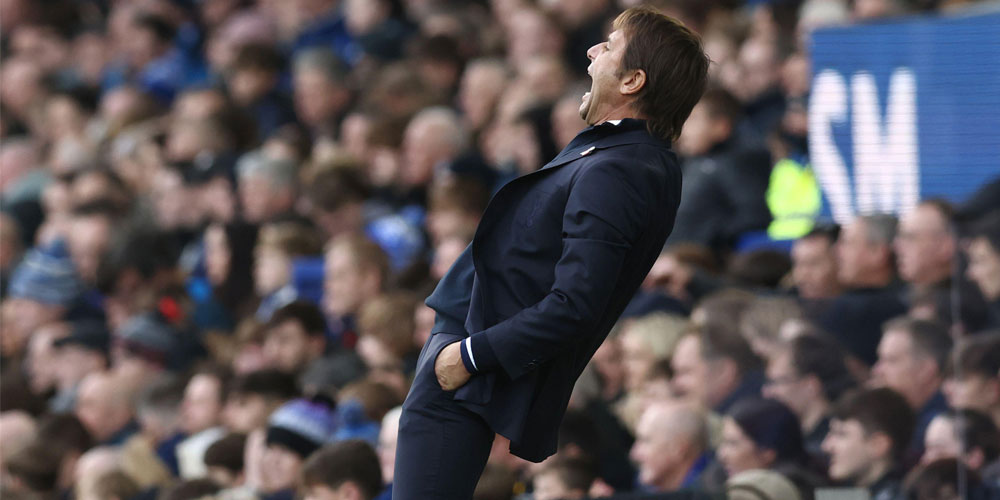 When an organization’s performance starts to decline, at least one if not three things need to change: strategy, culture, and talent. In soccer, the go-to method to stop a run of bad results is a change at the top. The expectation is that the appointment of a new manager to coach the team will strengthen strategy, improve culture, and upgrade talent.

That’s a big ask for one person. But in the current English Premier League season, which started in August 2021, eight of the managers in the 20-team league have already been replaced, close to a 50% turnover at the top. Five went in October alone. And this pattern of firing and hiring persists even though research suggests that there is only a brief “new manager bounce” before results return to what they’d been.

“The new manager doesn’t usually cause the swing,” write Simon Kuper and Professor Stefan Szymanski in their best-selling book Soccernomics. “He’s just its beneficiary.” Poor results can happen because of bad luck, a tough schedule, more injuries than usual, or other factors beyond the manager’s control.

So why do team owners continue to bring in new managers? Some recent arrivals can change strategy for the better in the long run; others can improve the culture. And given the right budget, incoming managers also usually have an eye on what talent the team is missing. Rarely can one person do all three.

Here are a few lessons on managerial succession from the English Premier League that might also ring true in the C-suite.

The highest-profile managerial change made in the Premier League this season was at Manchester United. In November 2021, it replaced team legend Ole Gunnar Solskjær, who had lifted 12 trophies as a player between 1996 and 2007, with Ralf Rangnick, who has never played for a top-flight team but has had success running important teams in Germany.

Solskjær was originally hired to give the team a “feel-good factor” that had been absent during the reign of his predecessor, José Mourinho. Solskjær, the author of one of Manchester United’s most iconic moments, a last-gasp winning goal in the 1999 European Champions League final, provided a living link to past success. The connection became a double-edged sword, though, as it also reminded supporters of just how far from that glory the current generation was. Manchester United under Solskjær failed to develop a strong sense of tactics, and the players, though skilled, were not improving. The team’s lack of cohesion saw it eliminated early in one domestic competition, the English Football League (EFL) Cup, and dropping to seventh place in the Premier League table. Following a spate of poor results, Solskjær was out.

Rangnick is a manager who understands how opponents play and how to line his teams up against them. And he makes high physical demands of his players, leading to stronger fitness levels. This approach took small-town team Hoffenheim from the third division to the top league in Germany, and RB Leipzig from Germany’s fourth division to a Champions League semifinal.

The result at Manchester United? The usual—early success and then regression to the mean—but in this case with a twist. Rangnick has stabilized the team, and although it’s too far behind league leaders Manchester City to challenge for the Premier League title, it’s still playing in the Champions League tournament and remains in contention to qualify for the elite competition next season, too. So, in that respect, United probably made a good change. They hired a decent coach who is also a world-class sporting director, capable of spotting and recruiting top players. That expertise is sure to help the team in the future—if he stays. He is still only an “interim” manager, which shows just how volatile managing top-flight soccer can be.

The definition, and, indeed, significance, of organizational culture can depend on whom you’re talking to. Owen Eastwood, author of Belonging: The Ancient Code of Togetherness, is credited with helping the England men’s national soccer team develop a player-first culture that improved performance. He describes culture as “the environment we are in at any point in time and how it’s making us feel. Is it giving us confidence? Is it making us feel a sense of belonging? Have we got a connection with the people around us? For someone to say those things don’t matter is misunderstanding human nature.”

Since winning the 1966 World Cup on home soil, the England national team had mostly underachieved, and its relationship with the public was at an all-time low when Gareth Southgate was appointed coach in 2016. With guidance from Eastwood, Southgate has helped the team reconnect with its fans, giving his players the platform, and psychological safety, to speak openly on issues they care about: racism, mental health, even politics and social justice. That appears to have helped the performances on the pitch too. After decades of poor finishes, the England team reached the semifinal of the 2018 FIFA World Cup and the final of the 2021 UEFA European Championship.

The England women’s national team has also benefitted from a change at the top. Sarina Wiegman started her role as team manager in September 2021. She has since been credited with bringing a sense of relentlessness to the team. It scored 18 goals in her first two matches, then beat Latvia 20–0. Wiegman believes that a more demanding culture is required to move the team beyond the three semifinals it has reached in successive tournaments. England is now gearing up for the women’s European Championship to be played this summer, and is expected to challenge for the title.

Environment can affect performance—and if the leadership structure is flawed, chaotic, or distrusted, a bad environment can quickly lead to underperformance. That was what was happening at Tottenham Hotspur, known as “Spurs,” early in this season. Nuno Espírito Santo lasted only 17 games at the helm of the London team and had a win–draw–loss record of 8–2–7 when he was let go. Now the team is managed by Antonio Conte, who has won the Premier League with Chelsea and the Italian Serie A championship with Juventus and Inter Milan.

The Tottenham Hotspur Supporters’ Trust, a fans group, has warned that Conte’s biggest challenge is overseeing a change in organizational culture. So far, he has at least upped the tempo. The Spurs team quickly went from running a cumulative average of 100 kilometers per match under Espírito Santo, the lowest in the league, to a league-high 114 kilometers per match. Team captain Hugo Lloris hailed Conte’s “winning culture,” and forward Harry Kane claimed Conte has already changed the culture, praising his attitude of “doing everything possible to make the little differences to win games.” However, after his first 17 games, Conte’s win–draw–loss record hasn’t been far off Espírito Santo’s: 9–3–5 (as of February 5, 2022).

Then there is talent. In soccer, some managers blame players for poor results, some take more personal responsibility, and others, such as Aston Villa’s new coach, Steven Gerrard, use their own status to hire upgrades. Gerrard starred at Liverpool for 17 years, playing more than 500 matches and, as captain of that team, lifted four trophies. In January, new Villa signings Philippe Coutinho and Lucas Digne, both considered world-class talents, cited Gerrard’s presence as a decisive factor in joining a relatively unfashionable Midlands team that hasn’t won the top league since 1981.

In a similar vein, Frank Lampard, a former player and team legend at European champions Chelsea, and once a key England international player, was able to recruit two highly rated midfielders within a day of his appointment as Everton’s coach.

The dream managerial appointment is the one who is successful in changing all three elements of a struggling organization—strategy, culture, and talent. Step forward, Chelsea boss Thomas Tuchel. The German coach, who had proved his credentials at home with Borussia Dortmund and then abroad with French powerhouse Paris Saint-Germain, replaced Lampard in January 2021 and improved each aspect of the team; within six months, he had turned Chelsea from midtable also-rans into European champions and more recently won FIFA’s Club World Cup championship after beating Brazil’s Palmeiras.

Tuchel has it all. His tactical acumen brings new solutions to beat opposition. For example, when some of his first-choice players were unavailable due to injury, he swiftly drilled the team in a new formation, with four defenders instead of three at the back, and beat Spurs to reach the EFL Cup final. He outmaneuvered Pep Guardiola’s lauded Manchester City three times at the end of last season; the third win earned Chelsea the 2021 Champions League crown.

Tuchel’s style is to develop a culture of improvement, innovation, and enjoyment, starting with Eastwood’s theory of giving players responsibility. Top players want to work hard for him.

When I interviewed Tuchel for my book Edge: Leadership Secrets from Football’s Top Thinkers, he gave me these three tips to succeed: “One, always keep looking for a new way. Two, be honest, smile, and help each other. Three, be available. No one hesitates to come to my office. I’m always around.”

In my conversation with Tuchel, he admitted that he doesn’t have all the answers, and is constantly learning and trying things out. That, more than anything else, might be his secret for success.