We like to think that making change is a question of mind over matter, that we — and the people with whom we work — are masters of our actions. We decide to make a change, we commit to it, and we follow through.

On an organizational level, the standard leadership approach to creating change is to whip up enthusiasm for a new process or initiative by explaining why the change is so important, promote the change throughout the company with posters and slogans and social media, and, once everyone is singing from the same song sheet, wait for the change to fall into place.

But on the ground, we know transformation rarely goes this smoothly. And research can help us understand why. In her new work, USC psychology professor Wendy Wood, currently a visiting chair at INSEAD-Sorbonne in Paris, has found that the process of change is more complicated than was previously realized. Creating change, she says, depends more on uncovering and changing habits than we have known. Wood has studied behavior change for three decades with a focus on habits, including those affecting diet and exercise, productivity, financial savings, and consumer purchases. The full results of her work are set to be published in 2019 by Farrar, Straus, and Giroux. 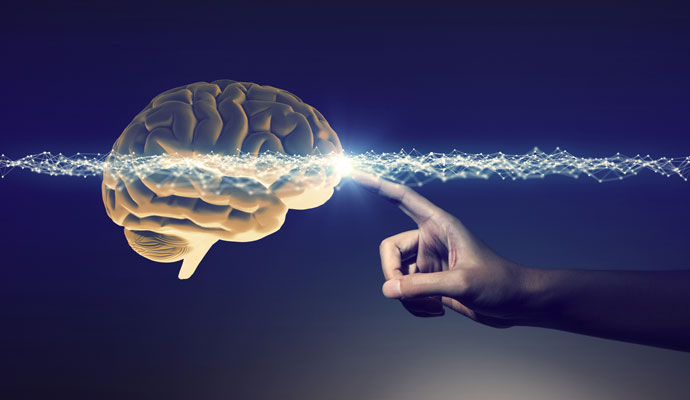 Trying to effect change while ignoring the key role that habits play in our lives often fails, says Wood. This is because we are not consciously aware of everything we do, including our habits. In fact, Wood’s research shows that 43 percent of our daily actions are based on habit, enacted repeatedly in the same situation, while we are thinking about something else. It’s an automatic, mindless response to the world around us.

Trying to effect change while ignoring the key role that habits play in our lives often fails, says Wood.

“Habits are automated, outside of conscious awareness,” Wood told me. “They are part of a slow-to-change part of our neural systems involving the basal ganglia” (the section of the brain associated with control of voluntary motor movements, procedural learning, emotion, and routine behaviors). “Once we learn habits, the memory trace — an experience encoded in the brain as memory — persists long after we make a decision to do something different, and so we continue with the old habits, and that will ultimately sabotage the change we desire. Don’t expect people to know how to change their habits.”

Habits, it seems, get in the way of change despite our best intentions. “Habits are triggered without awareness — they are repeated actions that worked in the past in a given context or in a similar experience,” she notes. Wood’s research shows that concentrating on changing unwanted behaviors, and then creating new ones — not focusing on motivation — is the key to making change.

She cites various efforts aimed at changing smoking habits in the U.S. from 1952 to 1999. Smoking decreased not when smokers were made aware of the health risks, but when buying and smoking cigarettes was made more difficult and less rewarding. Thus, higher taxes, smoking bans in public places, and limits on point-of-purchase ads — which add friction to smoking — were a more effective deterrent than warning labels on cigarette packages and public service advertising about smoking’s negative effects.

For example, if you want your team to interact more, to share ideas and collaborate, look carefully at the environment in which they are working. Today’s open-plan office layout, in theory, promotes collaboration and interaction, but, says Wood, “When you go to open-plan offices, you often find people wearing headphones to create their own private space in which to work.” They return to the old habit of keeping to themselves.

“A better way of organizing the office could be to give people their cubicles, their personal space, but also create open areas with coffee and snacks and provide brainstorming technologies, to encourage them to gather and collaborate,” she says. “You give them the reason and space for interaction as well as the space in which to work individually. Make the desired actions easy. Reduce friction in the environment, or barriers that can get in the way.”

Another example from Wood’s research: The commuting habits of employees in a business that changed office locations. In the old location, most employees habitually drove to work. “With the office relocation, the context changed,” she says. “Employees had to revisit their decisions about how to get to work. They could not just mindlessly repeat their old habits. The new office location turned out to be an opportunity for those with strong environmental values to take mass transit rather than drive to work every day.”

“People have challenges in changing behavior because of a misunderstanding about what controls many of our everyday actions,” she says. “Motivation and understanding just aren’t enough on their own to effect change.” Old habits can endure longer than the motivation to try something new, even for the most dedicated of employees.

“As leaders, we need to ask: ‘What do I want people to do on a daily basis in this environment?’” She advises, “Understand the underlying context, and make changes needed so that the desired behavior is easy and rewarding.... Everyone responds to that. When your focus is on the behavior, you can create change that outlasts people’s old habits.”