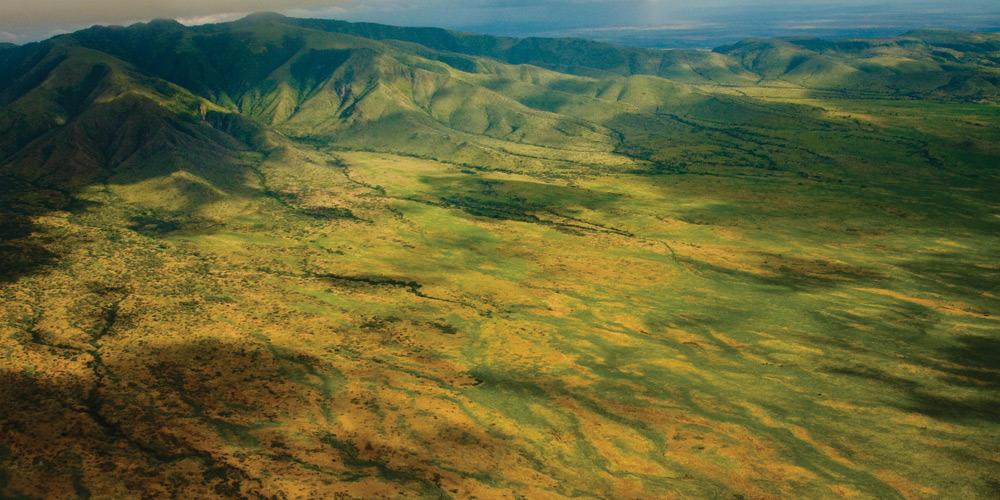 The film Our Planet: Our Business is available to stream at www.ourplanet.com/business. The original eight-part documentary Our Planet is available on Netflix.

Midway through the new film Our Planet: Our Business — which is available today for streaming around the world — aquaculture pioneer Bren Smith recalls seeing the codfish industry in his native Newfoundland collapse from overfishing in the early 1990s. He has a message for people worried that climate change–related policies will lead to unemployment. “There are no jobs,” he says, “on a dead planet.”

Our Planet: Our Business is a call to action for private enterprise to play a leading role in the innovation, recovery, and restoration needed to avoid environmental collapse. The 40-minute film was created as a collaboration between the World Wide Fund for Nature (WWF) and Silverback Films. It was inspired by the Netflix documentary series Our Planet, which was released in April. If you are a business leader, the reality of environmental crisis is inescapable. What was formerly considered extreme weather — storms, wildfires, tidal waves, droughts, floods, and anomalous freezing spells and heat waves — is now commonplace. Trillions of dollars each year are already spent on remediation, rebuilding, and insurance.

The parameters of the crisis are still not widely understood, but they are predicted to be momentous; for instance, millions of species are at risk of extinction in the next few decades. The film is full of beautiful, compelling images of animals and insects — bees, birds, frogs, great cats, primates, and many others — that may well soon be gone, along with their habitats. The statistics from the film are sobering: There is now 40 percent less Arctic summer sea ice cover than there was in 1980. Almost half of the planet’s forests have been felled. Africa’s largest reservoir, Lake Chad, has lost so much water through drought, irrigation, and other use that it is one-tenth its former size. Other major natural resources around the world, upon which hundreds of millions of people directly depend, are suffering similar fates.

One of the film’s key points is that for the past 10,000 years, human civilization has relied on the relative stability of the Earth. The planet is a single interconnected ecosystem, in which damage to one part, such as the climate, affects the whole. Though we take this natural system for granted, there is no guarantee it will remain in balance; indeed, at other times in its history, the Earth has been too turbulent and unstable to support human life.

The potential for crisis is real, but the situation is not hopeless. At its heart, the crisis we face is one of imagination. We business leaders, because of our technological and managerial acumen, and our capacity for innovation, are increasingly being called upon to take the lead in finding solutions.

The film features Anand Mahindra, chairman of the Mahindra Group, and Dave Lewis, CEO of Tesco, as business leaders who have already been moved to action. There are many other such leaders emerging around the world, and their path is not always straightforward. Like all compelling business challenges, the complexities of corporate environmentalism are daunting. There isn’t a clear consensus about what actions to take, and every action (including refusing to act) involves risk, with many requiring new practices that are difficult or discomforting at first.

As a corporate supporter, I am proud that PwC is helping WWF to share this film with our employees and other businesspeople. At the same time, we appreciate that there are many different perspectives about sustainability.

We work with clients who hold every conceivable point of view about this crisis. And we find that even business leaders who are not directly moved to act — including those who doubt that human activity is causing an ecological and climate-related crisis — can no longer avoid the disruptive effect on their bottom line. Every day, they encounter regulators, customers, and employees who feel strongly that changes are needed. And to attract top talent and win over customers these days, more businesses are addressing their own environmental impact, including the sustainability of their products and services.

How, then, will your company navigate the transition of the next few years — especially if you have the same wide range of constituents that we do, and if an effective response would involve dramatic changes to your business models, technologies, and operational footprint? The best strategy may involve compromise, but probably not as a negotiation between extremes. Rather, it will require an approach through the “radical middle”: bringing intensive creativity to bear on solutions that make a difference and allow every type of company to participate.

Already, the tone of discussion is shifting from one that asks, “Who’s to blame?” to one that searches for “What can we do together?” If our experience is any guide, it will be important to recognize the reasoning behind each point of view, and to find opportunities for mutual action. Every type of business has a contribution to make.

One noteworthy factor is the emergence of startups and entrepreneurs dedicated to sustainability, recovery, and restoration. For example, Bren Smith cofounded GreenWave, an organization that trains farmers in its open source method for cultivating sea vegetables and shellfish while restoring the ocean’s habitat. As such startups emerge and grow to scale, financial firms will fund and insure them, and new, innovative technological platforms will deliver the capabilities they need.

As Our Planet: Our Business points out, ‘What we do in the next 10 years will profoundly impact the next few thousand.’

There will be many creative approaches to mitigation, recovery, and restoration. The film Our Planet: Our Business proposes a focus on five major challenges: to reach net-zero carbon emissions as rapidly as possible; to minimize the land used by people for living and agriculture so we can protect the habitats that remain and restore forests and grasslands; to return the ocean to good health (for example, through designated marine protected areas); to eliminate waste (and thus create a circular economy, in which resources are reclaimed); and to reimagine success in more sustainable forms than exist today. All of these paths will require expansion and refinement of human, organizational, and technological capability — a whole new range of skills that will put people to work and make the most of human ingenuity.

New digital advances, such as artificial intelligence, will be particularly important in enabling a sustainable future. In our own work across the PwC global network, there are a variety of efforts, such as the Low Carbon Economy Index, to better understand these issues and develop solutions. The vision of sustainability championed by this film should encourage technological experts, investors, enterprise leaders, and policymakers to work together in highly productive ways. As Our Planet: Our Business points out, “What we do in the next 10 years will profoundly impact the next few thousand.” 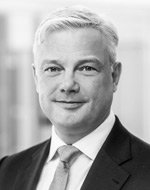 Richard Oldfield is a partner with PwC UK and the global markets leader for the PwC network.