For established companies, market growth remains an important but elusive goal. Most mature brands post relatively consistent sales and market-share figures. But the competitive pressures that make growth difficult to achieve make it all the more compelling as a target for top executives, who still tend to regard market-share growth as an essential part of their mandate and a tangible sign they’re outperforming rivals.

Plenty of research exists on how the few brands that manage to grow their share of the pie over the long term do it. They can cut prices to undermine rivals, enlarge or improve advertising efforts, expand distribution, and improve product development. But rather than cover this same ground, the author of a new study wanted to delve deeper and explore not why successful brands grow, but what happens as they grow. In doing so, he hoped to pinpoint commonalities in the ways that key brand-performance metrics — such as market penetration, customer purchase frequency, and appeal to different demographics — change during a period of market-share expansion.

The insights he developed should sound alarm bells for marketers who hew to the traditional viewpoint that maintaining and increasing loyal customers should be “integral to a company’s basic business strategy.” Instead, the author found, brands in the packaged-goods segment grow by increasing their appeal to consumers across the board. Inspiring higher loyalty levels among the current customer base may have its advantages in the B2C sector — engendering positive word-of-mouth or making it easier to retain longtime patrons of a brand — but this study finds that it’s not the key to stimulating market-share growth. 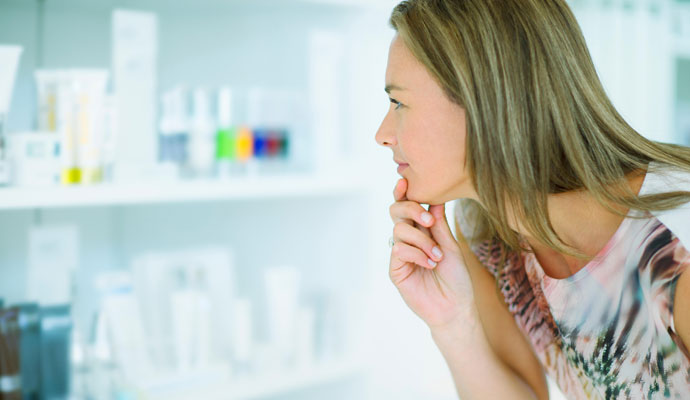 The author examined 10 diverse brands that grew year-on-year at some point during the past two decades in the consumer-goods industry, in which market share is fiercely contested by well-established companies. The analysis made use of two databases containing information on the shopping patterns of more than 5,000 U.K. and 15,000 U.S. households. The databases cover all the purchases participants made in supermarkets, in addition to supplementary information on product prices, product pack size, whether products were part of a temporary promotion, and so on.

Focusing on well-known brands that display appreciable growth, the author examined data from 14 U.K. and seven U.S. consumer-goods segments, including shampoo, coffee, dog food, pasta, beer, and detergent. He calculated category sales, brand sales, and market share for the top 20 brands in each sector, identifying brands that grew from one year to the next. To make the cut, a brand also had to have been established in the market for at least a year, ensuring that new, temporarily “hot” brands weren’t considered. A top 20 firm additionally had to grow by at least one market-share point during the year, which is weighty in market-share terms, and either maintain or expand its higher market share in the subsequent year. The brand’s product category also had to be relatively steady during the period studied. Out of 420 brands considered, 10 met all the criteria.

Several performance measures were considered in the analysis of the growth period. These included penetration (the proportion of households that bought the brand), loyalty (how often buyers purchased the brand as opposed to others in the same category), level of purchase frequency (whether buyers were light, medium, or heavy repeat customers), and cross-purchasing (the proportion of buyers of a particular brand who also bought competitors’ products of the same type).

The author further explored how growth in market share affected sales within different demographics, including younger and older shoppers, smaller and larger households, blue-collar and white-collar consumers, lower- and higher-income brackets; and men and women.

The analysis revealed that periods of growth seem to be propelled by having more people buy a brand’s product once or twice a year, not by the hardcore repeat consumers making several purchases in that same time frame. In fact, during a growth period, non-repeat purchasers outpaced “loyal” customer purchases by almost eight-to-one. That should come as a surprise to marketers who toe the traditional line. To be sure, loyalty is still important, but getting loyal customers to shop and spend even more doesn’t seem to drive new growth.

The most marked difference during market-share boom times was the rise in light purchasers. Although the researcher found small increases in the number of medium and heavy buyers, they were insignificant next to the increase in infrequent consumers. This insight also jibes with the finding about the importance of broader household penetration versus loyalty.

In another challenge to the textbook view, as brands grew, the author found, they persuaded a larger proportion of most or all of their rivals’ customer base to purchase their products. Overall, the 10 growing brands facilitated more cross-purchasing from 69 of the 72 collective competitors they faced — in stark contrast to the theory that brands should focus their attention on their one or two fiercest rivals.

Finally, it was not uncommon for growing brands to increase their appeal across all demographic groups; they might be slightly more popular with younger versus older consumers, for example, but they still increased their appeal with older buyers compared with the results of the previous year.

It was not uncommon for growing brands to increase their appeal across all demographic groups, according to the study.

When the author ran an analysis of the 10 growth brands for periods in which their market share was static, no changes beyond random variations appeared in any of the performance metrics or demographic purchase behavior. In other words, when a brand’s market share didn’t change much, neither did these metrics. Only in periods of growth did these patterns emerge.

So what’s a marketer to do? The accepted doctrine is to carefully target certain demographic groups in an effort to produce growth, but this study flies in the face of that idea by showing that growth — at least in consumer-oriented industries — is driven by customers across many different segments, many of whom will buy the product only rarely. This result implies that the extensive use of in-store price deals and repeat-purchase promotions may not be as effective as it’s cracked up to be, and that marketers should instead invest resources in the kind of mass-media advertising that can reach large numbers of different types of consumers.