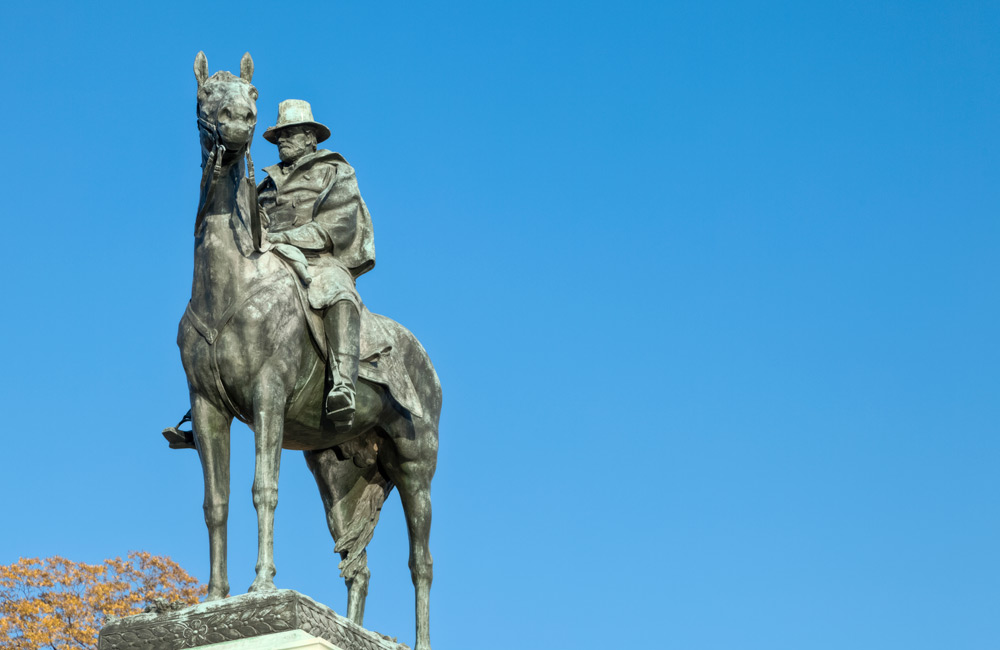 Prior to the Civil War, Ulysses S. Grant didn’t show much promise. He called his admission to the U.S. military academy at West Point “an accident,” and when he graduated in 1843, he was only in the middle of his class. Just over a decade later, in 1854, he resigned from the U.S. Army. In the next few years, he proved to be a failure in business — even during boom times, such as the California gold rush.

In 1861, as the slave states seceded from the U.S. and the Union rushed to build up its army, Grant struggled just to get a commission leading 630 men in the 21st Illinois Infantry Regiment. And yet, four years later, it was Grant who, as the chief strategist and leader of more than 1 million men serving in the Army of the United States, left Robert E. Lee with no choice but to surrender at Appomattox, effectively ending the Civil War.

What was it that made this least likely of leaders such a success? And what can we learn from Grant’s experience? I recently read 1,700 pages looking for answers — Grant’s best-selling memoirs, which he wrote as he was suffering from cancer and finished a few days before he died, in 1885, and Ron Chernow’s more wide-ranging and much-praised biography. Both contain valuable lessons for leaders.

The first striking attribute about Grant was his low-key management style, which is the polar opposite of the textbook definition of an alpha leader. He assumed leadership more than he asserted it. And he certainly didn’t dress for success: Instead, Grant wore a mostly unadorned blue coat and black hat throughout much of the war. He showed up for his first regimental assignment in civilian garb, reports Chernow, prompting one soldier to quip, “He don’t look as if he knew enough to find cows if you gave him hay.”

There was no more pomp in Grant’s demeanor than in his appearance. He was respectful of others, fair, and even-tempered, but never lax in terms of expectations or accountability. Finding an alarming lack of discipline in his new regiment of volunteers, Grant acted promptly — ordering that no one was to leave the camp without a pass, punishing deserters, and instituting daily drills. “I found it very hard work for a few days to bring all the men into anything like subordination,” he wrote, “but the great majority favored discipline, and by the application of a little regular army punishment, all were reduced to as good discipline as one could ask.”

Grant was respectful of others, fair, and even-tempered, but never lax in terms of expectations or accountability.

Grant’s second attribute was his strategic sensibility. He understood that the Union had more men and resources than the Confederacy. But he also knew that the secessionists could win by not losing — that is, by hanging on until the Northern states lost the will to fight. Accordingly, he adopted an aggressive strategy that relied on corralling the enemy by cutting its forces off from the territory needed to maneuver, the resources needed to fight, and one another. And then, after mustering the largest force possible, Grant attacked to destroy or capture the enemy armies.

Surprisingly, Grant was the first of the Union’s top commanders to synchronize the activities of its armies. “Before this time, these various armies had acted separately and independently of each other, giving the enemy an opportunity often of depleting one command, not pressed, to reinforce another more actively engaged. I am determined to stop this,” he explained.

Grant saw beyond battles, writes Chernow, “to a boldly expansive blueprint for taking state after state and terminating hostilities. His great strength was that he thought in terms of sequence of battles.” And the cadence of battles was as important to Grant’s strategic vision as the sequence. “Momentum was everything for Grant,” adds Chernow.

Which suggests a third attribute: his predilection for action. Throughout the Civil War, whether winning or losing, Grant was fighting. He was dogged in the pursuit of victories: “It is possible that the Southern man started in with a little more dash than his Northern brother; but he was correspondingly less enduring,” wrote Grant in his memoirs. Accordingly, the general would seek to resist attacks on the first day of battle and then counterattack. “The object of the Confederates on the second day was to get away with as much of their army and material as possible,” he said. “Ours then was to drive them from our front, and to capture or destroy as great a part as possible of their men and material.”

Grant’s willingness, even need, to act was one of the qualities that distinguished him from many other Union military leaders. The value of this quality was not lost on Commander in Chief Abraham Lincoln. After the brutal Battle of Shiloh in April 1862, in which 100,000 men fought and 24,000 were killed or wounded (more causalities than in all of the wars in the nation’s history combined, to that date), there were many calls for Grant’s removal. Lincoln never wavered in his support of the man he had made a major general less than two months earlier. “I can’t spare this man,” he reportedly said of Grant. “He fights.”

Lincoln’s confidence in Grant was justified. In the summer of 1863, Grant took Vicksburg in a campaign that, along with Gettysburg (where Union troops were led by General George Meade), marked a turning point in the war. In March 1864, Lincoln promoted Grant to lieutenant general and gave him command of all the armies of the United States. Just over a year later, on April 9, 1865, Grant accepted Lee’s unconditional surrender.

“When the news of the surrender first reached our lines, our men commenced firing a salute of a hundred guns in honor of our victory,” Grant, who never glorified war, wrote in his memoirs. “I at once sent word, however, to have it stopped. The Confederates were now our prisoners, and we did not want to exult over their downfall.” Having experienced failure firsthand, Grant was an empathic leader, too.