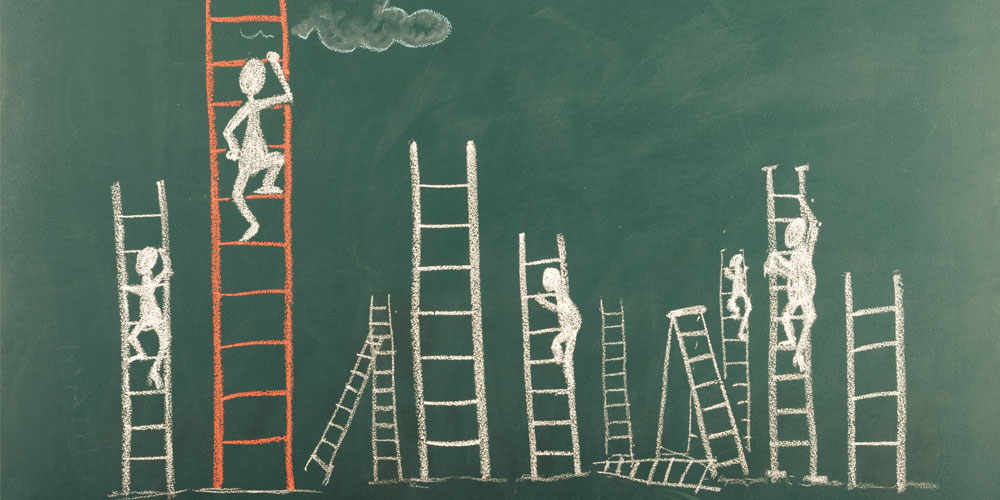 You have a quick, cordial interaction with a colleague who works in a different part of your organization. Both of you are helping lead a cross-departmental project, and both have ideas for what the next step should be. After a brief discussion, your colleague agrees that your idea makes more sense. Both of you walk away knowing exactly what to do next. But, unknown to you, your colleague has a starkly different understanding of what just happened. Back at his desk, he feels that most of his week’s work has just gone to waste.

How can that be? In this case, it wasn’t a matter of miscommunication. You both spoke clearly and concisely, listening, smiling, and making eye contact. And the discussion was no big deal — to you. To your colleague, however, it was. He had spent hours exploring different possibilities for how to advance the project, and had a dozen reasons his idea made sense. He didn’t tell you this, though. If he had, you would have evaluated it fairly and quite possibly concluded that his idea was better. Why didn’t he?

Research has found that perceptions of power in the workplace can become a critical factor in determining how people respond to situations. And the power at issue does not necessarily correspond to official hierarchies.

A seminal study from 1959, by social psychologists John R.P. French Jr. and Bertram Raven, broke down organizational, or social, power into five categories. A few years later, Raven added a sixth to the list. To this day, numerous researchers use this list as a template to analyze the various forms of influence people can have in the workplace. The forms of power are:

• Coercive power: Person A can face negative consequences if they don’t comply with Person B.
• Reward power: A can receive a reward if they do comply with B.
• Legitimate power: An official hierarchy or rule provides B with the “legitimate right” to influence A.
• Referent power: A likes, admires, or respects B, and wants to behave like B, giving B the power to influence A.
• Expert power: A perceives B to have greater knowledge or competence in an area, and is therefore more likely to comply.
• Informational power: B has some control over how much information A receives; knowing less makes A more likely to comply with what B wants.

(For more about these, I recommend the The World of Work Project.)

Of course, various forms of power can overlap. Take the opening anecdote for example. Your colleague perceives your relationships with higher-ups as imbuing you with coercive or reward power, since a positive or negative word from you about him could affect his career trajectory. And he assumes you have informational power, with greater knowledge of organizational goals.

Few people have ever learned to understand, recognize, and be conscious of the various ways they wield power, and the ways others perceive their power.

As I’ve learned about these various forms of power, I’ve begun looking back on some of my own experiences through a different lens. For example, there may have been times when I was rushing across the CNN newsroom to prepare for my next live shot, and someone came up to me to pitch an idea for a segment. I may have quickly and politely dismissed a suggestion, thinking that it sounded similar to something that had already been done or something that was currently in the works. But perhaps a longer conversation would have led me to realize what was new and unique about it. And perhaps this person’s perceptions of my expert, informational, or other forms of power led them to drop the idea just as politely. Meanwhile, in my mind, we were simply colleagues with no meaningful power over each other in the organization.

Awareness of various forms of power can also play out in more serious and troubling workplace behaviors. Although bad actors often are aware of the power they have and consciously abuse it — such as through harassment and bullying — research shows there are times when someone genuinely doesn’t realize they’ve made a colleague uncomfortable. Person A might be distracted and not paying attention during an interaction with Person B, or might have meant something innocuous by a comment or lighthearted joke. But Person B may have viewed the incident differently because they perceive Person A as having influence over their career through various forms of power. This is why workplaces need power consciousness training.

How training can help

Few people have ever learned to understand, recognize, and be conscious of the various ways they wield power, and the ways others perceive their power. Well-designed workshops offer an opportunity to educate employees about various forms of power and to gauge how they alter workplace dynamics.

For example, two participants might act out a scripted dialogue, after which the full group discusses how they perceived the interaction. Then, the workshop leader tells the group how each of the speakers in the dialogue secretly perceives the other, and the scenario is repeated. Suddenly, it seems very different.

Workshops and exercises like this can also give employees an opportunity to share their own stories and experiences of times when these factors came into play, and offer each other new insight.

By developing an awareness of our power and the power we might be misattributing to those around us, we not only become conscious of how they might affect our interactions. We also can use that awareness to achieve good things in our organizations.

“Too often, because people are not aware of their power, power is greatly underutilized and not only is the person less effective but the entire organization suffers because of it,” the organization NMAC (which focuses on racial justice and HIV) writes in a study on building healthy organizations. And as Maxim Sytch, associate professor of management and organizations at the University of Michigan’s Stephen M. Ross School of Business, wrote in Harvard Business Review, “Informal power — which is unrelated to your formal title — can enable you to mobilize resources, drive change, and create value for the organization as well as yourself.” In the modern workplace, such power is “increasingly pivotal,” he added.

Any form of power can be used in positive and negative ways. But until we understand the various forms of power we have, we can’t use them for good — let alone make sure that other people’s perceptions of them don’t cause problems.