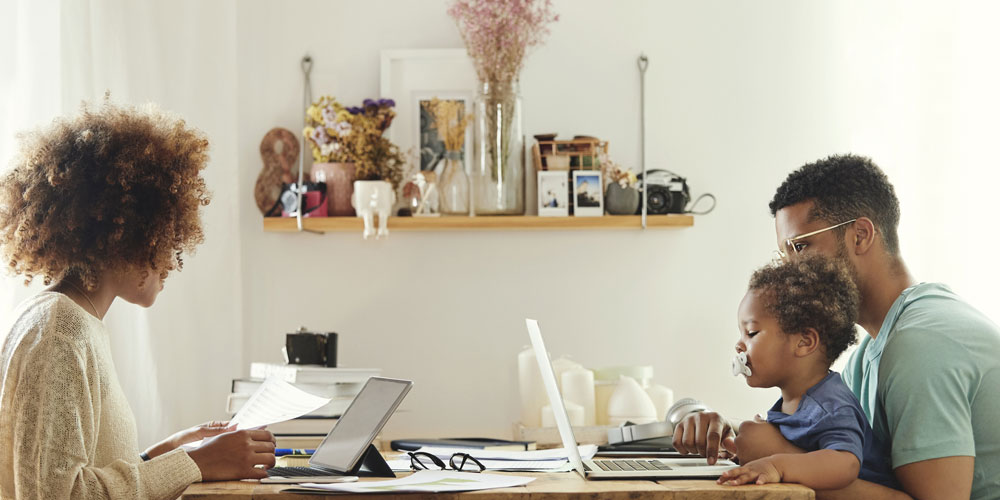 The United States, like much of the rest of the world, has an extremely long way to go to achieve gender equality in the workplace. The latest pyramid showing where women are in the hierarchy of S&P 500 companies, from the nonprofit organization Catalyst, reveals that although women make up nearly half of the total S&P 500 workforce, they hold only about one-fifth of board seats, 11 percent of top-earning jobs, and 6 percent of CEO positions. So to many people, it comes as a surprise when I share a question that I’m often asked by women’s groups inside businesses: How can we help men?

It’s an important, but often overlooked, topic in addressing the attitudes and practices that prevent equal opportunities. And the answer to these challenges lies in building more powerful alliances in the workplace. Just as men and women must work to build a level playing field for women in the workplace, men and women can help update work structures so that men can act as equal caregivers at home. This is something I know not just through research and years of fact-checking, but also as someone who received incredible support from women in a very public battle for gender-equal caregiving. Unfortunately, too many people in power in organizations still think of caregiving as primarily (or exclusively) women’s work.

To understand what this part of the gender equality equation is all about, it’s crucial to start with facts and figures. Around the world, men want more time for caregiving. A global survey from Dove Men+Care (an organization I partner with) found that 85 percent of men in seven countries said they would “do anything” to be more involved at home after having a child.

85% of men would ‘do anything’ to spend more time caregiving at home, but financial pressures and stigmas are in the way.

So what’s holding them back? One major factor is finances. Fewer than half of U.S. employers offer any paid paternity leave, and families can’t afford to lose the paycheck. In the survey, more than 40 percent of parents said financial barriers are the biggest reason for not taking paternity leave.

But an even bigger cause is the stigma. Large majorities of women and men (ranging from 55 percent to 74 percent in different countries) said attitudes among managers and colleagues often leave men unable or reluctant to take paternity leave.

This finding fits in with years of research, including from the Center for WorkLife Law at the University of California, Hastings College of the Law, which found that men are often penalized for taking caregiving leave or seeking a flexible schedule. My book, All In, is filled with stories of men who were fired, demoted, or lost job opportunities. A recent ruling by a U.S. district judge that men can be fired for taking paternity leave adds to this chilling effect.

These types of stigma are fueled in large part by continued misunderstandings of the role of men at home. It’s still common to think of men as less likely to be engaged in the work it takes to raise children and run a home. This helps explain why in the Dove Men+Care survey, a large majority of both women and men said they’re bothered by media images that amplify these stereotypes (such as ads showing dads incapable of changing diapers).

This is why I encourage all of us to rethink the way we talk about gender alliances at work.

Typical conversations on the topic focus on the importance of men as allies supporting women, which is indeed essential. As PwC’s Dawn Eber has written, men have “proven that they can be effective allies by listening to female colleagues, supporting gender parity efforts, and committing to outcomes.” PwC has also pointed outPDF that it’s important for male allies “to challenge decisions about hires, promotions and the make-up of teams to ensure strong female representation,” and to consider declining invitations to speak at events if the slate of speakers is not diverse.

But the most effective alliances work in multiple ways. And there are practical steps men and women can take together to help men achieve the work–life balance (or work–life integration, if you prefer) that they seek.

Speak out against stigmas. If you hear any man being denigrated for taking his full paternity leave, seeking a flexible schedule, or needing time to engage in any form of caregiving, call it out. Explain that these stigmas are a form of discrimination — and out of sync with the times.

Support policy changes. After my daughter was born, I launched a legal effort to get my employer to change its policies — and ultimately prevailed, in a win-win for parents and the company. The open support I received from women colleagues, as well as from women’s groups across the country and around the world, made a huge difference. They were my allies.

Of course, legal action was and still is a last resort. Supporting change internally, with the expectation that the organization will do the right thing, is step one. The Equal Employment Opportunity Commission has made clear that while physical recovery leaves offered exclusively to women who give birth are of course legitimate, caregiving leave must be clearly distinguished and gender neutral.

At a time when divisiveness is figuring prominently in national discussions in the U.S., it’s helpful to realize how much common ground there is on some major issues that define our daily lives. When it comes to achieving greater work–life balance, most men and women are on the same side — and we can fix this together.