When Google unveiled its autonomous vehicle aspirations back in 2010, the tech powerhouse dominated the discussion. News outlets, tech junkies, and car enthusiasts couldn’t get enough.

Though Googlers, including Sebastian Thrun, a VP who led Google’s driverless-car development, gained attention by framing their quest in humanitarian terms — with goals such as saving lives and resources — they also grabbed the spotlight for an entirely different reason: vaulting from nowhere into the lead in the race to capture the trillions that might be saved or displaced by driverless cars.

In 2016, however, Google’s self-driving car program went relatively quiet. Now, Google’s new parent company, Alphabet, has spun out the program under a separate subsidiary called Waymo. Its success — like that of every other company exploring autonomous vehicles — will depend on how it navigates the challenges of building a platform: a technological base that must both compete and work closely with other companies. 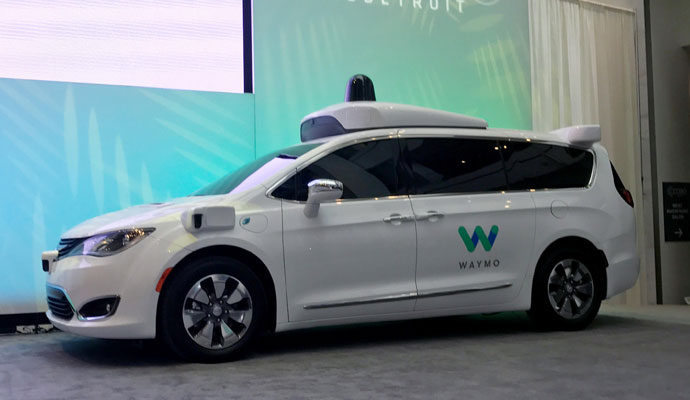 Right at the start, Google answered three questions that helped define its platform and shape the competitive landscape in which Waymo now finds itself. Any company seeking to play a dominant role in its sector should think through these questions carefully.

Should you wake the sleeping giants in your target industry? In 2009, when Google initiated its autonomous vehicle project, many auto makers and major suppliers were already working on similar technologies, such as adaptive cruise control, collision avoidance, and automatic parking. They had little enthusiasm for the audacious, fully autonomous approach that Google announced with great fanfare in 2014. From the standpoint of most established car companies, both the business model and the technical risks of autonomous vehicles were too great. They felt no urgency to hasten toward fully driverless scenarios.

But Google’s juicy chatter on the subject provided urgency — and then momentum — that the field might not otherwise have had. As one automotive executive told me, “None of us would be paying this kind of attention to autonomous driving if Google had not made the progress that it did, and scared us into believing that it might make even more.” By 2015, Tesla, Renault, Hyundai, Audi, BMW, General Motors, Uber, and others had ramped up their efforts, sometimes with significant advances and sometimes just with visible attempts to be seen as a participant.

The fear of Google’s success motivated almost every auto maker and supplier to develop a proactive autonomous strategy. GM, for example, is spending billions on acquisitions of talent and technology, and has launched significant internal efforts. Daimler, Nissan, Ford, Peugeot, Volvo, and the components company Delphi are making similar moves. Even Toyota, which has expressed skepticism about the viability of the fully autonomous approach, has invested more than a billion dollars in related research and development. Google’s efforts seem to have played a role in prompting Apple to pursue its own efforts, and have spawned numerous startups inside and outside its orbit, such as Otto, Faraday Future, and nuTonomy. Now, Waymo has a large field of engaged incumbents with which to contend.

Should you share the future spoils with other upstarts? As Google overcame the software challenges of autonomous driving, it became clearer that an enormous business opportunity existed at the intersection of driverless cars, ride sharing, and electric vehicles. A virtuous cycle exists among the three emerging categories that could lower cost, accelerate adoption, and increase profitability for all.

At first, it seemed like an alliance  among Google, Uber, and Tesla, the respective dominant upstarts in each space, would emerge. Fleets of Tesla driverless taxis would be driven by Google’s software and dispatched by Uber. Google was a major investor in Uber. Teslas were the car of choice on the Google campus, and there were strong rumors of talks between the two companies.

But rather than forming a collaborative dream team, the three parted ways. Each is developing its own driverless capabilities. As Travis Kalanick, Uber’s CEO, told Bloomberg Businessweek: “The minute it was clear to us that our friends in Mountain View [Google] were going to be getting in the ride-sharing space, we needed to make sure there is an alternative [self-driving car]. Because if there is not, we’re not going to have any business.” Developing driverless cars, he added, “is basically existential for us.”

Google could have moved more energetically to form alliances. Instead, its decision to pursue both its driverless car and its business model autonomously resulted in a multifront war for dominance of the future transportation ecosystem. Contending not only with waking giants but also with other giant, agile upstarts complicates Waymo’s path forward enormously.

How should you capture the value of your platform? Waymo has announced it intends to provide driverless technology rather than build vehicles or provide services. That means it is developing a platform for many manufacturers to hook into. When creating a new technological platform — not just for autonomous vehicles, but for smartphones, medical information systems, Industry 4.0–style infrastructure, or many other current examples — figuring out the right strategy for capturing value is critically important.

Contending not only with waking giants but also with other giant, agile upstarts complicates Waymo’s path forward enormously.

Imagine if Google had pursued a more inclusive, open-systems strategy with self-driving cars. The company would supply driverless software to all new cars for a price so low that auto manufacturers could not refuse. Millions of cars would scan map and traffic data to Google Maps, feed location and behavior data to Google’s customer intelligence, and exchange queries and advertising with Google’s search engine. Given that about one in five searches are by location, such a commanding position could reap tremendous value.

Giving away operating-system software in order to drive the search and advertising business is, of course, the heart of Google’s successful Android strategy. That’s why Android is located inside Google, with its contributions evaluated in terms of how it drives advertising revenue, rather than how it directs software licensing or sales revenue.

But Waymo, which is structured as a separate Alphabet company, must now stand or fall on its own P&L statement.

None of Waymo’s challenges alone or together preordain its fate. If Waymo’s commercialization strategy still emphasizes fully autonomous, driverless approaches, it remains millions of miles ahead of its competitors. That lead stems from additional time its prototypes have spent on city streets, rather than highways or test tracks, interacting with real traffic and human drivers in a wide array of complex driving situations. Recent reports mandated by the California Department of Motor Vehicles showed that Waymo has logged more than 30 times the total miles of autonomous testing on California roads than all of its competitors combined.

However, as with any major business decision, Waymo’s choices limit its paths to success. As Waymo evolves, can it sustain the lead that its early incarnation enjoyed? Or will Waymo be just one among many in an increasingly crowded field?

Many companies that might have been logical partners or customers have strategies that are now predisposed against Waymo. That is perhaps why Waymo’s signed and rumored partners, such as Chrysler and Honda, are among those further behind in their own autonomous strategy than some of their Big Auto brethren.

In the end, however Waymo’s platform efforts unfold, the fact that the company exists is a powerful statement about the progress being made in driverless cars. It means we are that much closer to the humanitarian goals that Thrun and his colleagues laid out. That’s good for innovation, and good for all of us.