Autonomous vehicles and connected cars are prompting a number of automakers and technology companies to reconsider their strategy. They want to avoid being left behind. But if their strategy is to build and sell driverless cars on their own, they are moving in the wrong direction. Driverless cars are not like simpler technologies, and they are not even like other motor-vehicle technologies. When it comes to this frontier, the appropriate first-mover unit of innovation is not the car, or even the car company. It is the nation.

One of the most promising autonomous vehicle startups is based on that premise. It’s a small company called nuTonomy, based in Cambridge, Mass., near its academic roots. Its cofounders, CEO Karl Iagnemma and chief technology officer Emilio Frazzoli, are MIT roboticists. Its financiers, who recently invested US$16 million in the company, are led by Highland Capital Partners and include significant participation from Fontinalis Partners, Signal Ventures, and EDBI, the dedicated corporate investment arm of the Singapore Economic Development Board (EDB) — the lead government agency working to enhance Singapore’s position as a global business center.

But nuTonomy is not building new cars. It is retrofitting existing vehicles (in this case, electric vehicles from Mitsubishi and Renault) to launch the world’s first commercial driverless taxi service, and it has set its sights on Singapore.

NuTonomy believes driverless taxis will be the catalyst for fast learning and widespread adoption of autonomous vehicles. It hopes to introduce autonomous cabs into Singapore as early as 2018. 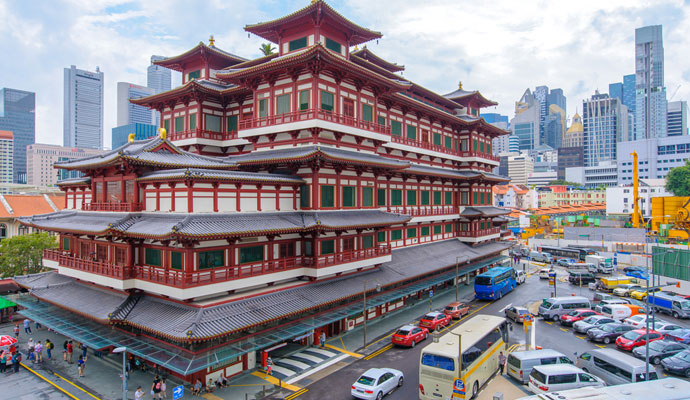 In one sense, nuTonomy is competing with companies such as Google, BMW, General Motors, Baidu, and Uber, all of which have announced interest in autonomous vehicles. But nuTonomy is letting those giants battle through the tangled web of competition, policy fights, regulatory hurdles, and other entrenched interests governing the pace of driverless-car development and deployment in the U.S. while it takes its vision overseas. nuTonomy’s focus on driverless taxi fleet services rather than just driverless cars, as well as its work to establish itself in a place that is particularly supportive of innovation, and where none of the other competitors has a foothold, sets it apart.

Driverless taxis are a good place to start. They eliminate the cost of a human driver, enable high utilization, and favor electric vehicles (which are less expensive to manufacture, operate, and maintain), and in the process, they allow for radically new business models.

Further, driverless taxis can make constant mobility, on demand, at a much lower cost than owning an automobile a reality. People spend millions of dollars to own, store and service automobiles; communities spend billions on public transportation. Autonomous taxis could shift all of those expenses.

Singapore is fertile ground for this innovation. As an island nation, its urban density and finite space make it particularly sensitive to traffic congestion and land use. Roads consume more than 12 percent of the island’s area. Its aging population and limited workforce of potential professional drivers makes mobility for non-drivers an urgent policy imperative. Today, Singapore imports half of its bus drivers from other countries. Its environmental conditions — modern infrastructure, flat terrain, warm weather (no snow or ice), and well-marked roads — simplify the introduction of driverless cars. Finally, the nation’s strategic focus on fostering a high-tech, knowledge-based economy makes it unusually open to driverless-car innovation, and its tight-knit, efficiency-oriented government makes it easier to manage regulatory constraints.

Singapore has a long history of public and private support for driverless-car research, development, and testing. An area of the island center is currently open to real-world testing, and plans are in place for eventually opening up the entire island to driverless cars.

nuTonomy believes driverless taxis in Singapore will be the catalyst for adoption of autonomous vehicles.

Already there is a body of experience to draw upon. Frazzoli, nuTonomy’s CTO, has been conducting driverless research in Singapore since 2009, through a partnership between MIT and the National Research Foundation of Singapore. His research focuses on the complex decision-making rules that govern autonomous driving — a factor that is especially important in “edge cases” where the car must break the rules of the road in order to operate safely and efficiently. For example, when should a driverless car cross solid-line lane markers to go around a double-parked car? When confronted with a police officer directing traffic and posted signs, which should it obey?

The research also looks explicitly at autonomous fleet management (pdf). nuTonomy has developed algorithms that coordinate and balance a fleet of driverless cars based on historical and real-time demand and road conditions. The result will almost certainly outcompete today’s taxi and ride-sharing companies. Human drivers rove, competing for fares, with little ability or incentive to optimize system-wide service. Inefficient routing wastes miles, adding to costs, congestion, and poor service. It leads to supply imbalances, lengthier wait times, and, in some cases, surge pricing.

In an interview, Iagnemma, nuTonomy’s CEO, told me of his ambitious plans, including a major demonstration in 2016. He envisions building a fleet of fewer than 100 cars for the first operational pilots, then launching expanded and more sophisticated pilots, and ultimately launching a “radical expansion.”

Singapore’s leaders are equally ambitious. Pang Kin Keong, Singapore’s Permanent Secretary for Transport and chair of its Committee on Autonomous Road Transport, talks about “radically transforming land transportation in Singapore,” not just “to address our two key constraints — land and manpower,” but to “gain valuable insights into how we can design our towns of the future.” That last phrase is the real incentive for both the company and the city-state. Because success includes lessons far beyond technology, it will be hard for others to copy from afar. But it can be taught. In the same way that the Netherlands exports its hard-won expertise in flood prevention and holding back seawater, Singapore could become the go-to resource for making driverless vehicles work. Then nuTonomy could provide products and expertise that move around the world, from one nation to another. Together, or possibly separately, nuTonomy and Singapore could demonstrate the value of autonomous vehicles while making Singapore a first-mover nation.