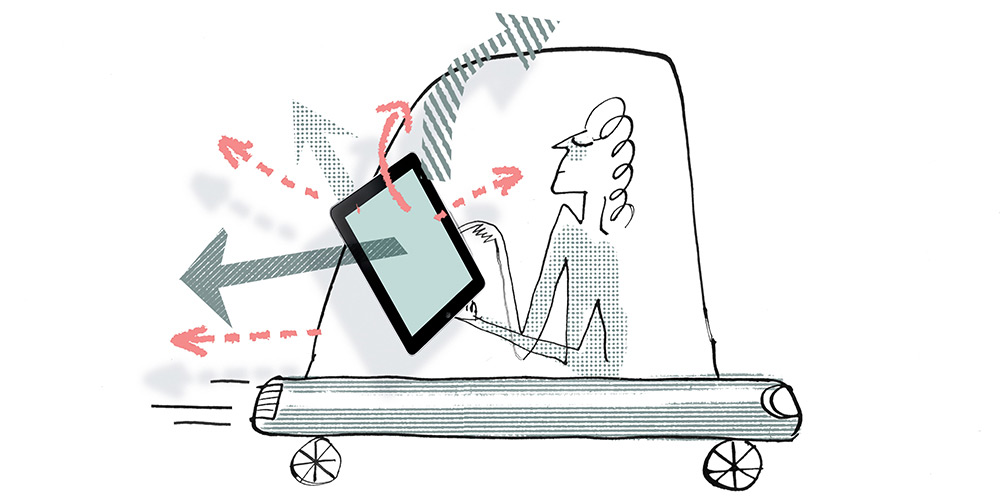 If someday you no longer need to drive when you’re in your car, what will you do instead? Comfort, convenience, and entertainment already matter to drivers. But when drivers become passengers, these aspects of the in-car experience — centered on a new screen built into vehicles that will also enable more productivity — will matter even more and will create a vibrant “fifth-screen” economy.

As driverless cars start to coexist with traditional ones and dominate in a few specific markets, carmakers will need to prioritize these in-car experiences to be able to compete for consumers.

How and where driverless cars will advance

In many parts of the world, driverless cars won’t make sense anytime soon. A robotaxi fleet won’t be economical in sparsely populated rural areas. Electric cars, which most autonomous fleets will rely on, don’t have the range to serve sprawling metropolises such as Los Angeles or São Paulo. Even in regions where the technology and economics offer real benefits, politics and consumer preferences may stunt the proliferation of driverless cars.

But in some parts of the world — especially in densely populated cities with low car ownership and forward-thinking governments — technology, economics, political will, and consumer preferences should combine to drive adoption. Research (pdf) by Strategy&, PwC’s global strategy consulting business, estimates that by 2030, 42 percent of vehicle transport in China will be autonomous, as will 21 percent in Europe and 5 percent in the United States. And PwC’s 2019 Global Consumer Insights Survey shows that 22 percent of consumers would like to have an autonomous car right now and 24 percent would consider one in the future.

Those statistics present a challenge for carmakers, which will have to figure out how to reach, engage, and win over consumers who won’t have their hands on the wheel or their eyes on the road. Car buyers absorbed by their in-transit screens will no longer care as much about the way a vehicle drives — how it feels, its speed, its smoothness — so carmakers will need to differentiate themselves and find selling points based on customers’ new priorities.

One way to view the evolution of consumer experience is as a history of screens. The first screen that really mattered was the cinema. Then came television, computer screens, and smartphones, each with experience ecosystems and related economies. We are now about to see the rise of the fifth screen: a big, interactive one in your personal car, shared car, or robotaxi. Passengers will use this fifth screen for entertainment, shopping, and work. It will integrate seamlessly with their smartphones and computers.

The fifth screen’s quality and convenience will certainly help determine which vehicle consumers choose to buy, share, or hire. It will also be the doorway into new revenue and branding opportunities.

An urban commuter of the very near future will be able to take a work call on her smartphone, then step into a driverless car that turns that call into a video conference on the fifth screen. This fifth screen will provide a virtual keyboard and enable voice interaction so she can modify the document under discussion while she rides in the car. When her work is done, she’ll use that screen to do some shopping, pay bills, and finish watching the TV show she had started at home the night before. As the car drives by stores, ads for those stores will pop up on her screen, and because the screen tracks her eye movements, ads that don’t interest her will rapidly disappear.

Carpools will be transformed by the fifth screen, too. In shared cars, the inner membrane will transform into multiple ubiquitous screens, each tailored to a different passenger’s wishes. Audio will be delivered through personal listening devices. And each screen will anticipate the individual’s needs (weather, news, local restaurants, entertainment).

The company that offers this fifth screen experience, and all of the work, play, shopping, communicating, and banking that its platform permits, will have a central role in people’s digital lives — as central, perhaps, as the role that current digital platform providers enjoy.

This fifth screen’s quality and convenience will certainly help determine which vehicle consumers choose to buy, share, or hire. It will also be the doorway into new revenue and branding opportunities. It will be the center of a new economy.

Given the likely centrality of the fifth screen to the digital economy of the coming decades, the companies that currently dominate our computer and smartphone screens are ramping up to dominate it, too. Can car companies compete with digital natives on their own turf? Should they even try?

As I see it, there are three options for automakers in the coming fifth-screen economy:

1. Double down on existing strengths. Focus on producing better cars, while abandoning the fifth screen to digital native companies. Companies that do this will essentially become the suppliers of hardware (cars) to the tech companies that will control the in-car customer experience.

2. Partner with digital native companies. Let each side bring its strengths to the table and collaborate, building the optimal in-car experience together. Considering some tech companies’ giant size, carmakers that choose this route may first want to seek alliances or consolidation within the auto industry to have a stronger bargaining position.

3. Compete head-to-head. Carmakers with healthy cash flows, advanced technology, and skills in acquiring smaller tech players may try to beat digital native companies at their own game and seize the lion’s share of the new, consumer-centric mobility economy.

All three options could be profitable, though carmakers who take the first route should be aware that in a driverless future, operating margins and ROI on vehicles will likely drop. To choose the right option, carmakers will have to answer these questions:

What are our capabilities today? A few carmakers are already essentially digital companies that happen to make cars. Some also have deep pockets to finance further research.

What’s our strategy for capabilities tomorrow? To compete aggressively in the fifth-screen economy, carmakers must be planning to design not just brakes and transmissions, but human–machine interfaces.

How skilled are we in high-tech acquisitions? Too many carmakers have paid too much for too little return. Profitable acquisitions depend on the ability to identify a new technology at exactly the right moment: after it has proven its merit but before it is in the market.

Can we build strong partnerships with cities and digital-native companies? City governments, especially in Asia, will drive the implementation of driverless technologies through regulatory changes and perhaps (given the possible benefits autonomous cars could create for traffic congestion and urban life) financial incentives, too. Digital-native companies can help carmakers create those fifth-screen experiences. But companies have to consider whether their cultures will mesh and what their partnering track record is.

What do our end-users want? Some companies — especially those with significant Asian operations — might already have a customer base that is eager for shared, driverless cars.

Get ready for a future of coexistence

I encounter a lot of wild predictions about a fully driverless future; I also encounter some skepticism about whether driverless tech will ever be practical at scale. As I see it, cars with a human driver and an internal combustion engine will be a fundamental form of transport for the foreseeable future. But driverless technology is maturing and demand is growing. So I expect a future in which driverless and traditional cars coexist.

Even a partially driverless future will mean gigantic new opportunities. Strategy& research estimates that by 2030, mobility-as-a-service will be a US$1.4 trillion market. The companies that win this market will be those that offer the most convenient, entertaining, productive, and customized experience, with the fifth screen at the center of that experience — and at the center of the digital economy. 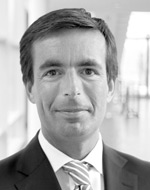