When gas prices are high, and remain persistently high, U.S. consumers tend to choose smaller and more fuel-efficient cars. When gas prices are low, and remain persistently low, Americans tend to choose bigger, more muscular cars — especially pickup trucks and SUVs. Because cars are long-lived assets — the typical car on the road today is about 11 years old — this dynamic raises concerns that U.S. motorists are setting themselves up for big problems if gas prices were to rise.

“American Drivers Regain Appetite for Gas Guzzlers,” the New York Times warned on June 24. And as the blog FuelFix put it in May: “One reason to be bullish on oil: surge in gas guzzler sales.” Reacting to June’s auto sales, the Orange County Register lamented that in prosperous Southern California, “sales of light trucks — gas guzzlers that include sports utility vehicles and vans — are up 16.8 percent this year, while traditional passenger car sales are off 2.6 percent.”

Such reactions, while typical and time-honored, are actually a little misguided. And they illustrate how powerful underlying narratives in business and economics need to change to keep up with market realities. For although the cycle we’re seeing in consumer behavior is familiar, the impact of these choices is likely far less environmentally significant than it was five, or seven, or 10 years ago. 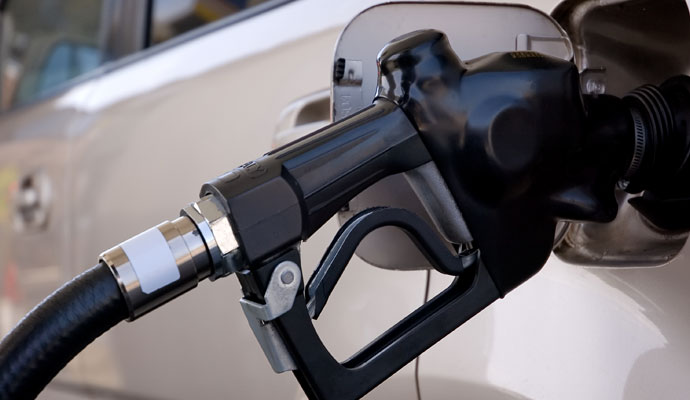 Why? Well, the underlying technology of cars has changed a great deal in the past decade, especially as it relates to fuel consumption. Thanks to the pressure imposed by higher federal standards, new technological developments, and consumer demand, America’s fleet has been growing steadily more fuel-efficient. The baseline for how much even the least-fuel-efficient vehicles get has been steadily rising. One of the more interesting charts you’ll see is the one compiled by Michael Sivak and Brandon Schoettle of University of Michigan Transportation Research Institute, which calculates the median fuel efficiency of a new car sold. The upshot is that since October 2007, when they first started tracking it, the average light-duty vehicle (car, SUV, pickup, etc.) sold in the U.S. has seen its mileage rise from 20.8 miles per gallon to 25.3 in June 2016, an increase of 21.6 percent.

If you visit the New York International Auto Show every year, as I do, you’ll be amazed at the futuristic super-fuel-efficient vehicles on display: the plug-ins, the hydrogen-powered coupes, the all-electric sports cars. But that’s just the sizzle. The steak can be seen in the more prosaic models, on which improved transmission and propulsion systems, more efficient engines, aerodynamic design, and lighter materials are combining to create incremental but noticeable gains each year. (The best-selling pickup truck, for example, uses aluminum instead of steel in its body, thus saving weight and fuel.) Automotive engineers have been applying the idea of constant improvement to mileage for big and small cars alike. And the results have been significant, as a simple visit to Fueleconomy.gov will show.

In my driveway, there is a 2008 Jeep Grand Cherokee with four-wheel drive that gets about 12 miles per gallon combined (city and highway mileage). There’s also a 2012 model that gets about 19 miles combined — that’s still not great, but it represents an improvement of nearly 60 percent over the gas guzzler in my driveway. The 2016 model of the same car gets about 24 miles per gallon. That’s not a fuel sipper by any means. But it is twice as good as the one of eight years ago.

And, by the way, 24 mpg is exactly the efficiency boasted by the 2008 Chevrolet Malibu, a basic sedan that nobody would have regarded as a gas guzzler then, or now. (For comparison’s sake, the 2016 Chevrolet Malibu hybrid gets 46 miles per gallon.)

What does this mean? If it is replacing a 10-year-old SUV, a new SUV will actually represent a significant improvement to the U.S. fleet’s overall efficiency — it may be twice as efficient as the one it is replacing. The same may hold for a new sedan. In absolute terms, the mileage numbers of the fleet of cars that hits the ground in the U.S. each month aren’t bad; in relative terms, they’re fantastic.

The underlying standards and technology have improved to the point where yesterday’s fuel-efficient sedan is today’s comparative gas guzzler, and today’s SUV would have been a fuel-efficient standard by 2008 guidelines.

The underlying standard and technology have improved to the point where yesterday’s fuel-efficient sedan is today’s comparative gas guzzler.

This is a cycle we see elsewhere. In stores today, you can’t buy a modem with 1,200 baud, or a personal computer with a 1 gigabyte hard drive, or a television illuminated by a cathode ray tube. With these products, the floor has risen so rapidly and persistently that the worst you can buy today would have been the best you could have done several years ago.

The change hasn’t been nearly as drastic in cars — Moore’s Law applies to silicon, not to steel, but the thrust is the same. Continuous improvement, rising standards, and the adoption of new technologies can subtly shift the underlying realities of an industry over time. The U.S. produces vehicles that get a wide range of mileage. But it simply doesn’t produce cars that get virtually no miles per gallon (remember the Hummer?). A growing number of cars manufactured each year don’t use gasoline at all. And the basic vehicle on a dealer’s lot gets significantly better mileage than its 2012 or 2008 analog.

The economist John Maynard Keynes famously suggested that when the facts change, people should change their mind. The same holds for how we analyze and react to trends. When the underlying facts change, you have to change your narrative.