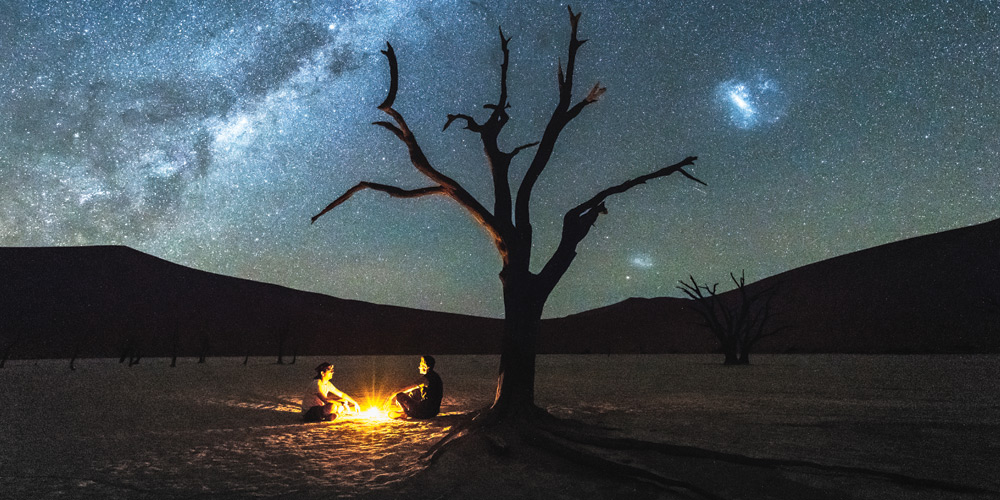 When Annette Simmons first published The Story Factor in 2000, she was an advertising executive turned corporate trainer and facilitator who’d become fascinated by the American storytelling movement. At the conferences, colleges, and festivals where storytellers gather, she saw firsthand how narratives have a compelling force that people can use to get their point across. Her goal in writing the book was to help business leaders, like those she worked with, learn an unfamiliar technique that would improve their communication prowess.

With her third edition of the book, published in 2019, Simmons has changed her focus. Business leaders now recognize the value of storytelling. Many have learned to start their presentations with an anecdote, even an anecdote about themselves. Now it’s time to take the idea a step further. A story is more than just a vehicle for influencing others — it’s a form of reflection going back centuries, a way to gain a deeper, more inclusive, and ultimately more useful point of view.

Simmons recently sat down with strategy+business to discuss the latest edition of The Story Factor.

S+B: What's changed about your thinking since you first published your book?
SIMMONS: The first edition of my book was based on the idea that instead of telling somebody what to think, you could tell them a story. You could take them through an imaginary set of events where it would become obvious what was going to happen next. You and your listener would come to a mutual conclusion about what to do. The power of your story depended on a single perspective: You would determine what the conclusion should be, track how to get there, and take your listener on a field trip of sorts to that destination.

My update of the book acknowledges the importance of stories that reveal multiple perspectives on a situation. It’s like that old metaphor about blind people touching different parts of an elephant. Sometimes we have to take the hand of those who think that an elephant is merely the trunk and walk them over to where they can touch and feel the leg or the side so they understand that there’s more to the situation.

If we tell the right story, both the storyteller and the listener end up with a much bigger picture. We don’t have to debate who is right; we come to a mutual understanding, and that leads us to more creative solutions — solutions we couldn’t have figured out individually.

Senior executives often get attached to a point of view related to their ego. Proving their own worth and value is part of their frame of reference. But as a storyteller, without poking someone’s ego, you can open yourself up to a larger frame of reference.

S+B: For example?
SIMMONS: I have been telling one story for 25 years. It’s about my dog, Larry, who was a racing greyhound. He didn’t understand the concept of a leash; he didn’t realize that if he walked around one side of a telephone pole and I walked around the other side, we weren’t going anywhere.

When I tell this story, I say, “He’s my dog, and I’m boss. But you know what? Until I back off, he’s not going to back off either. If we both back off, then we can go around the damn telephone pole.”

I use this story when working with people on a team who disagree. They are typically committed to maintaining their point of view and communicating it so that other people give in. They have an implicit theory that — keeping with the dog analogy — if they just keep on forging ahead, they’ll drag the other people around to their side of the pole. But since both sides believe this, they get caught up in this seemingly insurmountable disagreement. It’s frustrating. Both groups are trying to go forward, and they see the other side trying to go forward, and yet, they are all stuck at an impasse.

The story tends to change the context. It makes people stop for a minute and think, “My goal is no longer to make you think like I think. My goal is to create some space so that we can both share what we think, compare notes, and create a new point of view, a much broader point of view.”

S+B: So the story affects the focus of their attention.
SIMMONS: Yes. And when you change what someone pays attention to, then you change the conclusions they come to.

S+B: What do you think leaders need to change right now regarding the ways in which they pay attention?
SIMMONS: It has to do with the circle of moral concern that leaders hold, for themselves and the organization. Some leaders tend to have a large circle of concern: They’re thinking about the effects of their decisions on a large group of people, now and into the future. Others think in a smaller circle: who they have to please and how to get it done. A leader’s ability to be strategic is a function of having bigger circles of moral concern. But that quality doesn’t just make you strategic. It also has the capacity to make you a more ethical leader.

S+B: What does that have to do with storytelling?
SIMMONS: Stories have always been about ethics. They help listeners find the right path in the face of ambiguity and competing desires. The King Midas story juxtaposes commercial desires against social desires. Narcissus was so entranced with his reflection in the water, he died of thirst. The morals expressed in story form teach us how to negotiate the paradoxical dilemmas that all businesspeople — that all humans — must navigate and reconcile: growth and sustainability, freedom and safety, inclusion and exclusion, control and collaboration.

And the stories you pick to tell can change your view. Truly powerful stories — like the fables and myths — tend to take small circles of concern and make them bigger.

S+B: How so?
SIMMONS: It has to do with the question of who matters. For someone with a small circle, there is a list of maybe only 10 people who matter. But if you adopt a broader story — let’s say a hero’s journey, where the protagonist grows wiser from a difficult experience — then you’re talking about an exploration into the unknown. That’s going to attract a whole host of characters. These characters represent a much wider range of people.

When you tell stories only about people in the abstract, they don’t affect your thinking process. But when you use your imagination to bring them to life — to see, hear, smell, taste, and touch the people and the elements of the scene around them, because those sensations are part of the story — then that changes the way you think about them.

And a broader story also changes the way you think about ethics. Ethics isn’t something you can nail down in a list of laws. It is a philosophical practice of continuing to test and retest the consequences of your actions and their effect on others. Stories are patterns of decisions and their consequences. They bring these patterns of cause and effect to life.

For instance, the old Aesop fable of the fox and the grapes: If you continue to compare what you can create with what you can’t, you’re just going to end up depressed and giving up. It’s like the experience people have of going on the Internet and comparing the life they have with the life that others seem to have.

Themes related to ethics are robust; they reappear. One of the ways that we can make sure that we’re improving our own patterns of behavior, and avoiding bad consequences, is to read good fiction, particularly the fiction based on these old archetypes. The most valuable stories have not become outdated, even with technology. And when you pay attention to them, it changes everything.