Bottom Line: In mature product categories, the top companies usually compete fiercely for one another’s customers. But they might be better off focusing on the fringe consumers who haven’t yet picked a side.

In well-established industries, which are usually dominated by only a few leading brands that have built up trust and stability in the minds of many consumers, growth tends to stagnate or even decline. In these mature sectors, where innovations are incremental at best and distribution efforts have little room to expand, conventional wisdom suggests that the only way top companies can grow even slightly is to lure precious customers away from rivals. Hence the intensity of advertising campaigns designed to undercut the competition, the use of loyalty programs to keep a company’s own customers on board, and, most notably, the periodic price-cutting promotions that strive to persuade people to switch brands.

But in reality, are most of these efforts wasted? After all, if the prevailing belief about the intensity of competition in long-developed sectors is true, shouldn’t customers be continually switching between brands as a result of the latest marketing campaign or price reduction? 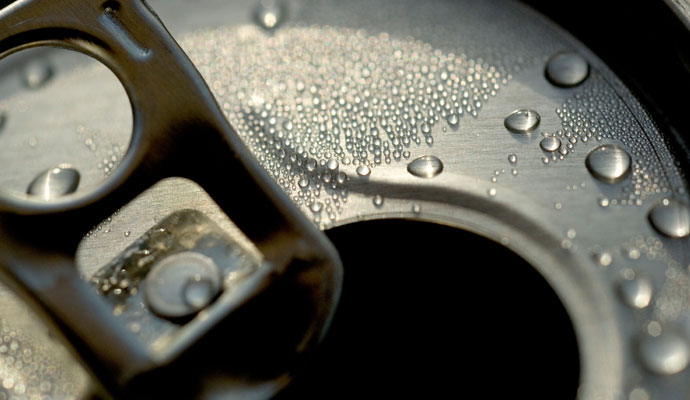 To provide an answer to these questions, the authors of a new study analyzed the cola wars — a cheeky term coined during the Cold War to describe the long-running struggle between Coca-Cola and Pepsi for dominance of the soda market. Both firms used marketing tactics to differentiate themselves — recall, for instance, the “Pepsi Challenge” blind taste test to see whether consumers liked Pepsi or Coke better, and the iconic “I’d like to buy the world a Coke” jingle. They also staged periodic price wars, which led to little shift in market share on either side, but resulted in a substantial hit to profitability for both companies. Sponsorships have also been a battleground.

If advertising becomes less convincing as consumers come to refine their brand preferences over time, and price wars leave nobody a winner — the U.S. airline industry, for example, lost US$13 billion in just four years after a price-slashing craze in the early 1990s — that leaves product development tweaks as the most likely way to differentiate a mature brand. And in the cola industry, even slight innovations on one side have been mimicked on the other. Coke introduced a caffeine-free drink just one year after Pepsi’s version hit the market in 1982; later that decade, Cherry Coke quickly found itself going up against Wild Cherry Pepsi; and more recently, Coke Zero and Pepsi Max have competed for the consumer with a taste for low-calorie sodas.

The authors analyzed a database on consumer shopping history maintained by the University of Chicago and the Nielsen Company. The data includes information on more than 1.4 million product bar codes along with purchase locations and demographics for the more than 62,000 participating households across the United States. Over one year, the authors tracked sales in terms of volume purchased of both regular and other varieties of soft drinks, which they chose as a study focus because of the industry’s level of maturity: Stores typically stock a similar number of Coke and Pepsi products, and the prices are quite consistent within markets. Although Coke sells slightly more than Pepsi, the authors found, the two represent almost half of the soda market share, with no other individual brand even coming close as a third competitor.

Because casual soda drinkers generally don’t reflect true loyalty to a particular brand, the authors focused their analysis on households that purchased a majority of either Coke or Pepsi soft drinks. They further broke down the data to focus on heavy-use households — those in the upper half of volume purchased — because these are the consumers who represent the bulk of loyalty purchases and should matter most to a mature firm that’s defending its turf or trying to pilfer a rival’s long-standing customers.

The results showed that even consumers who were not heavy soda drinkers were remarkably loyal across three levels of the brand: the overarching Coke or Pepsi umbrella; individual product categories like regular or diet; and further modifications such as diet lime flavor. At the umbrella level, Coke retained 94.4 percent of its loyal households from one quarter to the next; Pepsi kept 91 percent. At the individual product category level, 90.5 percent of regular Coke and 88.9 percent of regular Pepsi drinkers remained loyal, and the vast majority of consumers of low-calorie Coke (92.5 percent) and Pepsi (87 percent) also stuck to their preferred brand. Loyalty rates were even higher at the modified brand level. People drinking caffeine-free sodas tended to stick with their chosen brand (95.9 percent for Coke, 94 percent for Pepsi). These preferences hardened even further when the authors analyzed the subset of heavy-use consumers, whose preferences appear all but set in stone.

Even consumers who were not heavy soda drinkers were remarkably loyal across the brand.

These incredibly high loyalty rates don’t necessarily mean that old brands shouldn’t keep trying new tricks to win over consumers, the authors write. By opening the playing field to spin-offs such as cherry-flavored sodas or unique packaging designs, mature firms force their competitors to devote resources to fighting on new fronts, while also satisfying customer demand for new types of products — even if they ultimately prove unsuccessful.

In other words, the cola wars have settled into something more like a truce, with an implicit agreement that the brands can coexist. These mature brands have solidified their consumer base — especially the most die-hard lovers of a particular soda — to the point that the real competition exists at the periphery, the authors suggest. Rather than spending advertising dollars on (most likely) futile attempts to snag lifelong customers, managers of mature brands should consider targeting “fringe” consumers who may not be beholden to a particular brand, or even a product category.

As one former Pepsi executive told researchers for a study in 2009, “We thought of the market as ours, theirs, and up for grabs.” By rejecting the long-standing assumption that mature companies should compete for “theirs,” companies can instead focus on the “up for grabs” group — the relatively narrow slice of consumers who have yet to choose sides.