The Federal Reserve, the central bank of the United States, has one job — well, two jobs, actually. Under its dual mandate, it is supposed to encourage maximum employment while at the same time promoting price stability.

For much of history, the challenge for central bankers has been to keep inflation below the target limbo bar. But for the last decade, the Fed has had difficulty getting inflation to rise to that level, as measured by the personal consumption expenditure (PCE) price index. As economist David Beckworth notes, for the last several years, the Fed has had a target of inflation for about 2 percent. But in each year for the past decade, the PCE has been below that. The PCE, Beckworth notes, “has averaged about 1.5 percent since the recovery started in mid-2009.” That may not sound like much of a difference, but it means that inflation has steadily undershot the explicit target by about 25 percent, year after year. 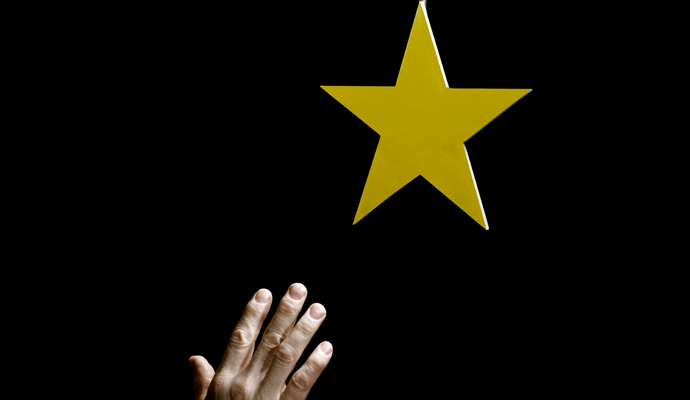 Now, this isn’t to pick on the Federal Reserve, which is a generally excellent central bank (the U.S. is now about to enter its ninth year of expansion). Similar challenges hold true for all kinds of organizations. There are companies that issue aggressive earnings expectations year after year that they fail to meet. There are nonprofits that promulgate a highly public fundraising campaign that routinely undershoots expectations. Many schools are not able to raise graduation rates or test scores to mandates over extended periods. And there are sports teams that chart a record of one winning season in 12 years (ahem, Philadelphia 76ers).

But this should be raising some eyebrows. Let’s say you have an explicit, simple, highly public mission or organizational goal. Let’s also say you think you have the tools and resources at your disposal to achieve that goal — I mean, the Federal Reserve can unilaterally pump large amounts of money into the economy. And yet, despite the best intentions and diligent work, you fail to reach that goal every year for several straight years. What do you do? How should leaders react?

The easiest way might be simply to hold to the general mission (we want to win, make profits, keep inflation tame) but to adjust the particulars of the expectations. Indeed, one of the best ways to change perceptions of your performance is to change the metrics by which your success is judged. In some instances, that can mean lowering the bar to a level that is easier to clear. But doing so can take you down a notch or two in the eyes of stakeholders. Two percent annual earnings growth is a more realistic and achievable goal than 10 percent, but it’s also less appealing to investors. Most sports teams would be better off vowing to have a .520 winning percentage than to promise a title. But doing so would likely depress fan enthusiasm and ticket sales.

Organizations can also respond by changing leaders. In athletics, sports teams that endure several poor seasons in a row are prone to firing coaches or general managers (like Phil Jackson of the Knicks). And the challenge of meeting tough earnings expectations is one of the reason that CEO turnover at big companies has been elevated in recent years.

Sometimes the root cause goes deeper than expectations and personnel. It could be that the equipment, tools, and resources you have at your disposal simply are not in fact adequate for meeting the task. A school tasked with upgrading reading skills of students dramatically that doesn’t hire reading specialists, or that cuts budgets to the point where there are 50 kids in a classroom, isn’t likely to meet the goal.

In some instances, the response may be to note that the context in which you operate has changed in some significant way from the time when the goal was set — to the point where achieving the mission may be something close to an impossibility. That may sound like a cop out (It’s not me, it’s the world!).  But given the pace of technological change and disruption, it’s a realistic explanation. Looking back, it wouldn’t have been logical to expect sales of horses to rise dramatically after the advent of the tractor and the Model T. Just so, it’s not realistic to expect that a newspaper can report impressive growth in classified advertising sales.

Sometimes the root cause goes deeper than expectations and personnel.

Which brings us back to the Federal Reserve. It’s possible that technology, globalization, and other powerful forces have unleashed a series of simultaneous, interdependent, remarkably powerful deflationary forces into the economy. Year after year, the cost of information, computing power, and communications is falling. The relentless optimization of production and supply chains continues to drive costs out of the system. Industrial technologies like fracking have liberated vast new supplies of oil and natural gas, which have kept energy prices low in the U.S., which in effect trickle down to the rest of the economy in less-expensive goods and services. The relentless growth of e-commerce is placing pricing pressure on retailers. The threat of automation is enabling employers to hold the line on wages as they bargain with workers. And this process is just getting started. The forces of artificial intelligence, machine learning, the Internet of Things — smart software and algorithms, sensors, cloud computing — are driving costs out of all sorts of processes and are enabling companies to profit without raising prices.

Considering the power and magnitude of these forces, which are tamping down inflation, it’s not that surprising that the Federal Reserve is having difficulty meeting its targets.