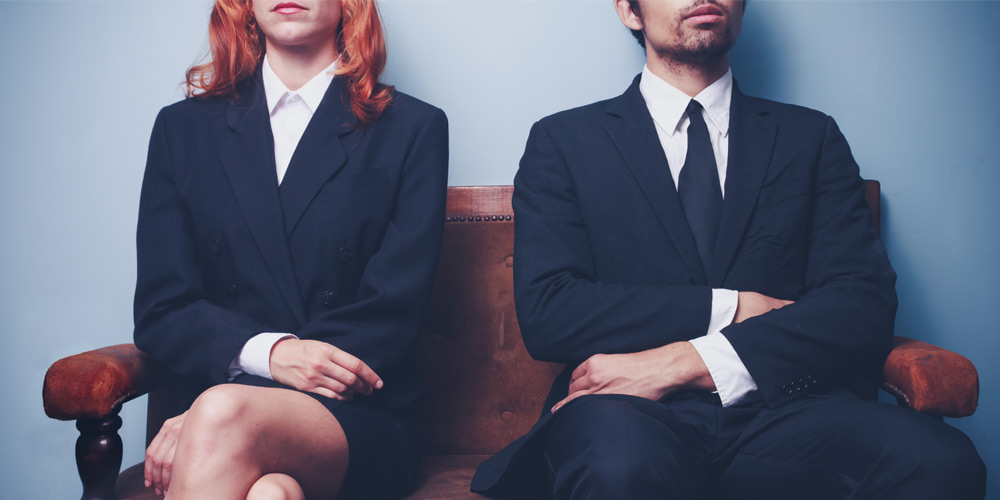 During the COVID-19 lockdown, married couples have unexpectedly found themselves becoming office mates. Working from home has its charms, but conducting too many Zoom meetings in spare bedrooms can test the work–life balance of any couple. The inevitable interpersonal tension has caused attorneys to predict a surge in divorce cases; media reports in China already point to spikes in the divorce rate in the regions hit hardest by the virus.

It stands to reason that CEOs will not be immune from the uptick in divorce proceedings: Given their overarching responsibility for corporate strategy, CEOs face even more pressure than usual in times of crisis or uncertainty. And that should be cause for concern to shareholders and boards of directors, according to a new study (written before the coronavirus outbreak). That’s because after CEOs get divorced, the author finds, they curb their business ambition — but at the same time, they typically get a hefty raise.

After CEOs get divorced, the author finds, they curb their business ambition — but at the same time, they typically get a hefty raise.

The impact of divorce is just one of the events in a CEO’s personal life — such as a vacation, protracted illnessPDF, or death in the family — that has repercussions in the CEO’s professional productivity and the firm’s performance. Because uncoupling is typically associated with a substantial loss in wealth, divorce provides a unique opportunity to analyze how changes in both CEOs’ home life and their wealth affect their running of a company.

Combining data on executive compensation, stock prices, and firms’ accounting returns, the author analyzed a sample of 80 divorce cases over a 16-year period. All involved CEOs at S&P 1000 firms, primarily from the U.S. and all quoted on U.S. stock exchanges. (CEOs who’d spent less than a year leading their firm were excluded from the study, given the shortage of data on their performance in the role.) Information on CEO divorces came from a variety of sources, including personal and corporate websites, media reports, and public records databases.

From the year preceding a divorce to the year after, the author found, the average CEO in the study received an increase in salary of US$150,000; bonuses of $260,000; restricted stock grants of $450,000; and option grants of more than $1.2 million. It added up to more than $2 million in additional compensation per CEO. And that was after the author controlled for a variety of factors that could otherwise account for this substantial raise — including firm size, growth, cash constraints, and CEO age and gender. The author also compared the firms with divorced CEOs to a similar set of peer firms with non-divorced CEOs, and found no similar spikes in compensation.

How to account for these raises? Are CEOs marching into boardrooms and demanding that firms help refill their depleted bank accounts after a divorce settlement?

The most likely explanation stems from the kind of financial hit a CEO can incur during a divorce. The breakup is likely to make CEOs poorer and, as a consequence, more risk averse. The author found that CEOs going through a divorce are significantly less likely to take investment risks at their firm — which is a problem if they miss exploiting fast-changing market opportunities, but possibly useful if the firm needs to consolidate its financial position. This risk aversion is manifested in several ways: In the year of a CEO divorce, firms have less volatile cash flow and expenses, lower equity risk, and fewer abnormal accruals on their accounting ledger.

The author chalks up this cautiousness to the fact that CEOs typically forfeit cash and real estate holdings in divorce settlements. When they have less cash in the bank and fewer assets overall, their personal portfolios become more concentrated on stock options in their own firm. (There are contractual and legal limits on CEOs selling their own firm’s stock.)

If, after a divorce, more of a CEO’s personal worth is tied up in his or her own firm’s stock, the CEO has more incentive to play it safe and avoid risks that might drive the share price down. And to incentivize their CEOs to gamble again, firms seem willing to increase their compensation so they can re-diversify their personal portfolios in the year after a divorce, the author writes.

This jibes with previous research that finds wealthy CEOs are more likely to pursue riskier investment strategies. Another study shows that firms try to offset their leaders’ risk aversion by increasing the risk-taking incentives in their compensation packages. Indeed, the author found that risk aversion is most prevalent in CEOs who are not as well compensated as their peers, and who are therefore less able to diversify their portfolio following a divorce.

Despite CEOs becoming more cautious when going through a marriage breakup, there’s no indication they slack off or become too distracted by the legal and emotional drain to perform well at work. The author found no evidence that firms posted lower earnings or sales in the year of their CEO’s divorce, and their return on assets and equity was typically positive.

“These results highlight the importance of CEOs’ personal wealth and, more generally, personal and family life on corporate risk policy,” the author writes.

When evaluating potential or incumbent CEOs, analysts, boards of directors, or shareholders typically consider a range of personal attributes — including experience, age, gender, managerial style, and investment philosophy — that have been recognized as having an impact on their performance.

But divorce is a uniquely personal (and painful) experience, and inquiring about the health of a prospective CEO’s marriage is not a valid part of the interview process. Divorce also usually occurs when CEOs are already in office — meaning that boards or shareholders can’t realistically plan for such a contingency. Some things are out of a board’s control, the author notes, but that doesn’t mean directors shouldn’t be prepared for what’s coming: in this case, a likely hike in their CEO’s paycheck to realign his or her risk-taking incentives.