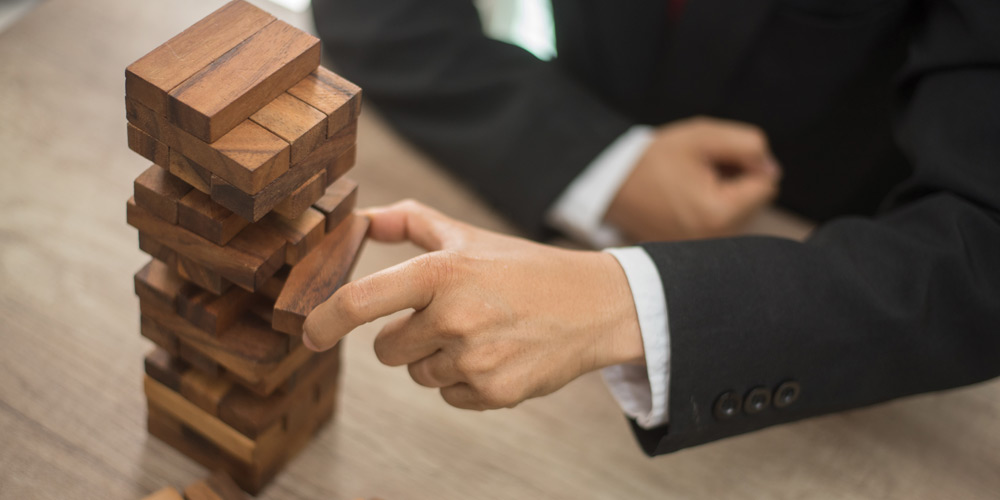 The recent ousters of prominent CEOs over personal missteps, whether over a questionable relationship or reckless behavior, are drawing newfound attention to a connection that boards have long overlooked: the link between social risk-seeking behaviors and the risk decisions CEOs make on the job.

“We’ve definitely seen an uptick in CEO departures in some way explained by personal misconduct,” said Andrew Challenger, vice president of Challenger, Gray & Christmas. The Chicago-based outplacement firm found that in a record-setting year for CEO churn, 10 CEOs left for reasons related to personal behavior from January through October 2019. “CEOs are being held more responsible, and boards are stepping in, in a different way than they did a decade ago,” Challenger said.

The company has been tracking scandal-related CEO departures since 2013 and saw a significant uptick in late 2017, as a series of sexual scandals hit the news and prompted many women to share their #MeToo experiences on social media. “People are paying attention to personal conduct of CEOs in a way they didn’t do a generation ago because of social media,” Challenger said. “The #MeToo movement is part of that, and I don’t see it going away anytime soon.”

Obviously, companies don’t like reputational risk. But that’s not the only reason to be wary of CEOs with messy personal lives. Such lives may predict bad risk decisions when it comes to finance, strategy, or other operational issues.

People expect CEOs to be risk takers, which makes sense given the nature of the job. That belief may be why corporate boards have been relatively forgiving of the kind of eccentric, grandiose, and sometimes dangerous behavior that the media laps up — and that the public and investors question when it is exposed. After all, it matches the “risk seeker” stereotype.

But the #MeToo movement and the occasionally egregious behavior of bubble-economy CEOs suggests that times are changing. Boards and shareholders want to be confident not only that CEOs are comfortable taking business risks, but that they have good judgment about which risks to pursue and when to take a pass.

“CEOs meaningfully outscore other executives in embracing risk, while still scoring within an optimal range,” the executive search firm Russell Reynolds concluded in a 2016 study based on an analysis (pdf) of psychometric profiles of more than 6,000 CEOs. The best-in-class CEOs also score high on judgment and low on self-promotion; they project a collected demeanor.

So, some risk taking is good, as long as it’s tempered by other character traits. But how can you tell when a CEO is too much of a risk taker? What are the warning signs? Increasingly, scholars of psychology and leadership tell us, the red flags come in the form of personal behaviors and attitudes. Many of the recent high-profile CEO termination cases involve narcissism — that is, a sense of self-importance and entitlement along with a need for admiration and a lack of empathy — and overconfidence, two factors that studies show tend to increase risk taking and decrease judgment.

The management scholars Arijit Chatterjee and Donald C. Hambrick found that narcissists are less likely to pay attention to objective performance measures, while thriving on social praise. What attracts social praise in the form of media attention? Eccentric, over-the-top, socially risky behaviors, of course. In another study, Chatterjee and Hambrick concluded that “narcissistic CEOs favor bold actions that attract attention, resulting in big wins or big losses” — that is, more and bigger acquisitions, and volatility in the performance of the companies they run. At the same time, narcissists overfocus on rewards and underappreciate risks, according to a study by researchers at South Alabama University.

Poor risk judgment outside of the office inevitably finds its way into the office. In fact, research suggests that executives who take more personal risks are more likely to take dangerous business risks.

For example, the authors of a study from the University of Chicago Booth School of Business found traffic infractions and domestic violence are correlated with executives’ tendencies to take liberties with financial and securities reporting. They found a higher incidence of fraud in companies whose senior executives engaged in questionable behavior off the job.

Another study found that misbehavior in the bedroom correlates with shenanigans in the boardroom. Researchers from the University of Texas and Emory University cross-referenced public records with some of the data hacked in 2015 from Ashley Madison, the dating service for people seeking “discreet encounters” (read: extramarital affairs). The cheaters, they found, were more than twice as likely as control group members to have violated professional conduct standards and more than four times as likely to have violated securities laws.

To protect themselves from risk-taking excesses by their CEOs, companies should be alert to the CEOs’ risk attitudes — especially ones that attract attention outside of the office. They also should follow governance best practices. This may include reducing managerial discretion and avoiding the combination of the CEO and board chair roles.

Traffic infractions and domestic violence are correlated with executives’ tendencies to take liberties with financial and securities reporting.

Two Hong Kong–based management scholars, Jiatao Li and Yi Tang, studied nearly 3,000 CEOs of manufacturing companies in China to see how managerial discretion affected CEO hubris. They found that CEOs who had more power to act without board approval, especially those who held both the chair and CEO titles, were more likely to be overconfident and make questionable risk decisions. The report’s authors cited other research showing that CEO hubris led firms to overpay in mergers and acquisitions, miss forecasts, and destroy value.

Boards might also do well to take note of CEOs’ personal investment choices. A 2018 study of Finnish CEOs found that those who hold riskier personal portfolios also tend to take more financial risks at their companies. The study found that the correlation between CEO and firm financial risk was lower at companies with powerful shareholder blocs, where the CEO had been in office less than four years, and when the CEO did not also hold the chair role. In addition, when the CEOs’ personal wealth was closely tied to their firms’ success, they took fewer risks.

The authors concluded that boards could improve performance under a risk-seeking CEO through good governance, a balance of CEO and shareholder power, and the creation of proper incentives — along with making the right CEO choice. “Our results suggest that firms should pay attention to their CEOs’ personal preferences, and either limit their power to make financial decisions or hire managers whose priorities match those of the firm and its shareholders,” the authors wrote.

Ultimately, however, striking the right balance between risk and reward isn’t only a question of what types of behaviors and attributes to avoid. Rather, companies need to identify and seek out personality traits that are more likely to lead to good risk decisions. Those include judgment, honesty, humility, and the ability to seek out and incorporate the best ideas and opinions when analyzing whether a risk is worth taking.