Bottom Line: A study of firms in 43 countries finds that treating employees well pays off.

Does it pay to have happy employees? Companies in the tech sector such as Google, Yahoo, Netflix, and Microsoft have historically led the way in showering employees with perks, ranging from free meals and generous vacation packages to on-site gyms and movie theaters. And now other industries are following suit. The Virgin Group implemented a paternity policy that gives dads up to 12 months of paid leave, for example, and firms in many countries have recently been experimenting with four-day workweeks and other flexible schedules.

But still the fundamental debate rages: Do the presumed advantages in recruitment, retainment, and employee motivation that come from offering these perks show up in the bottom line? Or are they wasteful indulgences? 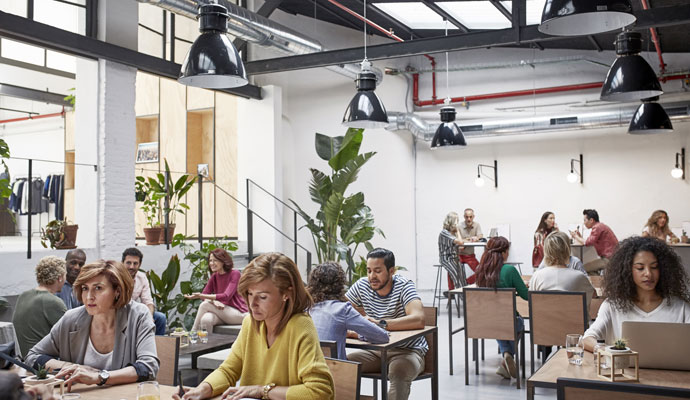 A new study aims to settle the question by analyzing a huge data set on employee relations and company performance, covering almost 3,500 organizations in 43 countries from 2002 to 2014. The data came from Thomson Reuters’s ASSET4 database, which assesses several aspects of workplace culture. The sample consists mainly of large companies, with average total assets of US$4.7 billion, from a wide range of industries. The authors focused on five categories that, taken together, are meant to represent how well firms treat their employees.

The first category is employment quality, which measures on a numerical scale the quality of a firm’s benefit packages and job conditions. The second gauges the health and safety of the workplace. Training encompasses management’s commitment to providing development and educational opportunities for its workers. The fourth category is workplace diversity, which includes equal opportunities for career advancement, and the fifth is respect for human rights and labor laws.

The authors note that their sample is broad, comprehensive, and doesn’t contain many extremes: On one hand, very few companies in the sample experienced strikes that resulted in lost workdays (a sign of an unfriendly workplace), but on the other hand, only 10.8 percent of firms were included in Fortune’s “Best Companies to Work For” list, which usually dominates research into employee-friendly (EF) companies. About 74 percent of the companies had a diversity program, and 62 percent provided skills training for their employees. More than 55 percent established goals based around employee health and safety, while only 33 percent had policies addressing human rights.

After controlling for several firm- and region-specific variables, including company age, debt level, and the GDP growth rate for the country in which a company is based, the authors found that treating employees well pays off: Firms with a higher EF culture score tend to see better returns on both assets and equity than do companies with average or low EF scores. Those with stronger EF workplaces also have higher sales-to-assets ratios, have lower expenditures, and file more patents.

Overall, the findings are consistent with the concept that treating employees well leads them to work harder, be efficient, and do more for the company. Underscoring the importance of regulatory systems, the impact of EF culture on firm value is also stronger in nations with more stringent protections for investors and at companies that have better board governance, more independent directors, and incentive packages for managers that are tied to performance, the authors found. “These results suggest that creating an EF culture is value enhancing when managers make choices (including the creation of an EF culture) that are in line with shareholders’ interests,” they write.

The findings are consistent with the concept that treating employees well leads them to work harder, be efficient, and do more for the company.

Of course, one could argue that the companies with higher EF valuations can simply afford to spend more on their employees to create a more satisfactory workplace, and that having an EF culture doesn’t necessarily lead to better company performance, but vice versa.

However, the authors note that the period of their study allowed them to analyze the effects following the enactment of laws requiring more lenient parental leave in several European countries, which served as a proxy for an improvement to the EF aspect of the workplace. The authors found that the implementation of more generous leave guidelines had a positive effect on the value of firms, especially for those with relatively poor parental leave policies before the laws took effect.

The study period also allowed the authors to examine companies before, during, and after the Great Recession. Companies with a stronger EF culture going into the recession performed significantly better during and after the downturn, the authors found, which suggests that the advantages gleaned from having a happy workforce are relatively sustainable and can make a real and measurable difference during a crisis.