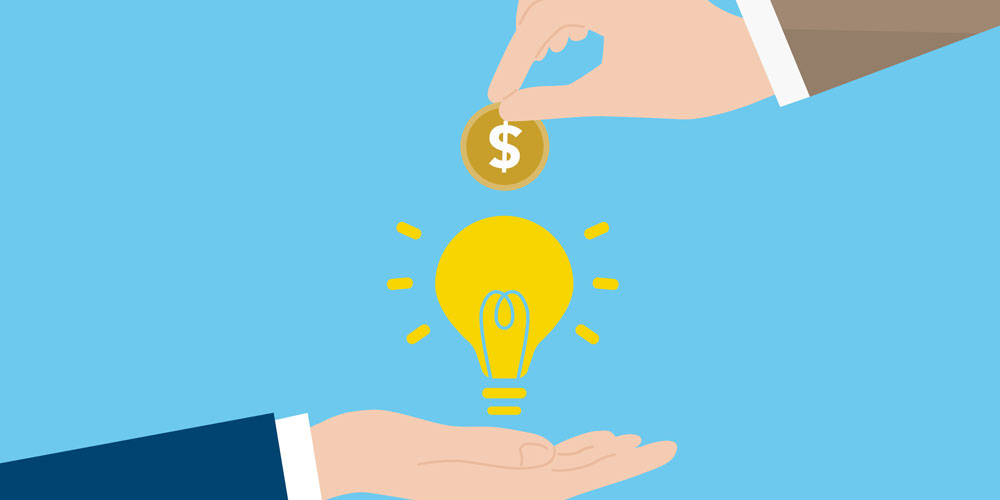 The Power Law: Venture Capital and the Making of the New Future

The last few years have been tough on the reputation of venture capitalists (VCs). Malpractice, discrimination, and poor governance have dogged major companies financed by VCs, which have frequently been characterized as enablers of a reckless, fake-it-till-you-make-it culture among startups. In a critical essay in the New Yorker in November 2020, author Charles Duhigg called VCs “increasingly avaricious and cynical” and accused them of becoming “co-conspirators with hype-artists, handing them millions of dollars and encouraging their worst tendencies.” Duhigg argued that contemporary VCs are exercising less discretion than their predecessors. Instead of getting their hands dirty to craft promising ideas into viable companies, they are spraying money around as if they were making “trading-floor bets.” 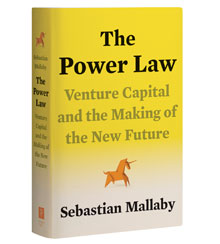 Economic historian Sebastian Mallaby tells the story differently. He believes that the venture capital industry has “a positive effect on economies and societies” and, what’s more, that its model for cultivating innovation has proven so successful that it has assisted almost every large US technology firm over the past 60 years. It is the story of the men behind the industry—and it is almost entirely men—that forms the basis of his new book, The Power Law. Heavyweight and richly detailed, it is both a careering ride through the chaos of startup culture and a sober assessment of how the relationship between founders and their financiers has evolved. But whereas Duhigg sees VCs as asleep at the wheel, Mallaby believes that structural changes have merely weakened their influence, and indeed that it was the sidelining of VCs that led many companies to lose their way.

Given that VCs are now struggling to bring their protégés to heel, it is ironic that venture capitalism began as an exercise in liberation. Mallaby traces its origins to the late 1950s, when a group of eight Ph.D. researchers working for a California semiconductor company sought to escape the suffocating management style of their overbearing boss. As the financial industry was still living in the shadow of the Depression and was highly risk-averse, they believed their options were limited to being hired by another firm. Instead, a family connection led them to a young broker, Arthur Rock, who proposed that they start their own company with a bold new structure. The founders would each put up a notional amount of money for equal shares in the firm. Rock would take a slice, and the funding would be provided by an outside investor, who had the option to buy all of the company’s stock for an agreed-upon price at a later date.

The new company, Fairchild Semiconductor, was a roaring success. Owning a slice of it meant that the “traitorous eight”—as they would later be known—focused as much on speaking to potential customers as they did on lab work. Fairchild succeeded because it combined the scientific and the commercial at the outset. Its backer exercised his option within two years, handing Rock and the eight founders a return of 600 times their investment. Together with a new partner, Rock set about refining his idea. He persuaded 30 rich individuals to invest in a time-limited, equity-only fund that would, in turn, finance a small number of ambitious firms. Two of Rock’s choices paid off so spectacularly that when he closed the fund, seven years later, its value had risen from US$3.4 million to $77 million.

Rock’s stratospheric returns encouraged other early VCs to focus on similar moon shots. This approach brought them into contact with some unusual characters, including Atari’s Nolan Bushnell (“a high-tech Hugh Hefner”), Apple’s Steve Jobs, and Cisco’s Leonard Bosack and Sandy Lerner. Turning their embryonic companies into financial powerhouses required VCs to roll up their sleeves. “We’ll be in it up to our elbows,” cried Tom Perkins, the first VC to “revel unashamedly in the role of promoter and front man.” In practice, this meant showing founders how to run a business: who to hire, how to spot potential customers, and where to spend their money. To mitigate risk, Perkins and others doled out cash in increments, “with each cautious infusion calibrated to support the company until it reached an agreed milestone.” This kind of hands-on activism meant that VCs in the 1970s and 1980s were as much advisors and gurus as sources of funding.

Turning embryonic companies into financial powerhouses required VCs to roll up their sleeves. In practice, this meant showing founders how to run a business: who to hire, how to spot potential customers, and where to spend their money.

This era proved to be the high point for VCs. Never again were they to have such leverage over their founders or such influence in how their companies evolved. Mallaby identifies the rise of internet service companies as the moment that power shifted definitively from financier to founder. Yahoo and Google created code rather than hardware, which meant they did not need the same amount of capital to get started. Three decades of growth in the industry would result in the number of venture capital firms mushrooming, granting founders more options. In 1999, Sergey Brin and Larry Page of Google met John Doerr, one of the most highly regarded VCs of the age. The presentation they gave was 17 slides long and illustrated with cartoons. Five years later, Mark Zuckerberg wore pajamas to a meeting with one of Doerr’s rivals. Neither VC was dissuaded. But although Rock used to demand up to half of the company for his involvement, Doerr and his contemporaries were glad to own an eighth.

The arrival of growth investors put traditional VCs under further pressure. Whereas Rock and his successors regularly got involved long before there was a product to market, others eventually realized there were opportunities further down the line, and provided vast amounts of capital to established firms that they believed had the potential to become many times larger. These investors, who included Yuri Milner and Masayoshi Son, were irresistible to ambitious tech companies. Unlike VCs, which demanded equity in exchange for funding, Milner and Son did not even want to sit on the board. Mallaby argues that huge capital injections by growth investors (and the VCs that chose to compete with them) resulted in greater control for entrepreneurs, but also weaker corporate governance and ultimately overreach and ill-discipline. “Precisely at the point when tech companies achieved escape velocity and founders were apt to feel too sure of themselves,” Mallaby writes, “the usual forms of private or public governance would thus be suspended.”

Still, Mallaby is careful to highlight the efforts made by VCs to rein in, and even remove, their founders. His chapter on the relationship between Travis Kalanick at Uber and his first VC backer, Bill Gurley at Benchmark, is instructive. As Uber grew, Kalanick lost interest in Gurley’s advice. Saudi Arabia’s Public Investment Fund offered to invest $3.5 billion in the firm and expand the board with members picked by Kalanick, further pushing Gurley to the margins. As Gurley fretted about how the Saudi money would be spent (and what this would eventually do to the value of Benchmark’s share), he was given the findings of an investigation into Uber’s work culture. Gurley used its toxic contents to confront what’s come to be known as the “cult of the founder” and eventually pushed Kalanick out of the company. Kalanick’s successor, Dara Khosrowshahi, followed Gurley’s recommendations for stiffening corporate governance, and the company’s 2019 IPO went relatively well. Although it underperformed its peak private valuation of $79 billion, at $69 billion it became one of the ten largest IPOs of all time by market cap—and it delivered Benchmark a 270x return on its investment. As Mallaby tells it, the sober guidance of the VC pulled the company back from the brink.

The tools wielded by venture capitalists are extremely powerful. One VC Mallaby speaks to likens his service to jet fuel. This fuel helped create Cisco, Apple, Google, and all of the firms that work around them. But if it’s pumped into the wrong companies, it can result in spectacular failure. Arthur Rock once said that his decisions on which firms to back would “come from either the seat of the pants or the top of the hat.” In The Power Law, Mallaby makes a strong case that VCs have since become more strategic and analytical in deciding where to wield their power, even if their aim has not always been true.