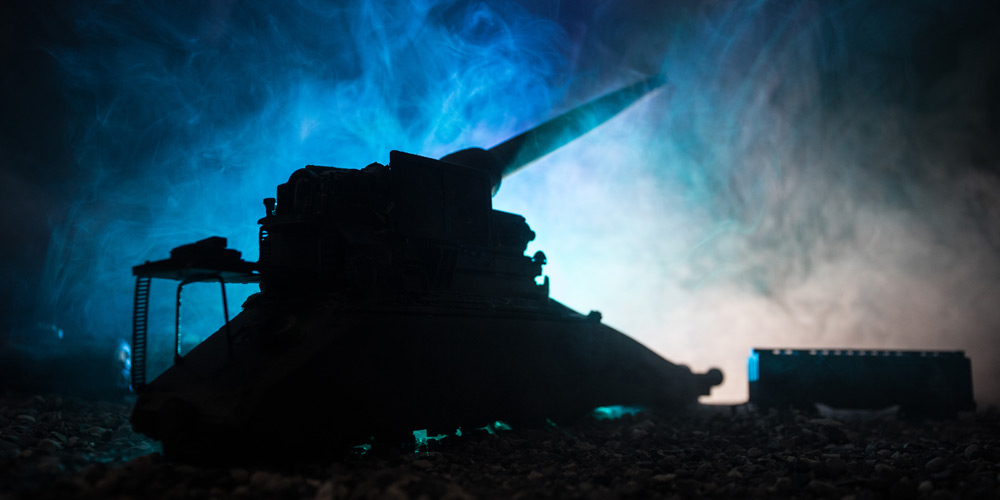 Why do Japanese family businesses manage to survive for so long? One reason may be that, when they lack a suitable hereditary successor, Japanese families will adopt a promising young adult to groom for the role. Almost always men, these outsiders marry into the family and even take the family name. Suzuki Motor’s leadership is a famous example of this tradition, with the company having been run by four generations of adopted sons.

Adoption of this kind — known as mukoyoshi — is virtually unknown in Western business. But it was well established at Undershaft and Lazarus, the explosive fictional enterprise at the heart of George Bernard Shaw’s bracingly funny play Major Barbara. For business leaders, the play is dynamite.

Why should we concern themselves with this long-ago stage comedy? Because there has never been a more important play about business, and many of its central concerns remain contentious to this day — even if it was first produced in 1905. For example: Does it matter, ethically speaking, what a business sells? Are there any customers a firm should turn away? Are there donors a charity should treat likewise? What is the best way to help the poor? And yes — how should a family business handle the problem of succession?

Shaw’s answers are provocative. But provocation was one of the foremost goals of his long and energetic life (1856 to 1950). The most important playwright in the English language since Shakespeare, he rose from nothing to succeed first as a drama and music critic, later winning the Nobel Prize in Literature in 1925 — and an Oscar to boot. (In 1939, he won best screenplay for Pygmalion.) Leave it to one of the theater’s great iconoclasts — a socialist, a vegetarian, a feminist, and an antiwar pamphleteer — to write the greatest argument for capitalism in the history of the stage. And it could hardly be more entertaining.

One reason is the colorful cast of characters. The eponymous Barbara, an idealistic major in the Salvation Army, is about to marry Adolphus Cusins, an intellectual whom Shaw describes as “capable possibly of murder, but not of cruelty or coarseness.” Because Barbara and her two siblings have reached adulthood, their mother, the wonderfully overbearing Lady Britomart, has invited their estranged father back into their lives to pay for the new households they will form.

The problem is that he is Andrew Undershaft, a Mephistophelian munitions tycoon who takes pride in abiding by the “armorer’s faith,” which is to sell weapons without fear or favor to anyone able to pay. The Undershaft motto is “Unashamed.” A consummate theatrical craftsman as well as an indefatigable polemicist, Shaw has made sure to give the devil the best tunes, making Undershaft irresistible. At one point, a cockney challenges him on his wealth.

SHIRLEY [angrily]: Who made your millions for you? Me and my like. What’s kep us poor? Keepin you rich. I wouldn’t have your conscience, not for all your income.

UNDERSHAFT: I wouldn’t have your income, not for all your conscience, Mr. Shirley.

When Barbara asks her father about his religion, he replies forthrightly. “My religion? Well, my dear, I am a Millionaire. That is my religion.” The old devil explains that he considers only two things necessary for salvation: “money and gunpowder.” Without them, nobody can afford much in the way of love, justice, or any other prized ideals.

When Barbara asks her father about his religion, he replies forthrightly. ‘My religion? Well, my dear, I am a Millionaire. That is my religion.’

Everyone wants Undershaft’s money. But given its source, can anyone ethically accept it? And how can the family have any truck with a man who would reject his own children as business successors in favor of an unknown stranger? The Undershaft armaments firm, it seems, has practiced mukoyoshi since its founding during the reign of James I, who ruled until 1625.

Undershaft himself, like all his predecessors atop the concern, is a “foundling” adopted by the man who came before. And although he has a grown son of his own, he’s determined to follow tradition by adopting another foundling to take over. As if to suggest the all-consuming nature of leading such an enterprise, every one of these foundlings takes the name Andrew Undershaft. “From the moment when you become Andrew Undershaft,” he tells one prospect, “you will never do as you please again.”

During a visit to Barbara’s Salvation Army outpost, we learn that hungry people will tell God’s earnest foot soldiers anything they want to hear in exchange for a free meal, after which they are just as impoverished as when they came in. With funds running low, Barbara’s boss announces a challenge grant — from a distiller named Bodger. Undershaft steps up to meet the challenge with a mighty check, torpedoing Barbara’s ideals.

At Undershaft’s company town, meanwhile, the workers lead lives of middle-class comfort and self-respect underwritten by munitions profits. “I was happy in the Salvation Army for a moment,” Barbara tells her fiancé. “I escaped from the world into a paradise of enthusiasm and prayer and soul saving; but the moment our money ran short, it all came back to Bodger: it was he who saved our people: he, and the Prince of Darkness, my papa.”

Shaw himself leaves no ambiguity about where he stands. “Money is the most important thing in the world,” he writes in a biting preface. In Undershaft, Shaw says, he’s created a character who is “conscious of the irresistible natural truth…that the greatest of our evils and the worst of our crimes is poverty.”

Yet Undershaft understands, as every business leader must, that people do not live by money alone. They have loftier needs — needs that may be felt all the more strongly in affluence. “It is cheap work converting starving men with a Bible in one hand and a slice of bread in the other,” the tycoon tells his daughter, adding: “Try your hand on my men: their souls are hungry because their bodies are full.”

Shaw created Undershaft before the horrors of the 20th century unfolded. He opposed World War I when it came, and perhaps regretted his enthusiasm in Major Barbara for the violence inherent in the industrialist’s wares. “You cannot have power for good without having power for evil too,” Cusins says. “Even mother’s milk nourishes murderers as well as heroes.”

Undershaft is probably based on any of several munitions magnates who cropped up in the early 20th century, but especially on the paternalistic Prussian “Cannon King” Friedrich Alfred Krupp, whose daughters were Bertha and yes, Barbara. Bertha’s husband, Gustav von Bohlen und Halbach, eventually took over the business, running it until 1943, and later had the distinction of being accused of war crimes in both world wars. Senility spared him a trial, but his son Alfried, an early and ardent Nazi, was convicted and imprisoned. By 1957, Alfried had rebuilt Krupp and was called by Time magazine the richest man in Europe, if not the world.

Today’s business world isn’t so forgiving. It does, in fact, matter what your company makes, how you make it, and who you sell it to. Business leaders have to think about such questions, not just at work, but as philanthropists. If you sit on the board of a nonprofit, should you accept donations earned on the sale of objectionable goods? How about from the sale of something innocuous, if the donor is convicted of an unrelated crime? What if the donor merely holds unpopular views? And if you plan to turn away all this money, is your cause really that good to begin with?

Major Barbara has a happy ending. But one of the models for Undershaft wasn’t so lucky. Friedrich Alfred Krupp took his life in 1902, and when 16-year-old Bertha inherited the business, it was unthinkable that a woman should run it (although a giant artillery piece would someday be named for her). The kaiser himself helped find her a husband to lead the munitions powerhouse, and in 1906, a year after Major Barbara premiered, Bertha was married to Gustav von Bohlen und Halbach, a diplomat. At the wedding, life imitated art when he added “Krupp” to his name.