Women of the world, unite! After the 1 billion new workers China and India’s emerging economies have each added to the global marketplace, women are being recognized as the “third billion”—a burgeoning global workforce that has the potential to grow economies both in industrialized and emerging nations. A Booz & Company report entitled “Empowering the Third Billion: Women and the World of Work in 2012” estimates that raising female employment to male levels could boost GDP by 5 percent in the United States, 9 percent in Japan, 12 percent in the United Arab Emirates, and 34 percent in Egypt. As Angel Gurria, secretary general of the Organisation for Economic Co-operation and Development, said, “Women are the most underutilized economic asset in the world’s economy.”

In the 2012 Third Billion Index, a ranking of 128 countries based on how effectively leaders are empowering women as economic agents in the marketplace, Australia ranks first and Yemen last. The U.K. places 13th, between Lithuania at 12 and Iceland at 14. To arrive at these rankings, the Index measured the relationship between a range of inputs and outputs. Inputs include preparation for the workplace, access-to-work policy, and entrepreneurial support that governments, companies, or NGOs provide to boost the economic contribution and empowerment of women. Outputs include observable indicators of women’s progress in the working world such as equal pay, inclusion, and advancement.

These issues have gained newfound attention in the U.K., where, despite progress, significant challenges remain in the effort to get working women on the same footing as working men. The voluntary initiative, “Think, Act, Report,” championed by Home Secretary Theresa May in 2011 and updated in 2013, aims to drive greater transparency in relation to gender employment issues. The median gender pay gap in the U.K. remains sizable: 20.2 percent, according to the Home Office’s report. This is partly because the vast majority of low-paid jobs, in areas such as secretarial work and child care, are still held by women. And although women represent 46.4 percent of the national workforce, they comprise 77.5 percent of all part-time workers. The evidence also suggests that even when women are working in better-paid professions, they generally occupy less-senior positions than men and are paid less than their male peers for comparable jobs. Women hold just 15 percent of all director positions in the FTSE 100, and only three of them are CEOs.

The public sector is the U.K.’s largest employer, and 70 percent of its workforce is female. Traditionally, public-sector positions have offered opportunities for individuals with a variety of skill levels, while ensuring job security and stable career progression, even though pay is relatively low when compared to the private sector. However, it is estimated that some 700,000 public-sector jobs will be lost by 2017, with caps imposed on pay increases for the positions that remain. Given the large presence of female employees within this workforce, it is inevitable that a considerable impact will be felt among the national female working cohort.

Ideally growth in the private sector would ease the burden of job losses in the public domain. But the gender gap is not limited to pay and advancement. It extends to provisions for maternity leave, access to affordable child care, and flexible working arrangements that ensure overall job security.

There also needs to be a concerted effort to encourage U.K. women to join the workforce in a broader range of areas. According to the Home Office report, men still heavily outrank women in several key sectors. This gender imbalance correlates directly with the pay gap, which is as high as 49 percent in technology jobs. The traditionally male-dominated manufacturing industry is another target for increased gender diversity. Making the training programs required for positions in these sectors more accessible to women would likely encourage greater participation, which would, in turn help bring balance to issues like pay inequities. It could also help to eradicate the gender stigma attached to these industries.

Across all industries, the U.K. must adopt a more Scandinavian view of child care, focusing on “parenting” rather than “motherhood.” In support of women, it is important for both the government and the private sector to introduce policies with greater provisions for paternity leave, especially when considering the impact such policies can have on decreasing the time taken for women to integrate themselves back into work after giving birth.

Finally, women in the U.K. need access to greater opportunities to start their own businesses. Approximately 15 percent of the U.K.’s small businesses are women-owned, and they contribute £130 billion of revenue and add £70 billion of gross value to the U.K. economy each year. Although this contribution is impressive, the Federation for Small Businesses estimates that these figures could be increased by 60 percent if the U.K. matched the percent of female entrepreneurship of the United States.

Thirteenth position is no place for a country with a heritage of women’s rights and women leaders as robust as the U.K.’s. The government and the business community must work together to knock Australia off its perch as the first-place country in the Third Billion Index and put the U.K. where it should and can be. 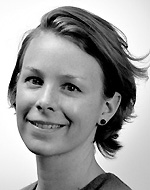 Laura Harnett was formerly a senior associate with Booz & Company. 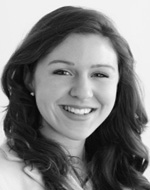 Charlotte Jefferies is a senior consultant with Strategy& based in London and has worked in a number of industries including financial services, hospitality, and the public sector, with a particular interest in the consumer and retail space.

Nothingness at the top of the heap
Abraham Cahan’s underrated classic, The Rise of David Levinsky, offers a portrait of success and solitude in the dog-eat-dog world of the garment trade.
by Daniel Akst
Digital issue