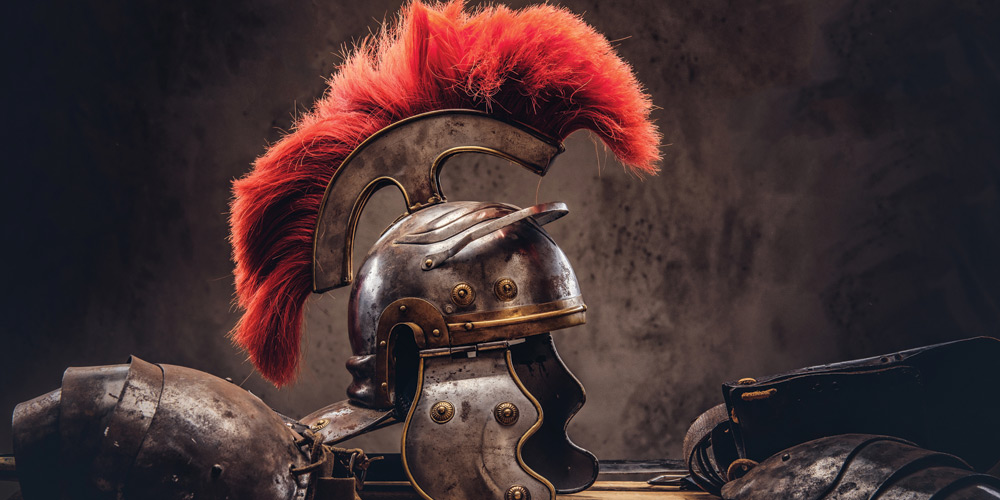 Peter Drucker, the Austrian-American business author and consultant who defined management in the second half of the 20th century, wrote 39 books. Oddly, the word leadership doesn’t appear in any of their titles. In 1954, in his landmark The Practice of Management, Drucker suggested why: “The first systematic book on leadership: the Kyropaidaia of Xenophon — himself no mean leader of men — is still the best book on the subject.”

Kyropaidaia, or Cyropaedia, is the biography of Cyrus the Great, who used military conquest and enlightened governance to create the first Persian Empire around 540 BC. Xenophon the Athenian wrote the bio nearly 200 years later, and it became part of the leadership syllabus for centuries: In his 2001 book, Xenophon’s Prince: Republic and Empire in the Cyropaedia, Christopher Nadon, a professor at Claremont McKenna College (part of a consortium that includes the Drucker School of Management), writes that Alexander the Great and Julius Caesar read Kyropaedia and it was a strong influence on Machiavelli’s The Prince. Thomas Jefferson had two copies in his library.

So what do we know about Xenophon? Drucker’s description of him as “no mean leader” might be based on Xenophon’s own memoir. Titled Anabasis, it’s the story of a misbegotten military expedition, the emergence of a reluctant but talented leader, and a strategic, fighting retreat that saved an army of 10,000 mercenaries stranded deep in enemy territory.

Before he became a writer, Xenophon was embedded in this army, known as “the Ten Thousand.” Around 400 BC, Cyrus the Younger, a distant royal relation of Cyrus the Great, recruited the force as part of a military expedition. Cyrus was generous with favors and promises, but he didn’t bother to mention that his true purpose was to depose his brother, Artaxerxes II, who had inherited Persia’s throne.

Cyrus was killed in the first battle against Artaxerxes. The war lost, a group of generals and captains from the Ten Thousand tried to negotiate safe passage home — and they were betrayed by allies and slain. Thus, the Greek mercenaries found themselves leaderless and without provisions. “Separated from Hellas by more than a thousand miles, they had not even a guide to point the way,” reported Xenophon, who wrote Anabasis in the third person. “Impassable rivers lay athwart their homeward route, and hemmed them in. Betrayed even by the Asiatics, at whose side they had marched with Cyrus to the attack, they were left in isolation.”

One reason Drucker avoided taking on leadership head-on was that he believed it was a matter of natural aptitude and ingrained attitude. “Leadership is of the utmost importance. Indeed there is no substitute for it,” he wrote in The Practice of Management. “But leadership cannot be created or promoted. It cannot be taught or learned.”

It appears that Xenophon had the aptitude and attitude for leadership. “What am I waiting for? A general to undertake the work, and from what city?” he thought, as the Ten Thousand idled, directionless. “Am I waiting till I am older myself and of riper age? Older I shall never be, if today I betray myself to my enemies.” And so, he decided to step up and offer his analysis of their dilemma.

Xenophon reminded the troops that Artaxerxes ordered his brother’s head and hand severed and nailed to a cross, and suggested that they “who have not even the tie of blood in our favor” should expect worse. “There is no question but our business is to avoid by all means getting into his clutches,” he said.

There is a thread of humble leadership that runs through Xenophon’s Anabasis.

He urged the officers to act as models for the troops. “The soldiers outside have their eyes fixed upon you,” said Xenophon. “If they think you are faint-hearted, they will turn cowards; but if you show them that you are making your own preparations to attack the enemy, and setting an example to the rest — follow you, be assured they will: imitate you they will.”

At dawn the next day, with the officers around him, Xenophon, in full battle regalia, addressed the Ten Thousand. He told the soldiers that the gods were with them, pointed out the challenges ahead, and explained that they could and would meet them. “No river is impassable throughout,” he said. “Whatever difficulties it may present at some distance from its source, you need only make your way up to the springhead, and there you may cross it without wetting more than your ankles.”

Xenophon laid out his plan: to burn the wagons and tents, dump everything except their weapons, food, and drink, and march home together. “If anyone has any better plan, we need not adopt mine,” he said. A vote was called, and every soldier agreed to adopt and follow it.

The rest of Anabasis holds similar lessons for leaders undertaking major change efforts, such as corporate transformations. Xenophon describes the specific talents and tools needed to protect the army on its long march and how they were obtained. He details the negotiations needed to obtain safe passage through the various kingdoms of Persia and the fighting tactics used to minimize his army’s losses and keep moving forward when negotiations failed or were not an option.

Throughout Anabasis, there is a thread of humble leadership — to borrow a term from Edgar and Peter Schein. Xenophon suggests ideas; he doesn’t dictate. He asks for better ideas than his own; he doesn’t assume his are best. And on several occasions, when he feels strongly that the army is moving in the wrong direction, Xenophon offers to step down and yield the role of leader to others.

Peter Drucker writes that “three thousand years of study, exhortation, injunction and advice do not seem to have increased the supply of leaders to any appreciable extent nor enabled people to learn how to become leaders.” But given that he recommended reading Xenophon (and the Epistles of St. Paul, too), I’m not sure he actually believed that you can’t teach yourself how to be a better leader.