The September 2017 jobs report, which was released in early October, contained a bit of shocking news: The U.S. economy, for the first time in nearly seven years, shed payroll jobs. Collectively, employers cut 33,000 positions, thus bringing to an end an extraordinary streak. For the previous 83 months, the U.S. economy had added payroll positions, the longest such run in the recorded history of payroll jobs, which dates back to 1939.

The job loss was actually vanishingly small — about .00022 of all positions. But the report generated a lot of headlines and concerns, which was understandable. This was the first time the U.S. has lost payroll jobs since 2010. Job losses like this typically only happen when the economy is slowing down. And it represented the end of the streak.

People love to read about streaks, and to read meaning into their ends — even if the streak-ending (or streak-continuing) event doesn’t have that much meaning in and of itself. A baseball team that wins a game will get exponentially more ink if it has won the last 20 in a row than if it has lost the previous one. An older politician winning an election for the 20th straight time will get a lot more coverage than an older politician who wins an election for the first time. That’s because streaks — especially very long ones — are rare. They speak to durability, consistency, and novelty. They give us a sense of confidence in an unstable and unpredictable world. They make things that are actually quite difficult seem routine. And once a streak is started, we tend to become invested — emotionally and financially — in its indefinite continuance. 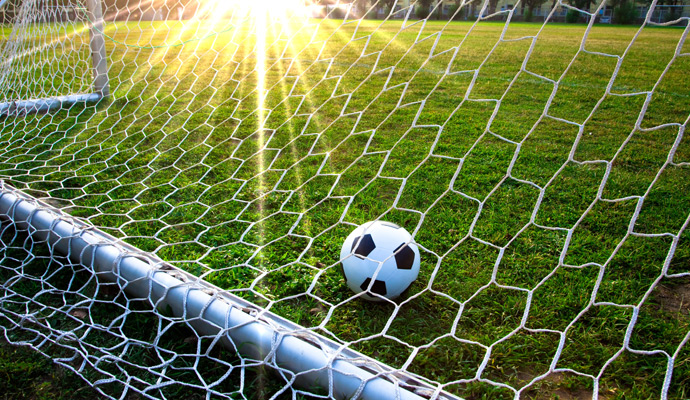 Between 1994 and 2014, the U.S. men’s soccer team qualified for seven straight World Cup tournaments with relative ease. As qualifying entered its final round this year, the prospect of the team not qualifying for the 2018 World Cup simply didn’t enter the minds of the players, their fans (many of whom were already making plans to travel to Russia), or the broadcasters that paid heavily for the right to air the games in the U.S.

Precisely because we tend to forecast by extrapolating the recent past into the future, it is thus particularly shocking — even unfathomable — when a streak is broken. On Tuesday night, because the U.S. lost its final match to a much lower-ranked team while two of its regional rivals unexpectedly won their matches, the U.S. men’s soccer team failed to qualify for the World Cup. The immediate reaction among both players and fans was disbelief, shock, and anger.

People love to read about streaks, and read meaning into their ends.

Beyond upending expectations, the end of a streak alters the framework through which people view the future. Will the U.S. soccer team ever win a game again? Should the coach and management be fired? In the wake of the jobs report, the internal and external conversation surrounding jobs in the U.S. may have shifted. Are we in danger of a recession? Will we have several more months of job loss? Should I worry about my own job?

Of course, the reality is that, as most economists and statisticians will tell you, the ending of a streak often means nothing. And that is particularly true when it comes to the jobs number and in other endeavors where the margin between success and failure is often rather slim. There is really no sign that the U.S. labor market is weakening significantly. At the end of August, there were 6.1 million jobs open in the U.S., which is close to the record. It is likely that the chaos imposed by hurricanes on heavily populated areas such as Texas and Florida influenced the data. Lots of people couldn’t go to work, many businesses closed permanently or indefinitely and laid off workers, and hiring decisions were put on hold.

What’s more, many of the figures in which we put so much store are estimates based on surveys rather than hard data. The monthly payroll jobs report is compiled by extrapolating from a survey of a small subset of the nation’s employers. And it is always revised in the following two months after it is reported — sometimes up, sometimes down. In time, September’s loss of 33,000 jobs could wind up being revised to a gain of 33,000 jobs, which would mean the streak is still intact. Oh, and when you’re working on a base of more than 146 million payroll jobs, whether the economy adds or loses even 200,000 jobs in a single month represents the smallest of rounding errors. Any single monthly report, by its nature, is a very small blip.

Which is why it is important to view streaks — and their conclusions — in the broader context. There’s a lot more to the monthly jobs report and the labor market than the single payroll jobs figure. Each month, the Bureau of Labor Statistics uses its household survey — which measures what people say about their work situation rather than what employers say — to compile the unemployment rate. And in September, even as payroll jobs fell, the unemployment rate fell to 4.2 percent, and the number of people who said they were employed rose. Those are not indications of a declining job market.

Data is not the plural of anecdotes, the saying goes. To which I’d add a corollary: One data point does not mark the beginning of a long streak.