Last week, Astenbeck Capital, a hedge fund based in Southport, Conn., quietly closed its main fund. That in and of itself isn’t noteworthy. The hedge fund industry has a high mortality rate. But this was no ordinary hedge fund. Astenbeck was founded by Andrew Hall, a crude trader whose knowledge of the oil markets brought him legendary status — and a certain amount of notoriety. (In 2009, he received a US$100 million bonus while his firm’s parent company was getting a federal bailout.)

Hall’s problem over the last few years is that he believed the price of oil would rise as the economy continued to grow and demand expanded. He held to this belief even though it was clear that technology such as fracking and new supply discoveries were adding meaningfully to the amount of accessible oil at lower market prices. And so his bullish bets turned out to be persistently wrong.

Hall’s stumble was surprising because observers regarded him as something close to omniscient. It was common for people in the industry to refer to him as “God.” 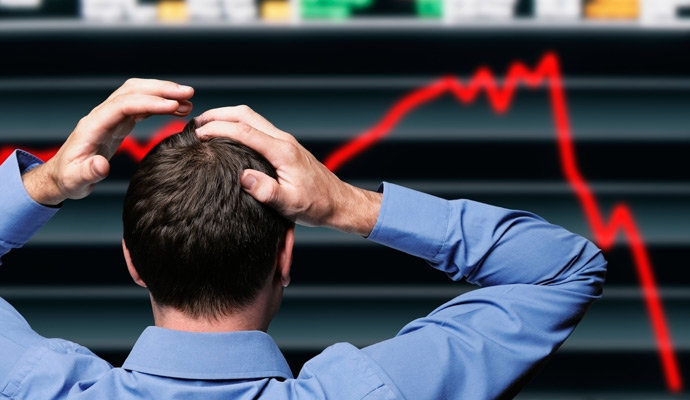 It should go without saying that it is dangerous to endow humans — especially money managers — with superhuman capabilities. But Hall’s troubles do tell us something about the unique difficulties that veterans who possess intimate market knowledge face when trying to forecast. In Hall’s case, here was a person who had proven himself to be one of the best in history at analyzing the oil market, who had a lot to gain from being right, who spent every waking minute thinking about oil, and who had access to the most up-to-date information. And yet his short-term forecasts over the last few years proved to be catastrophically wrong.

This seems to be fairly common in the oil industry — those closest to the action appear to have the least clear view of the path ahead. Three years ago, at a time when oil prices were rising, the CEO of one of the world’s biggest global oil companies said that rising costs were leading to a new higher plateau for oil prices. “Essentially, for a company like mine and many others, $100 barrel is becoming the new $20 in our business,” he said.

But in the ensuing years, thanks to continuing innovation and discoveries, production costs have come down and the market price of oil has fallen sharply. So last month, a leader of the same very large oil company said that the industry has to adjust to a “lower forever” price, and figure out how to profit as oil stays below $50 a barrel.

Now, forecasting is hard, especially about the future, as Yogi Berra is reputed to have said. And it’s hard for everyone. But there is also a degree to which the combination of (a) a long tenure in an industry and (b) being so heavily invested — financially and professionally — in the market as it is now can make forecasting more challenging.

Many people forecast by extrapolating from the past into the future, and by assuming that current anomalies will regress to the mean. That’s human nature. But when your baseline of knowledge is 30 or 40 years of experience, instead of say, two or three years of experience, you have lived through a much wider range of scenarios. For veterans, a move upward could bring up echoes of 1973 (when oil prices spiked to really high levels and remained there), and a move downward could recall that period in 2003 when oil prices lingered in the $20 range.

What’s more, it is easy to become anchored to a short-term forecast once you have publicly announced your belief and then put investors’ and corporate assets behind it. Markets value consistency in both results and in opinions and tend to express skepticism of those who climb down quickly from their positions.

The real challenge to forecasting, however, is that it is very hard for incumbents to account for disruption and paradigm shifts. And in the oil market in the last few years, we have seen the results of at least two big simultaneous disruptions. The first is that the fracking revolution, which a decade ago began to liberate vast new supplies of oil at low prices in the U.S., is continuing. When the price of oil fell sharply in 2015 and 2016, the natural assumption was that production would decline because drillers wouldn’t be able to produce oil profitably given the costs of labor and equipment.

The real challenge to forecasting is that it is hard for incumbents to account for disruption and paradigm shifts.

But in the U.S., at least, the industry responded to the low prices by sharply reducing its cost base. Many companies that failed as prices plummeted were reorganized or taken over by companies with better cost structures. The surviving companies drove tougher bargains with workers and suppliers, thus reducing their break-even point. And rather than simply use the same techniques they had used in the previous decade, frackers ramped up their productivity, drilling deeper and more effectively. These efforts constituted a new disruption.

The second significant discontinuity in the oil market that has made it difficult for veteran forecasters to maintain their accuracy comes from OPEC. Last year, when the group moved to reduce production, veterans would have naturally thought that such a move would cause prices to rise and stay there. That’s what tended to happen in the past, after all. But the global oil industry has changed in ways that undermine this conventional wisdom — again, in part due to the fracking revolution. In the early 1970s, OPEC controlled nearly three-quarters of oil production. Today, it accounts for about 40 percent. Although that’s still a substantial percentage, it’s apparently not enough to influence the price of a global commodity. Meanwhile, there are a host of factors other than OPEC production quotas — the strength of the economy in China, the development of electric vehicles — that can influence the price of oil today that may not have been factors 20 or 30 years ago.

What makes a person a “God” among traders, in the end, is what makes him a mere mortal.