I’m getting a lot of pressure from my CEO to bring her a “growth strategy.” My team is debating the right mix of organic growth and acquisitions, and I’m struggling to reconcile very different points of view. Some feel that organic growth avoids the heavy cost and risk of buying companies. Others are just as adamant that growing organically is too slow and we risk falling behind other companies that are aggressive acquirers. How do I get everyone, including my CEO, on the same page?

Don’t start by asking, What’s the right mix of growing organically and by acquisition? Instead, have your team focus on three different questions: How can we stretch the definition of our target customer, add to our value proposition, and commercialize our best capabilities in new ways? You and your colleagues have to answer these questions before you can resolve the team’s disagreement over the best way to grow your business. Let’s consider each in turn. 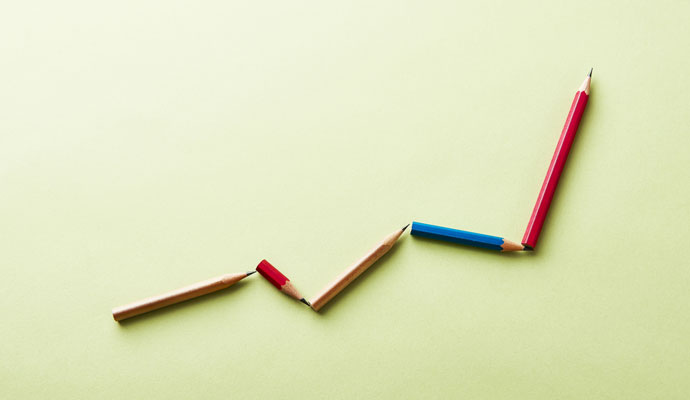 There are at least five ways to stretch the definition of your target customer: by who they are, why they buy, what they buy, how they buy, and for whom they buy. For example, Facebook originally targeted students at Harvard, then students at other elite colleges, then students at a larger group of colleges, and so on; today the platform is used monthly by almost 2 billion people worldwide. Mercedez-Benz has grown by stretching its target customer from the wealthy who buy the most expensive cars to those who want superior quality for whatever car budget they have. And McDonald’s found new growth by adding “breakfast eaters” and “coffee breakers” to its customer base. Instead of debating organic versus inorganic growth, you and your team should be debating whether and how to expand the definition of your target customer.

The second path to growth involves enhancing the value of what you already sell in ways that generate more demand for it. The trick here is to offer something new that materially adds to the value proposition of your current products and services. For example, in the early 1980s, Microsoft grew (and reinforced) demand for its core MS-DOS business by adding its suite of Office products. More recently, KFC China revived sagging sales by investing in a loyalty program tied to a mobile phone “super app,” on which 120 million members can pre-order food, choose the music in KFC restaurants, play a video game, and even have food delivered on high-speed trains. AMC Entertainment Holdings launched a new offering called AMC Stubs A-List that lets people see up to three movies a week for less than US$20 a month at more than 600 locations in the U.S. and Canada. Amazon added entertainment streaming to its Prime membership service, because people who stream content through Amazon shop more frequently, spend more, and are more likely to renew their Prime account. And Google invests heavily in services such as Chrome, Google Maps, Waze, Gmail, and Google Home to stimulate more demand for its core search business (which still generates more than 99 percent of Alphabet’s revenues).

More generally, companies are spurring growth by adding a promised outcome to their value proposition, such as a higher success rate for a particular medical device or lower readmissions from a provider of home health services. Others are enhancing the value of doing business with them by turning their products into services, such as subscription-based access to vehicles, construction equipment, air travel, software, data, gaming, and even guitars. The means to enhance your value proposition is limited only by your imagination. And one of the fastest ways to kill your imagination is by starting with the organic-growth-versus-acquisition question.

The third and final path to growth is to create new markets and revenue streams for what you already do well. Decades ago American Airlines turned its innovative reservation capability into a high-growth business branded SABRE. In the last decade, Amazon’s revenue growth has accelerated tremendously by adding a seemingly infinite array of new categories to its original online retail business, but its profit growth has come from offering e-commerce capabilities to other retailers and enormous cloud computing capability to developers, startups, and now major corporations. And WeWork set up a new service called Powered by We to offer real estate, design, and office management services to large companies.

American Airlines, Amazon, and WeWork created additional revenue streams by commercializing their sharpest capabilities in new ways and, moreover, they strengthened those capabilities by exposing them to the rigors of market competition. A business thrives by having a handful of market-leading capabilities. Some of these can become new revenue sources in their own right.

A business thrives by having a handful of market-leading capabilities. Some of these can become new revenue sources in their own right.

Note that none of these three paths to growth is independent of the other two. Each will often enable and enhance at least one of the others. For example, by stretching its target customer to include breakfast eaters, McDonald’s can utilize its assembly-line cooking capabilities at a time of day when they would otherwise have sat idle. By commercializing its strengths in office design and management, WeWork expanded its customer base beyond startups and small professional practices to also include major corporations. The odds are good that when you generate ideas for one growth path, you will end up producing a rich set of ideas for the others.

This brings me to back to your team’s debate about the relative merits of organic growth and acquisitions. To get everyone on the same page, start by determining with your team which one or more of the three growth paths you will take, and then focus on two follow-up questions: What companies could facilitate the growth path we’ve chosen? Could we acquire any of them cost-effectively, partner with any productively, or replicate what they have ourselves? The answers to these questions will tell you what combination of buy, borrow, or build makes most sense for your business.