When I work with business leaders on their strategies, they often ask me about time frame. Most of them think that strategy is about the long term, but they wonder how long that should be. My intuition says it depends on the business. For example, it can take decades to discover and commercialize a new drug or oil well, whereas it only takes a year — if not less — for trends to change in the clothing and toy businesses. But I really don’t like having to say “it depends.” What’s your view?

This question often comes up in my work, too. Business leaders typically associate strategy with looking into the future, and then wonder how far out they should look. They tend to pick a time frame that feels natural — three or five years, or whenever a calendar milestone is just ahead. For example, in the mid-1990s, “Strategy 2000” was a common choice; a few years ago, “2020 Strategy” was a favorite. Or leaders may choose a time frame based on a milestone that’s specific to their company. I know of one 80-year-old company whose board has asked management to develop a 20-year strategy in anticipation of its 100th year of operation. 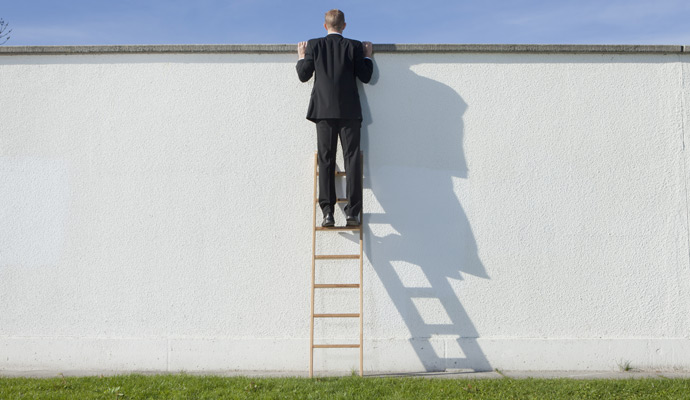 If that feels too far “out there,” consider the example of Ingvar Kamprad, the late founder of IKEA, the world’s largest furniture retailer. He once reportedly said to a group of managers that it was important to “think about where should we be in 200 years.” As the story goes, the managers asked Kamprad if that wasn’t too much time. “Yes, of course,” he responded, “but then you make the short-term plan: That means the next 100 years.”

But I find that giving strategy an a priori time frame is the wrong way around. Instead, the time frame should depend on the strategy. To be clear, “What time frame should we have for our strategy?” is the wrong question. The better question is, “What changes does our strategy need, and how much time do we need to implement them?” In other words, leaders have a five-year strategy if the changes they want to make to their strategy will take five years to implement. IKEA could someday devise a new strategy that would take 200 years to implement, but that seems a stretch. The better way to interpret Kamprad’s guidance is that he wanted his leaders to be thinking far into the future as they considered the changes IKEA’s strategy might need today.

This means your intuition that “it depends” is half right. The ideal time frame depends more on what changes leaders want to make to their strategy than on the business they are in. For example, Microsoft’s CEO, Satya Nadella, is in the midst of replacing the foundation upon which the company’s strategy has stood for 40 years. In 2014, he started the process of shifting Microsoft from selling software products to offering software services by putting cloud computing (Azure) at the heart of its business and making its Office product suite available as a subscription. That called for a gigantic change in the company’s value proposition and of the capabilities it needs to prioritize and nurture (not to mention the cultural change it likely demands, too). Whether that’s a three-year, 10-year, or even longer-term strategy depends more on how long it takes to realize the transition than on the business Microsoft is in.

Coming back to IKEA: Its leaders are currently considering two significant changes to the company’s strategy. One is to enhance its value proposition by offering customers the option of leasing their furniture rather than buying it. Perhaps they landed on this idea by looking 200 years into the future and envisioning a world of prematurely discarded furniture clogging up our oceans and landfills. But rolling out a leasing strategy across all of its stores around the world — if that’s what the company decides to do — would be a multiyear effort, not a multi-century one. So it might be a five-year strategy informed by a 200-year perspective, but it’s definitely not a two-century strategy. And whatever the time frame is, it’s not all that dependent on IKEA being in the furniture retail business. Businesses in many industries could choose to pivot toward a leasing or subscription model.

IKEA’s leaders are also considering whether to enter a new business by building an e-commerce platform that would be available to both IKEA and rival furniture retailers. Again, they may have peered ahead 200 years and concluded that the world would only have room for one online furniture retailing platform, and it might as well be them. But that doesn’t make this potential change a 200-year strategy. Nor is the time frame for this strategy determined much by the industry IKEA operates in.

To be clear, I have no objection to leaders considering the long-term future (even 200 years out). But I do fear equating such considerations to the time frame their strategies should have. This is a recipe for strategies that are merely a set of sweeping generalizations. Because the further out you look, the fuzzier things get.

I have no objection to leaders considering the long-term future. But I do fear equating such considerations to the time frame their strategies should have.

Great strategies are, among other things, highly specific about a company’s target customer, value proposition, and leading capabilities. It’s impossible to know with much specificity what these should be a decade from now. Imagine how much water will pass under the bridge between now and then, let alone over the next century. Yet it’s also impossible to change overnight the essential elements of a strategy in any meaningful way. Choosing a time frame that’s too short will force leaders into a mode of incremental strategy, and that is a recipe for failing to keep pace with a changing world.

Whether your business is pharmaceuticals, oil, toys, clothing, furniture retail, or any other industry, I recommend setting the time frame for strategy based on how long its implementation will take. Anything else is just arbitrary.