On June 25, 2013, solar power provider Sunrun Inc. announced that it had raised US$630 million in financing for new residential solar installations. The deal signaled the continued growth of the third-party-owned (TPO) business model, in which homeowners lease solar equipment from a company that owns, installs, and maintains it. But perhaps even more noteworthy, the news was a bright spot amid a steady flow of less positive headlines for the solar industry.

Globally, photovoltaic (PV) module manufacturers are operating with about 100 percent excess manufacturing capacity, and prices have dropped precipitously over the past few years. The recent bankruptcy of Suntech—once the world’s leading solar panel manufacturer—came on the heels of the failures of more than a dozen other manufacturers in recent years. And despite the overcapacity and bankruptcies, many manufacturers, particularly in China, continue to operate as government-supported “zombies,” recovering at best only variable cost in an effort to ride out the industry downturn.

Moreover, trade disputes over the dumping of Chinese solar panels have resulted in substantial tariffs being introduced in the U.S. and, most recently, in Europe. In fact, the dominance of Chinese manufacturers in the sector, together with lingering slow growth and the focus on government spending, has diminished political support for solar in many of the markets in the developed world. Where this has happened, solar markets have contracted considerably. In Italy, for instance, it has shrunk to roughly a quarter of its size from its peak a few years ago.

However, according to a recent Booz & Company analysis of the global PV markets, there’s a glimmer of light on the horizon. Annual demand is set to double by 2017, to approximately 60 gigawatts. Supply rationalization due to manufacturers exiting and consolidating will reduce the overcapacity gap substantially, from 100 percent to less than 20 percent, by 2017. And module prices have already stopped falling, currently settling in the range of $.80 to $1 per watt. The situation is stabilizing.

This stabilization is being driven by rising demand and shifting markets. The slowdown in European demand, where manufacturing capacity has idled and more shutdowns are likely over the coming 18 months, has coincided with the emergence of new markets in the Middle East and North Africa and in China. Saudi Arabia, for example, has aggressive plans to reduce the tremendous opportunity cost of burning oil to generate power and desalinate water. The King Abdullah City for Atomic and Renewable Energy, the Saudi organization charged with installing 40 gigawatts of solar by 2030—including both PV and CSP (concentrating solar power)—has already issued the first draft of its procurement process, signaling its commitment to solar. And in China, although the central and local governments are continuing to support leading manufacturers like Yingli and Trina, we see increasing signs of a willingness to allow consolidation to occur and the weaker manufacturers to fail—good news for the health of the industry overall.

At the same time, we’ve also seen renewed growth in mature markets such as Japan and parts of the U.S. (for example, California). Japan, after many years of stable demand and slow but steady growth, witnessed a surge in solar after the earthquake and tsunami that crippled the Fukushima Daichi nuclear power plant and resulted in the idling of 48 of 50 nuclear reactors. In fact, in 2013, Japan became the largest solar market in the world, overtaking China and long-time giant Germany, with nearly 6 gigawatts approved in February alone—and total installation expected to be between 7 and 9 gigawatts by year’s end. In California, the continued commitment to renewables drives growth at the utility scale level, while high rates, high insolation, and supportive public policies drive growth at the residential and commercial levels.

In fact, in California and numerous other markets, at current prices, solar has reached grid parity with peak retail electric rates—and in some markets, even with wholesale electric rates. The TPO business model, further enhanced by an environment of extremely low interest rates, is growing fast to exploit this advantage. This model can provide a source of sustained demand for the industry, because it is less dependent on public policies. In some markets in the U.S., TPO companies like Sunrun are driving over two-thirds of the solar market demand.

It’s been a difficult few years for solar, but companies and governments shouldn’t be swayed by the negative headlines. As the market stabilizes, new opportunities will emerge—breathing new life into the industry. 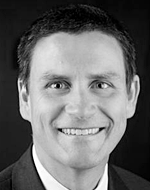 Christopher Dann is a retired principal with PwC US. 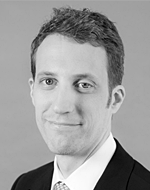 Owen Ward is a principal in Strategy&’s energy, chemicals, and utilities practice, and is based in Washington, DC.