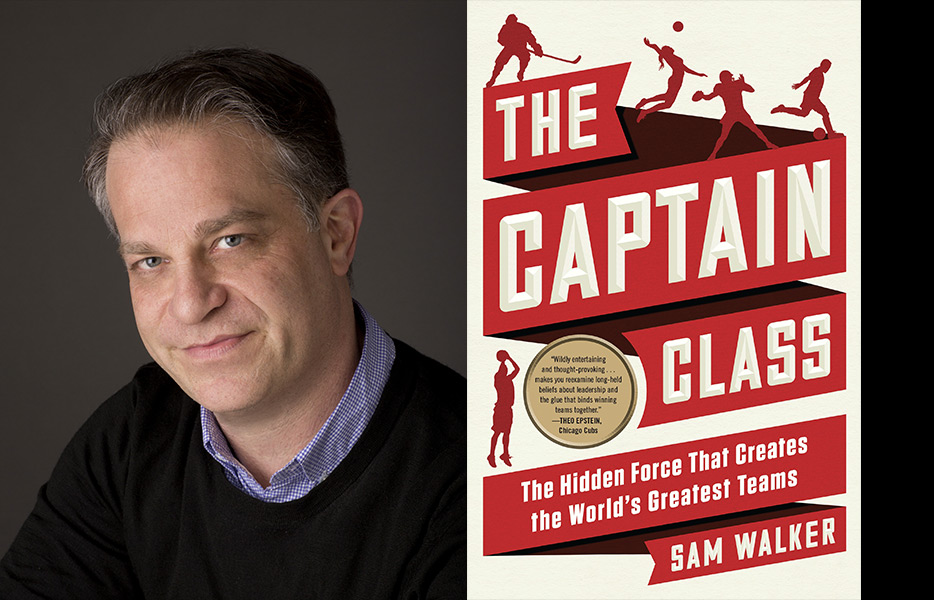 In The Captain Class: The Hidden Force That Creates the World’s Greatest Teams (Random House, 2017), our choice for the best business book of 2017 on leadership, Sam Walker, deputy editor for enterprise at the Wall Street Journal and founder of its daily sports feature, set out to discover the secret sauce of freakishly successful major sports teams by devising a complex series of weighted metrics with which he could identify the best of the best — teams that sustained unquestionable dominance over time. In his attempt to figure out what the 16 teams he identified had in common, Walker discovered that every one of them had a single player whose tenure coincided with the team’s streak, and that that player had usually served as captain. Hence the captain theory was born. Walker seeks to answer two questions. First, what do spectacularly successful team captains actually do for their teams? And second, what qualities and characteristics do captains in sports as diverse as international men’s ice hockey and international women’s volleyball have in common? Walker spends the bulk of the book exploring the seven traits shared by his deeply quirky elite captains.

—Adapted from “Captains Courageous and Agile,” by Sally Helgesen 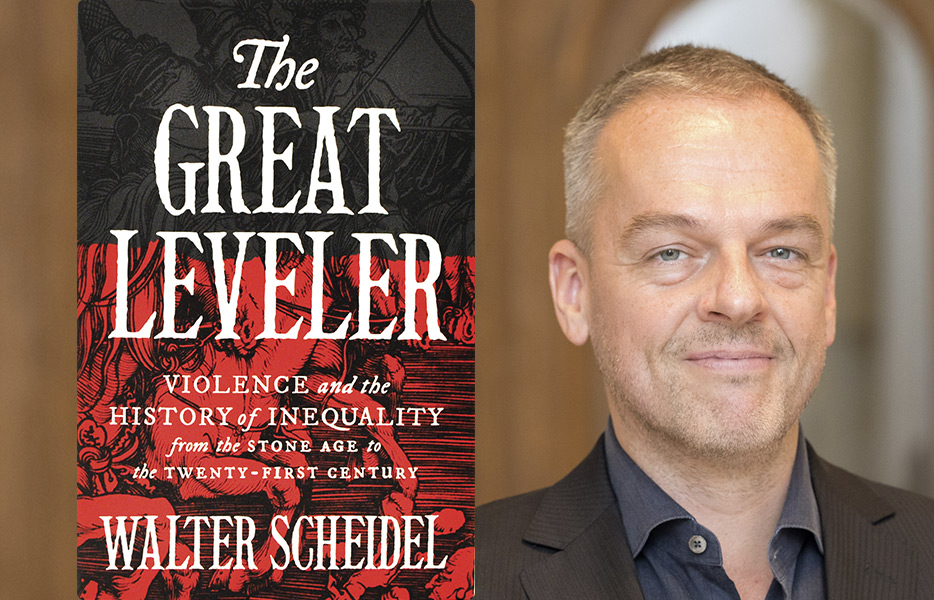 In The Great Leveler: Violence and the History of Inequality from the Stone Age to the Twenty-First Century (Princeton University Press, 2017), Walter Scheidel, a professor of history at Stanford University, uses data and historical analysis, including differences in the comparative splendor of ancient tombs and variances in human height, to present a stylized but compelling picture of inequality across the whole of human history. Inevitably, he argues, societies that manage to create an economic surplus become economically and politically unequal. Within those societies, over time, elites get better and better at rigging the system to divert resources toward themselves. Only catastrophe limits the march toward greater inequality — great plagues, state failure, revolution, and mass-mobilization warfare. In our pick for the best business book of 2017 on economics, Scheidel notes that the welfare state and international institutions such as the European Union and GATT made the world safe for global capitalism. But then old worrying trends emerged: slow productivity growth, stagnant incomes, and rising inequality. Why? Maybe the tax cuts and the deregulation, the union busting and the trade deals, the waning interest in public investments and the listless response to regional economic hardship, the complacency toward the financialization of the global economy and concentration of economic power in the hands of a few firms — maybe all of that was, at least in part, the doing of elites who wanted a larger pie, yes, but also a larger share of it. And perhaps they are not done with their work.

—Adapted from “Not-So-Great-Expectations,” by Ryan Avent 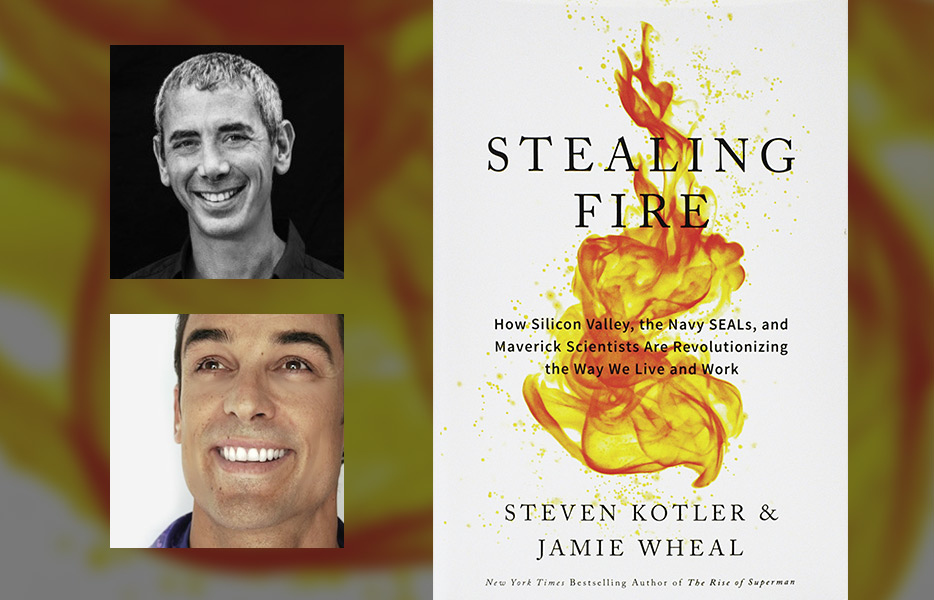 A refreshing wave of insight has flooded into the management space in recent years thanks to neuroscience, the rapidly evolving study of how our brains work and how we might use that knowledge to make better decisions, break bad habits, and generally live our best lives. The clear standout in the management category in 2017 is Stealing Fire: How Silicon Valley, the Navy SEALs, and Maverick Scientists Are Revolutionizing the Way We Live and Work (HarperCollins, 2017). Authors Steven Kotler and Jamie Wheal have gifted us with a thrilling tour through worldwide efforts to better harness flow, which is defined as an optimal state of consciousness where we feel our best and perform our best. Most books that focus on using neuroscience in order to work better concentrate on improving our understanding and control of our own brains. But Stealing Fire shows us how to get in the peak performance zone not by finding ourselves but by allowing our sense of self to vanish. The goal is to enter an “elongated present.” We learn that at the highest levels of corporate America, flow is taken very seriously. One of the reasons Eric Schmidt found himself at the head of the pack of candidates to become the CEO of Google was that he was the only one of hundreds of candidates to have attended Burning Man — a festival associated with the search for flow. That impressed cofounders Larry Page and Sergey Brin as much as anything else on all the hundreds of resumes they reviewed, according to the authors.

—Adapted from “Mind Over Matter,” by Duff McDonald 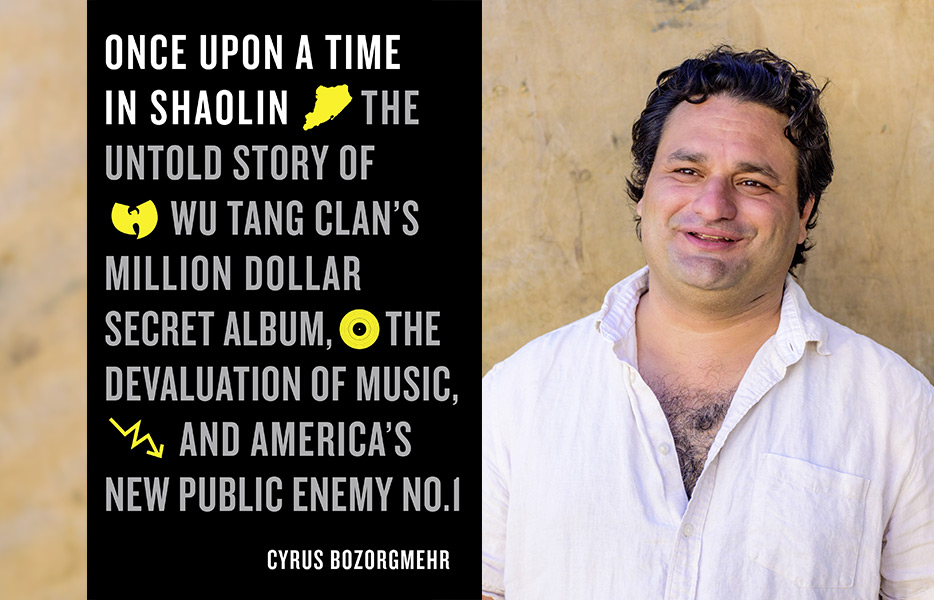 Cyrus Bozorgmehr’s Once Upon a Time in Shaolin: The Untold Story of Wu-Tang Clan’s Million-Dollar Secret Album, the Devaluation of Music, and America’s New Public Enemy No.1 (Macmillan, 2017), is the rollicking narrative of the rap group Wu-Tang Clan’s notorious efforts to create an album that, rather than being mass marketed, would be valued like a work of art — sold to only one buyer, who would be the only one who could ever play it. “There was no template for selling a single copy of an album, no identifiable set of collectors or buyers, no clear medium for the sale, no legal structure whatsoever,” writes Bozorgmehr (who was an advisor to the project and works for a mysterious Mr. S. who funded it, and who himself remains something of a cipher). But the book also invokes much deeper themes. It’s about the group’s efforts to rectify the fact that file-sharing and streaming business models have rendered it nearly impossible for most musicians to make money from their work. “Tragically, in a weird evolutionary flaw, the less effort people have to make for something, the less they value it,” Bozorgmehr writes in our pick for the best business book of 2017 on narratives.

—Adapted from “Crimes, Not Misdemeanors,” by Bethany McLean 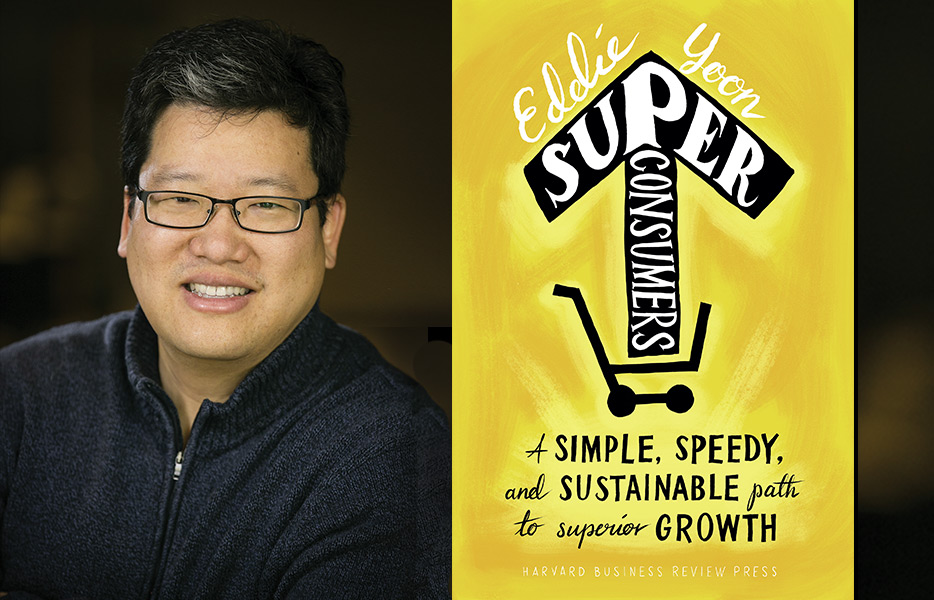 Superconsumers: A Simple, Speedy, and Sustainable Path to Superior Growth (Harvard Business Review Press, 2016), by Eddie Yoon, growth strategist at Eddie Would Grow, contains compelling examples of what makes the people of the title — the small minority of customers who buy more of, and have a concurrent passion for, a particular product — so vital for building businesses. For many marketers, Superconsumers will prove illuminating because it emphasizes that you don’t have to be a maker of cutting-edge basketball shoes or fast cars to inspire passion. The key, Yoon writes in our choice for the best business book of 2017 on marketing, is to uncover the larger reason that superconsumers are hiring your product, and use those insights to expand your market. “Superconsumers are not the be-all and end-all,” explains Yoon. “But they are the proper place to start a consumer-centric strategy.” 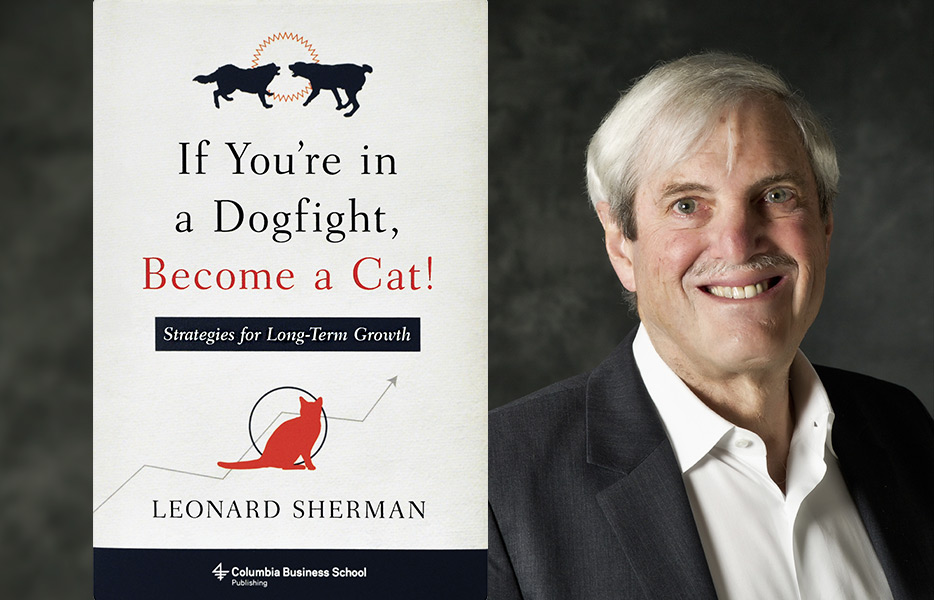 In the business world, conventional wisdom holds that market leaders eventually succumb to the law of large numbers, the law of competition, and the law of competitive advantage. But in the most compelling business book on strategy this year, If You’re in a Dogfight, Become a Cat: Strategies for Long-Term Growth (Columbia Business School Publishing, 2017), Leonard Sherman assembles a convincing brief that the slowdowns companies face as they become successful and attract imitators are not inevitable. A faculty member at Columbia Business School and a career consultant, Sherman builds a persuasive case that it’s possible to achieve and sustain the great desideratum of business: long-term profitable growth. And he does so by telling many fascinating stories of companies that found — and haven’t yet lost — the holy grail, among them JetBlue, Southwest Airlines, IKEA, and, inevitably, Apple. Like a skilled arborist, Sherman prunes back the ungainly, overgrown tree that strategy has become since it entered the corporate mainstream in the middle of the last century. He saws off a number of dead branches, including the many prescriptions that emerged from the countless searches for excellence, greatness, and the secrets of success. What’s left behind is an expertly trimmed tree of knowledge that brilliantly summarizes and integrates what’s been learned about strategy over the last 60 years. 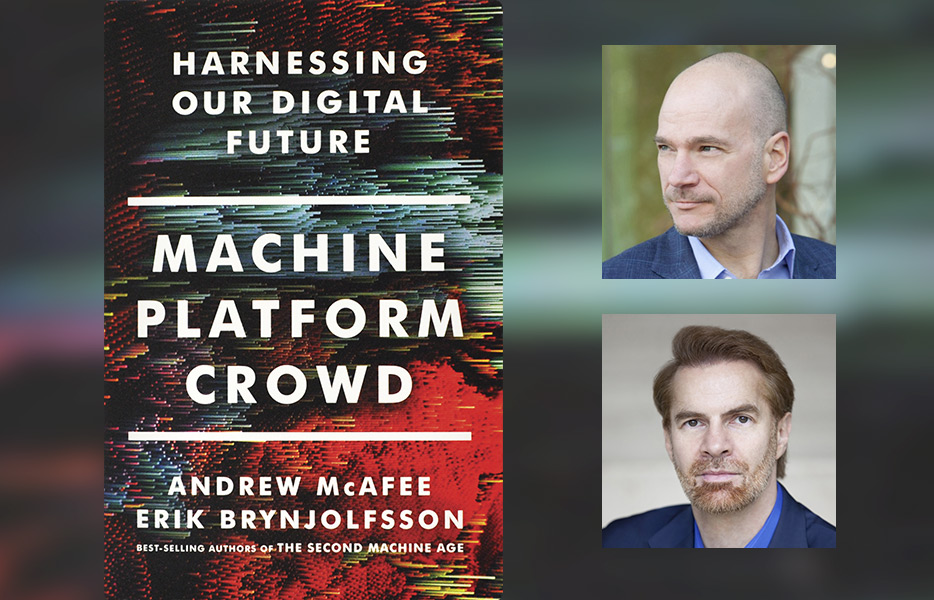 Digitization, the rise of AI, and the growing ability to tap the crowd are creating a host of new opportunities — and posing a new set of challenges. Machine, Platform, Crowd: Harnessing Our Digital Future (Norton, 2017), our choice for the best business book of 2017 on technology and innovation, is a guidebook to this new world, focusing concretely on how organizations can best leverage the new tools the digital age offers. And its real subject is innovation in the broadest sense: not just innovations that bring new products and services to market, but also innovations in the way we make decisions and solve problems, in the way we collaborate, and in the way we organize work. The book focuses on three shifts: from humans to machines, from products to platforms, and from the core to the crowd. Ultimately, authors Andrew McAfee and Erik Brynjolfsson — both of MIT’s Sloan School of Management — argue that management matters and management creates value. That’s because if you want to get things done, leadership still matters. Organization still matters. And helping people work together smoothly and efficiently still matters. The best managers tend to be egalitarian, cognizant of their own decision-making limitations, open to using machines and crowds in helping inform their choices, and transparent in the way they share information. But their core job — managing people — is still much the same. Even as the world around it changes, the company, it turns out, is an innovation that endures.

—Adapted from “The Platform Competition,” by James Surowiecki