When Carly Fiorina became CEO of Hewlett-Packard Company in 1999, one of her first moves was to study Bill Hewlett's and Dave Packard's writings. With the help of her executive committee, she compared the founders' original management principles with the way HP operates today and quickly excised the parts that were no longer relevant. "Preserve the best, and reinvent the rest," became the cry. 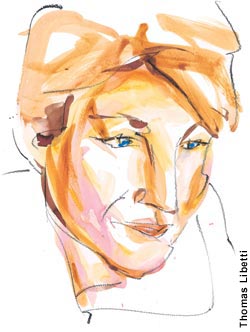 The best of Hewlett-Packard's culture is embodied in the HP Way, described by Bill Hewlett as "the policies and actions that flow from the belief that men and women want to do a good job, a creative job, and that if they are provided the proper environment they will do so."

From this came the Rules of the Garage, Ms. Fiorina's rewording of the HP Way in 11 new maxims such as "Believe you can change the world"; "Make a contribution every day. If it doesn't contribute, it doesn't leave the garage"; and "Invent different ways of working."

Ms. Fiorina's background in Renaissance studies (she has a bachelor's degree in medieval history and philosophy from Stanford, plus an MBA from the University of Maryland and an MS from MIT's Sloan School of Management) strongly influences her leadership style and her impact on HP's culture. In her view, "the most compelling thing you learn about the Italian Renaissance is that there wasn't a single act of bravery or ingenuity or inventiveness that triggered it — it was a collection of bold acts by individuals with many different talents that led to this significant advancement in culture, economics, science, and the arts."

But unlike the original, Ms. Fiorina's renaissance at HP has no tolerance for political maneuvering. As the fifth Rule of the Garage says, "No politics. No bureaucracy. These are ridiculous in a garage."

Putting the Rules into action, Ms. Fiorina gave her entire executive team new jobs so, she says, "they could see familiar things in a new way and have a different perspective on the business."

Again with her executive team ("Know when to work alone and when to work together"), Ms. Fiorina formed four "reinvention teams" covering strategy, structure and processes, performance metrics and rewards, and culture and behavior. A top priority was to create a more customer-focused organizational structure ("The customer defines a job well done"). As a result, HP's traditionally autonomous structure is now more centralized. Eighty-three product lines have been cut down to 16. Former product groups that were focused on laser printers, inkjet printers, computer hardware, and enterprise systems have been revamped into two customer units, one for commercial and one for consumer accounts, and two product development organizations, one for computers and one for printers.

Like Mr. Hewlett, Mr. Packard, and other HP managers before her, Ms. Fiorina listens carefully to others' voices. She airs her management philosophy in frequent speeches, encourages feedback — and isn't afraid to expose the organization's fallibility. For example, Ms. Fiorina asked each employee (and customer, for that matter) to submit to her by e-mail a list of the "The Ten Dumbest Things HP Does." She used the exercise to gain insights about areas for improvement and to encourage people to speak up.