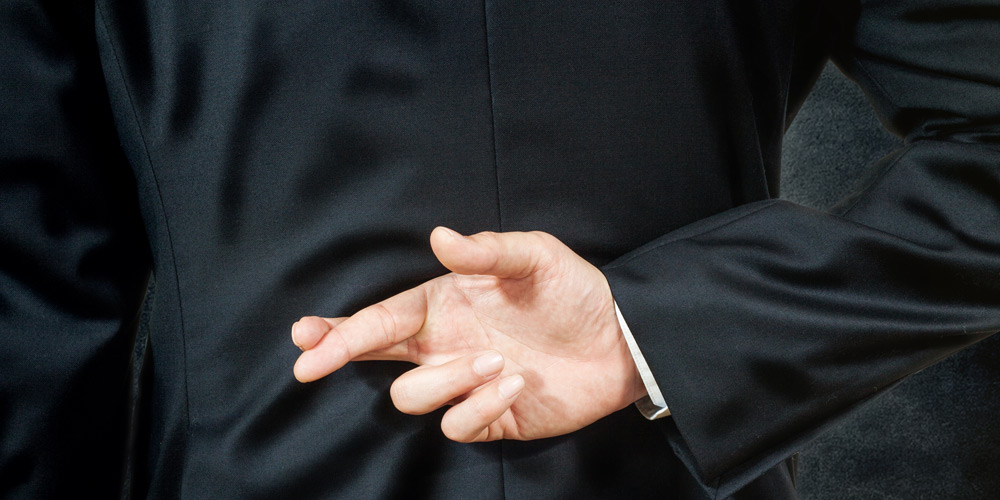 Don’t Fall for It: A Short History of Financial Scams

In that great cinematic cultural touchstone of 1980s capitalism, Wall Street, Gordon Gekko famously proselytized that greed was good. Less well remembered is the remainder of the speech, when he adds: “Greed, in all of its forms, greed for life, for money, for love, knowledge, has marked the upward surge of mankind.” It is that final point — that greed pushes humans onward — that best summarizes Gekko’s argument. But what happens later, when greed becomes overwhelming, the surge peaks, and humankind begins to slide down the other side? 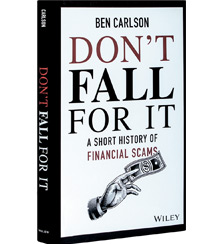 These inglorious descents are the subject of Ben Carlson’s Don’t Fall for It, a slim volume that describes the financial industry’s worst frauds and examines the psychology of the protagonists and their victims. Carlson uses a simple classification to divide the men (and seemingly, it is always men) behind the scams. His “Type I charlatans” are “more or less sincere but wind up ruining their investors anyway because they take their ideas to the extreme or fail to account for their unintended consequences.” Type IIs, however, “blatantly set out to take people for all they’re worth” and use charm and persuasion to recruit their stooges.

An 18th-century Scottish entrepreneur, John Law, is a Carlson Type I. A keen economist, Law was frustrated with the inefficiency of gold as a currency, as it had to be carted around to make transactions. His bold idea was twofold: to create a paper currency and to have that currency be controlled by a central bank that could manipulate the amount of credit in circulation. The problem for Law was convincing an entire economy to adopt his proposal.

He found a willing audience in debt-ridden France, which in the early 1700s controlled large swaths of what is now the southern United States. Law persuaded Philippe, the French regent, to back the currency with government debt, which could be converted into shares in the Mississippi Company, a development firm created to prospect for treasure in the U.S.

Law’s idea was successful beyond his wildest dreams. Such was the demand for shares in the Mississippi Company that its market capitalization briefly exceeded the GDP of France. But before long, the supply of shares overwhelmed demand, and prices fell. As confidence drained away, prices continued to plummet and Law was forced to flee France, poverty-stricken and with his spirit broken. He was a clear visionary: His central bank, with control over money supply, was a precursor to the modern Federal Reserve. But he also allowed his zeal for the project to cloud his judgment. Carlson notes, “Not a single ship from the Mississippi Company ever even departed for the shores of Louisiana. The business itself was basically an afterthought.”

Yet Law is a far more sympathetic character than any of Carlson’s Type II charlatans. Among this cast of rogues, Victor Lustig stands out for his sheer bravado. A career con artist, Lustig found himself in Paris in 1925, where he read about the dilapidated state of the Eiffel Tower. Using a fake government ID, he approached a group of wealthy businessmen under the ruse that the administration was looking to sell the tower for scrap. He found a willing victim in a would-be entrepreneur seeking social advancement. The entrepreneur agreed to pay a large bribe to Lustig to secure the deal; Lustig subsequently vanished. Incredibly, he attempted the same trick several years later with a different group, but this time the police were tipped off.

Using a fake government ID, Victor Lustig approached a group of wealthy businessmen under the ruse that the administration was looking to sell the Eiffel Tower for scrap.

Carlson’s retelling of Lustig’s misadventures is, if anything, too short. And the author is often in such a hurry to demonstrate the breadth of his research that his anecdotes pile on too quickly. In one particularly breathless page, he jumps from a comedy stunt on Jimmy Kimmel Live, to the Dunning-Kruger effect, to Charles Darwin.

That said, in addition to having what appears to be enormous fun telling stories of impressive bravura and amorality, Carlson also has some fascinating — and occasionally counterintuitive — insights into the problems of becoming rich and staying so. For example, he highlights data showing that almost one-third of lottery winners in the U.S. eventually go bankrupt. What is more, the neighbors of lottery winners are also more likely than average to go bust, and the bigger the win, the greater the chance that someone in the neighborhood is forced to declare bankruptcy.

Carlson argues that the vulnerability of the suddenly wealthy is due to a lack of experience in handling money. That makes sense. He gives several examples of high-rolling sports stars — one in five NFL players goes bankrupt within 12 years of leaving the league — and Hollywood actors who are suckered into unwise schemes. Yet he also finds that a little learning is a dangerous thing. He cites a study performed by psychologists at the University of California at Santa Cruz, who asked two groups the same set of detailed questions about financial markets. One group’s members had all been victims of financial fraud; the others had not. Yet it was the victims who scored substantially better on the test. Their knowledge of how the financial system was supposed to work had offered them no protection against scammers. Indeed, it had perhaps given them false confidence.

The saddest tale in Don’t Fall for It is that of Ulysses S. Grant, the Civil War hero who became America’s 18th president. Having conquered the military and political worlds, Grant wanted to do the same in business. Yet in his eagerness, he fell victim to a classic Type II charlatan, Ferdinand Ward. Grant and Ward went into business together, with Grant raising investment money and Ward seemingly delivering healthy returns. But Ward was simply “cashing every investor check for his own personal use,” and Grant wound up penniless. His biographer said he had been defeated by “his own fundamental decency.”

Carlson’s assessment is less generous. He argues that Grant was greedy, that he thought he “deserved to become a millionaire to have his money match his status in the pecking order. The crazy thing is Grant had something money can’t buy — the respect of the country and the world at large.” In this regard, Carlson acknowledges that Gordon Gekko was on to something in Wall Street: “One of the biggest reasons we’ve experienced so much progress over the past few hundred years is that it’s part of the human condition to wake up in the morning and want to better your position in life.” The lesson of his sobering book is that doing so too quickly, or without any due diligence, is bound to fail.