Doug Parker, the CEO of American Airlines, recently made a rather bold statement: “I don’t think we’re ever going to lose money again.”

Such a declaration deserves points for confidence, but might get marked down for historical awareness.

Superoptimistic projections after several years of positive results are both typical and something of a contrary indicator. People tend to forecast by extrapolating existing trends: The longer the good times, or a bull market, or an economic expansion, the more people tend to think it will continue forever.

An example: “No Congress of the United States ever assembled on surveying the state of the Union, has met with a more pleasing prospect than that which appears at the present time,” Calvin Coolidge professed in 1928. Economist Irving Fisher the following year proclaimed that “stock prices have reached what looks like a permanently high plateau.” We all know what happened next. In 1999, at the tail end of a decade in which stock market indexes had already tripled, James K. Glassman and Kevin A. Hassett published their superoptimistic book, Dow 36,000. The market promptly peaked. 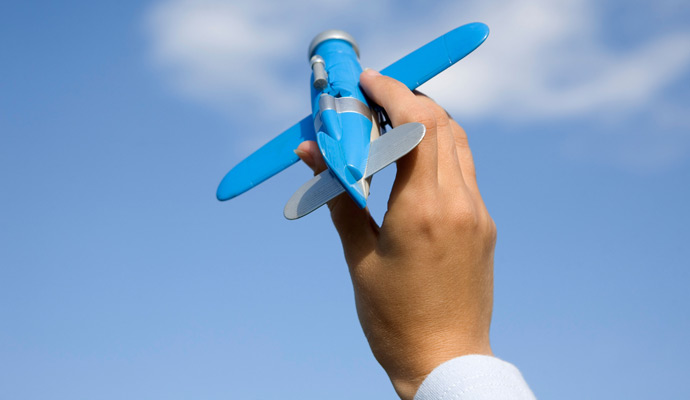 Making forever projections would seem to be particularly ill-advised in the airline business, a complex, volatile, and capital-intensive industry whose profitability has been much maligned over the years. The history of mass aviation is filled with bankruptcies, bailouts, and forced mergers. “I think in the entire hundred-year history of the airline industry, the cumulative profits in the U.S. have been approximately zero,” as venture capitalist Peter Thiel put it. That may be difficult to prove, but that sentiment has emerged as something like conventional wisdom.

In recent years, the airline industry has become much more adept at engineering the structure of its business — controlling labor costs, taking advantage of low oil prices, reducing excess capacity, capturing revenues through dynamic pricing, and collecting lots of fees for baggage and on-board food. For the last several years, airline companies have done quite well.

It’s increasingly likely that the person running a large public company hasn’t led that company through a recession.

But bad things can happen to markets, the economy, and the airline industry. If hurricanes strike your major hubs, you might have to curtail operations. Global instability and fears of terrorism can put a damper on passenger traffic. And if the economy contracts, there could be a widespread drop in demand for your services — as happened in 2008. And these are just the foreseeable scenarios.

CEOs who grapple consistently with economic downturns are probably less likely to make such optimistic projections. But because of structural changes in our economy, and in our systems of corporate governance, it’s increasingly likely that the person running a large public company hasn’t led that company through a recession. (Doug Parker took the helm of American Airlines in 2013, although he did run US Airways during the 2008­–09 recession.)

Let’s look at the numbers. For much of U.S. history, the economy entered recession every few years. But we now live in an age of very long business cycles. On October 1, 2017, the current expansion, which began in July 2009, entered its 100th month. The National Bureau of Economic Research, the arbiter of business cycles, says that makes this expansion the third-longest in history, behind only the 1960s boom (106 months) and the 1990s boom (120 months). Prior to the current expansion, the previous three economic cycles have lasted 92 months (December 1982 to July 1990), 120 months (March 1991 to March 2001) and 73 months (November 2001 to December 2007.) We’ve had only one recession in the past 16 years (though it was a real doozy, the deepest and longest downturn since the Great Depression). Put another way, since March 1991, the economy has only been in recession for 26 months.

But CEO tenures haven’t been lengthening to the same degree that economic cycles have. As a result, the typical CEO at a large company today probably wasn’t on the job when the last recession began, in December 2007. According to the CEO Success study from Strategy&, PwC’s strategy consulting business, the median tenure of a departing CEO in 2016 was eight years. Because fewer leaders have direct experience with the onset of a downturn, it means fewer leaders will recognize the telltale signs, and fewer leaders will think it can happen to them.

That’s not to say that Parker is wrong. There’s no reason this economic expansion can’t run for another eight years, with airline companies continuing to rack up profits. But history tells us that long-haul flights — the ones with the most carefully designed flight plans, helmed by the most deft pilots — are bound to encounter some turbulence.