More than 20 years ago, on July 5, 1993, a cartoon appeared in the New Yorker, which has since become a classic. It showed a dog typing on a computer, looking at a dog friend on the floor. The caption read, “On the Internet, nobody knows you are a dog.” Back then, it seemed like you could be anyone you wanted to be online.

Today, we have personal profiles online. We regularly interact through our computers and mobile devices with people we know—and people we don’t. Increasingly, we also connect with companies in similar ways. More and more, the everyday products we all use—from cars to toothbrushes—are becoming linked to the Internet and, as a result, companies are becoming increasingly linked to us, the real people who are using websites, apps, and a wide variety of online services.

Welcome to the “Internet of customers,” where companies are connecting not just to things—they’re also connecting to customers. Gartner recently predicted that CMOs will outspend CIOs on IT by 2017, which illustrates this major transformation in how organizations are thinking about technology as a means to connect with people.

How did we get here? It’s because of four important advances in technology: social media, mobile devices, wireless sensors, and the cloud.

People’s personal and professional identities are linked to social media accounts. Billions of people around the world now share information online daily about their preferences, connections, and identity.

At the same time, we’re moving into a mobile world where almost everyone carries a smartphone. This year, it’s expected that 30 percent of all Internet traffic will be via mobile devices.

Wireless connections and sensors are already being built into products that we use everyday—including televisions, thermostats, refrigerators, cars, toothbrushes, cameras, vending machines, and cash registers. According to ABI Research, in the near future, more than 30 billion additional objects will have such sensors. And all of these devices will be capable of sharing in real-time how people are using something.

In the near future, more than 30 billion additional objects will have wireless connections and sensors.

Taken together, this is the foundation for the Internet of Customers. We can now combine the data and information from mobile devices and sensors, and we have a constant connection to social and cloud services. Let’s look at a few examples.

Think about the current trend of wearable fitness monitors that people are using. Such devices have arrays of sensors that can track, for example, your location, heart rate, and the number of steps you take each day. Customers also regularly feed data back to companies through apps. And as people increasingly use technologies like these, they will send more and more signals about themselves and their social interactions to companies.

Or look to The Walt Disney Company, which offers visitors a wearable band that provides admission tickets for rides while serving as a virtual wallet and hotel key; it can also monitor guests’ information and park preferences. Philips is introducing a smart toothbrush that can communicate with your dentist. And a slew of other new connected watches and wearable tech devices are about to hit the market.

Behind every one of these data-producing products is a real customer. Companies that embrace the Internet of Customers will be invited into their consumers’ lives on a daily basis. They will be able to gain insights about what people eat, drink, see, hear, and even feel.

And so they will have to rethink and reimagine how they interact with and service customers. For example, New England BioLabs, a company that creates specialized enzymes for genomic research, added sensors to the refrigerators they put in their clients’ labs. They connected the refrigerators to their head office so they could monitor inventory and temperature—and, in turn, proactively deliver better service to their customers.

The companies that successfully bring together all the information, context, and connections they collect will have a far deeper understanding of their customers and, more importantly, about how their products fit into their customers’ lives. The resulting profusion of facts and figures is bound to bring an explosion of related innovation.

The Internet of Customers allows companies to create one-to-one relationships with customers in entirely new ways, transforming how they sell, service, market, and innovate. And this is only the beginning. 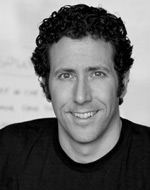 Daniel Debow is a cofounder of Salesforce Work.com.