Why do some teams consistently come up with great new ideas while others languish with little to show but time around a table? How do some organizations operate nimbly in the face of fast-evolving markets while others freeze like deer in headlights? What can you do, as a leader, to build positive, productive energy that fuels creative thinking and breakthrough innovation?

I recently had the pleasure of spending two days at The City Resilient, a conference and design charrette hosted by PopTech, an organization known for convening in-person gatherings of innovators, along with the Rockefeller Foundation and others interested in resilience. As PopTech founder Andrew Zolli noted, every person present in the diverse, hand-picked group had great expertise and could be a keynote speaker at most conferences. However, the members of this group hadn’t been convened to lecture, but rather to tackle a vexing problem in short order: creating cities that could survive the stresses of the 21st century, from extreme weather to income inequality. They were charged with working together to actually get something done.

This was a situation ripe for ego clashes, jargon-laden rants, and professional posturing. Instead, the stage was set for an energizing day of discovery and exchange, using techniques that can be readily adapted to work with any team in virtually any organization. It starts with articulating values. Zolli opened the charrette by stating that its hypothesis—that city resilience could be built from the neighborhood up–was meant to act as a trampoline, and it was perfectly fine if the group “bounced to somewhere far more interesting.” No one had to worry about offending the host, he added; we were not there to ratify his ideas.

Zolli turned the meeting over to Milenko Matanovic, artist, activist, and founder of the Pomegranate Center, an organization specializing in using collective creativity and collaboration to foster community. Matanovic outlined five simple yet profound principles for the day. These are leadership values that you can articulate and model to reframe group work to maximize creativity and minimize destructive politics; overcome barriers and avoid rabbit holes; and bolster enthusiastic engagement. They aligned nicely with work that I have done and research I have encountered exploring systems-based leadership:

1. Together, we know more. This statement acknowledges that everyone in the group is a valuable participant with something to contribute. It reflects wisdom I learned years ago: Start with the assumption that everyone has part of the answer and no one has all of it. Research on surgical teams by Harvard Business School’s Richard Bohmer, Amy Edmondson, and Gary Pisano found that groups adopting a new procedure had a far easier time when they were all considered equal experts than when one person was positioned as the expert head and the others as skilled support staff. People invested more of themselves when participating in a team of equals.

2. There can be multiple victories. Team-based work can often devolve in confrontations over Idea A versus Idea B: when I win, you lose. Collaboration requires multidimensional problem solving where a win-win situation is both possible and desired. One idea is built upon another until something remarkable emerges. When multiple victories are possible, giving in on one idea is not perceived as a calamitous loss; people become more willing to take risks and offer fresh thinking. Everyone with a great idea will have a chance to see it recognized.

3. Be tough on ideas and gentle on people. Bad ideas live because people are afraid to be forthright for fear of offending another team member or making a political misstep. Conversely, harsh personal criticism will cause people to clam up and keep potentially great contributions to themselves. Research by the NeuroLeadership Institute’s David Rock has shown that the brain processes social pain similarly to physical pain: ostracizing someone for a “dumb idea” can feel to them like an actual blow. Keeping debate rigorous yet respectful can bring the best ideas to the surface with everyone feeling good about the rough-and-tumble.

4. Listen, and no jargon. The City Resilient meeting brought together planners, activists, academics, developers, government officials, and more. It was a diverse group with each specialty equipped with a secret decoder ring’s worth of acronyms and opaque technical phrases. Leonard Marcus, Barry Dorn, and I have shown that the first step to productive multidimensional problem solving is to ensure that everyone feels genuinely heard. And if you want to be heard, you must speak in language that can be understood. Unpacking the jargon can also reveal underlying assumptions that may be outdated or mask biases, obstacles, and opportunities.

5. Be more creative and less clever. The need to come across as polished can stifle creativity in a group. Half-baked ideas and the germs of concepts need to make it to the table where they may spark someone else’s thinking. Remember the trampoline and the freedom to jump to somewhere more interesting. Get provocative. The idea is to get everyone’s juices flowing, not to lay claim to the most finely honed best bullet point on the white board.

These five principles can do more than ignite a journey of discovery. They exemplify how values can help create value. They can rejuvenate your culture. They can bring clarity to the job to be done and focus for the challenges ahead.

Implementing these design principles may not be easy at first. As a leader, you must take the first step: You must be willing to stand for them, embrace them, and live them. Let your contributions get knocked around a bit. Acknowledge others and the value they add. Ask questions. The rewards will be a refreshed atmosphere, a reenergized team, and perhaps your next great innovation. 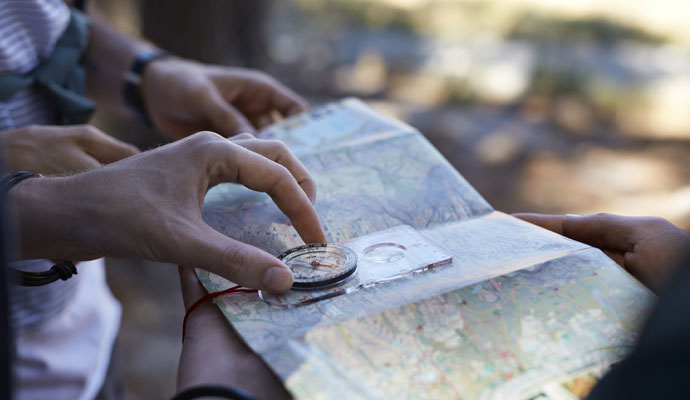 Being an expert navigator is the key to innovation success
Innovators must prepare for their journey like adventurers: studying the conditions and being prepared to respond to dynamic elements along their path.
by Cyril Bouquet, Jean-Louis Barsoux, and Michael Wade 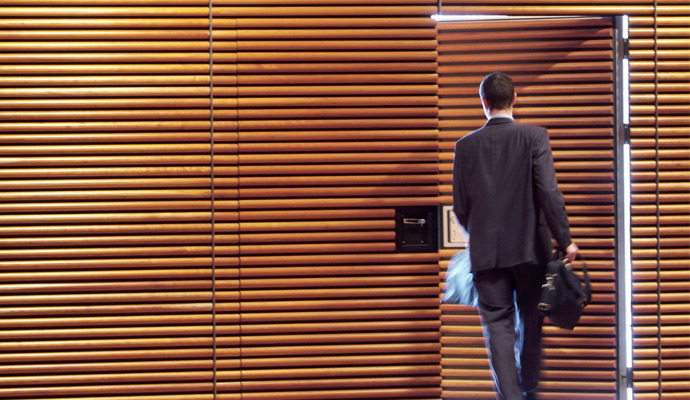 Boycotts unsettle boards
A director’s beliefs can prompt his or her departure when the company finds itself targeted by the public.
by Matt Palmquist
Digital issue