Why do some interest groups, like the National Rifle Association and the AARP (formerly the American Association of Retired Persons), grow into huge national organizations with an outsize influence on public policy, while others, like the ACLU and the NAACP, though certainly influential, remain much smaller and less financially secure?

That’s the question Peter Murray, founder and president of Accelerate Change, sought to answer when he embarked on a multiyear research project. He looked into the strategies and finances of more than 50 large national and regional civic organizations, including churches, trade unions, member groups, and community organizations. Murray, whose career has been devoted to helping civic organizations develop strategies to sustain growth and become self-sufficient, now believes that the answer lies in how well organizations can establish meaningful connections with their members. 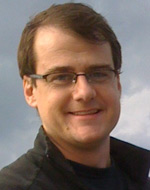 Strategy+business recently spoke to Murray about what distinguishes the largest and most successful civic organizations, and the lessons every business can learn from their success.

S+B: Your study focused on how some civic organizations achieve scale and others don’t. What’s the secret?
MURRAY: Virtually every civic organization is intended to support some issue or another—whether it be civil rights, union organizing, or just building and sustaining a community garden. The distinction I want to make is between issues-based organizations that depend primarily on the generosity of like-minded donors for support, and what I call ‘functional organizations,’ which offer not just a commitment to a particular issue, but an enduring sense of community, tied together through a powerful media platform and valuable benefits. Some combination of these elements is key: No issues-based organization has grown as large as the most successful functional organizations.

S+B: Can you give me an example of a successful functional organization?
MURRAY: The most effective functional organization I can think of may be the National Rifle Association [NRA]. Whether or not you agree with its political agenda, its lobbying efforts at both the local and national levels have obviously been enormously influential. But it couldn’t be effective without the more than US$100 million its 5 million members contribute in dues every year. And they pay their dues even though they’re not necessarily committed to precisely the same gun-rights agenda. The NRA has been able to thrive because it has combined three critical factors to establish an enduring connection with the lifestyles and needs of its members.

Second, it operates a very active and effective media program, including two of the most popular magazines in the U.S., and a comprehensive, carefully maintained website.

Third, and perhaps most important, the NRA understands the importance of community, of building in-person, member-to-member relationships. That’s why the local activities—the gun clubs and the classes—are so important: They really cement the amazingly loyal connection between the NRA and its members, by encouraging personal relationships among the members themselves. By combining a strong grassroots foundation with an appealing benefits programs and prominent media platform, the NRA enlists significant loyalty from its members and can encourage them to take an active role in the promoting its political agenda, first on the local level and, for some, on a larger stage. It’s incredibly effective.

S+B: What lessons can the business world learn from the NRA’s success as a functional organization?
MURRAY: The NRA’s success depends on a deep relationship and level of trust with its members that’s hard to find in the corporate world. It offers a lesson about how to think not just about the individual products and services a company sells (in effect, the benefits) and how to market them (the media efforts), but about how to establish a deeper relationship with customers.

The NRA’s connection to its members isn’t so much about the issues it promotes—gun rights and the like. It’s really about making an identity connection to how members see themselves. It’s about asking, “How do we create a space where members can connect with each other and share a common identity, common interests, and common goals, and then connect with each other around those common identities, interests, and goals?”

The NRA has done a great job connecting people who identify themselves as hunters, for instance. That’s what companies need to do: to figure out what their target customer’s identity is, what set of activities they engage in that is related to that identity, and then try to meet the needs generated by those activities.

Certainly, lots of companies are trying to do just that. Many are beginning to realize that they can’t just sell products. They need to create experiences for consumers. And at best, those experiences should involve social components, which are in-person, almost invariably, though they can be fueled by social media. This is more and more the direction in which marketing is going.

S+B: Can you think of a company that’s succeeded in taking this approach?
MURRAY: Apple is particularly good at this. They understand who their customers are, and their marketing is aimed at establishing an intimate connection with them. When the company first began opening retail stores, many people thought its strategy would fail. But the stores have been instrumental in establishing that in-person, customer-to-customer connection. They offer a space where customers can interact with cool salespeople, take classes, and meet other customers like themselves. The Apple Store offers a real experience, and that, combined with great products and great marketing, has given the company an exceedingly loyal customer base. 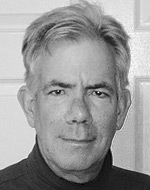 is a longtime business journalist and a contributing editor at strategy+business.