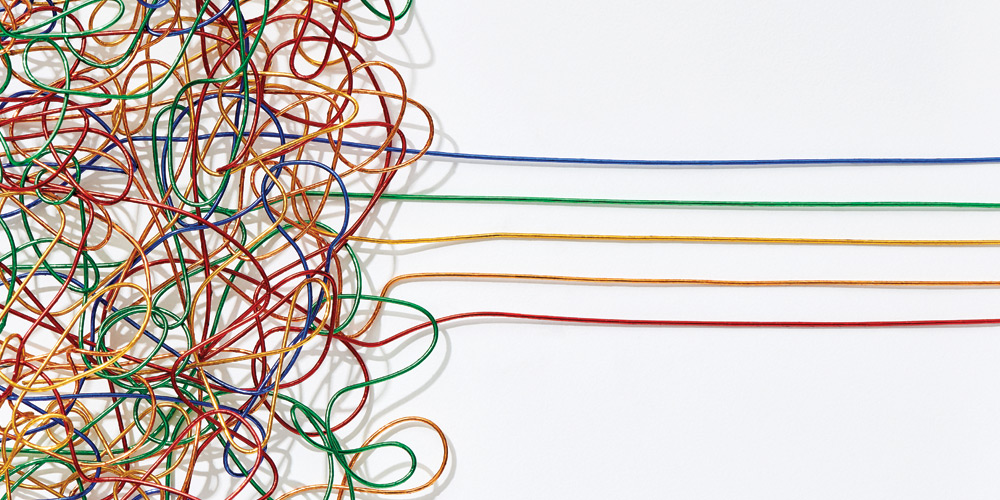 This time of year always ushers in resolutions and thoughts of what will be different when we wake up on January 1. But commitments to make lasting changes to diet and fitness can be fleeting. So why not tackle something at work that is well within your control and will make a real difference? Make January a “simplification month.”

I first heard about the idea in 2013 when I interviewed Jess Lee, the former CEO of the social e-commerce site Polyvore, who joined Sequoia Capital as a partner in 2016. Here’s how she described it: “We just asked everyone in the company to make a list of everything that they do, identify the things that are important, and for the rest of the list, simplify it, optimize it, or delete it, so we can get the company to the simplest possible state.”

The company deleted a bunch of features on its platform, killed some advertising products, and simplified its communication processes. Yes, it required a break from the full-speed-ahead mentality that startups need. But it was worth it. “The whole company worked on this for a month and that’s a chunk of time where we weren’t building new things,” she said. “But it’s really, really important to take the time to clean up all the entropy that otherwise will happen.”

A simplification month is a smart approach to focus everyone’s attention on one of the greatest challenges for companies of any size: complexity. In business, as in nature, complexity inevitably creeps into any ecosystem. Initiatives are introduced, and then people lose interest when they are no longer the shiny new toys. Growth brings more involvement from new departments, each wanting to put their fingerprints on every aspect of the business. Departments and business units lobby for resources to build their empires. And strategy decks grow longer and busier, adding bullet points, tiered pyramids, and corkscrew arrows to describe where the company is going. Companies can easily default to making things more complex.

If you want to commit to making January your simplification month, here are two ways to get started.

Bob Pittman, the CEO of iHeartMedia, told me that he uses the shorthand “weed the garden” for this exercise. “If I try 10 new things and, just for example, let’s say two are clear winners and two are clear losers,” he explained, “that means I’ve got six in between. What do I do with those? Most organizations — and when I’m not careful, including [ours] — let everything live except the clear losers. And what happens over time is that stuff in between doesn’t really help you. It takes up a lot of resources. It’s confusing. It’s muddy.”

He added: “If you let that stuff build up — and with the next 10 things you do, there are two clear winners and six that are the gunk — then pretty soon my whole organization is basically mediocrity and gunk. So if you can bring yourself to say, ‘I’m only going to let clear winners live. I’m going to take the resources I put for the other eight things and try again,’ you can keep a crisp organization. Part of it is being honest with yourself. What really is a winner?”

The next step: As you plan out the next year, shift your focus to outcomes rather than priorities.

One common problem I see in my consulting work with senior leadership teams is that their priority lists are often too long. Yes, leaders may want to signal they have their arms around the business and are fully aware of all the areas that need work. But it can be hard to move the needle on anything if you have more than three or four key areas of focus. As Jim Collins has written, “If you have more than three priorities, you don’t have any.”

Priority lists are often too long. It can be hard to move the needle on anything if you have more than three or four key areas of focus.

Another problem is that the meaning of the word priority can be fuzzy. Priorities can often be unnecessarily lofty — to pursue excellence, achieve “best-in-class” status in a particular area, or create an environment of inclusion — and thereby escape the rigors of deadlines and wiggle-free metrics for measuring progress.

John Donahoe, who in October was named the next CEO of Nike (his fourth CEO role, after ServiceNow, eBay, and Bain & Company), prefers to focus on outcomes for the year, and he uses priorities to describe the work that is needed to achieve those outcomes. Donahoe applies the exercise to himself as the leader of the company, and to his direct reports. He begins by saying, “These are the outcomes I want to be able to say yes to by the end of the year.”

So as you’re looking ahead to the next year, try to answer this simple question: What are the three or four things that you need to accomplish over the next 12 months so that, at this time next year, you can look back and say that 2020 was a successful year? Then you can start planning at that point for your next simplification month in January 2021.

Adam Bryant is managing director of Merryck & Co., a senior-leadership development firm. He is the author, with Kevin Sharer, of the forthcoming book The CEO Test: Mastering the Seven Critical Challenges that Make or Break All Leaders, to be published in March 2021 by Harvard Business Review Press.