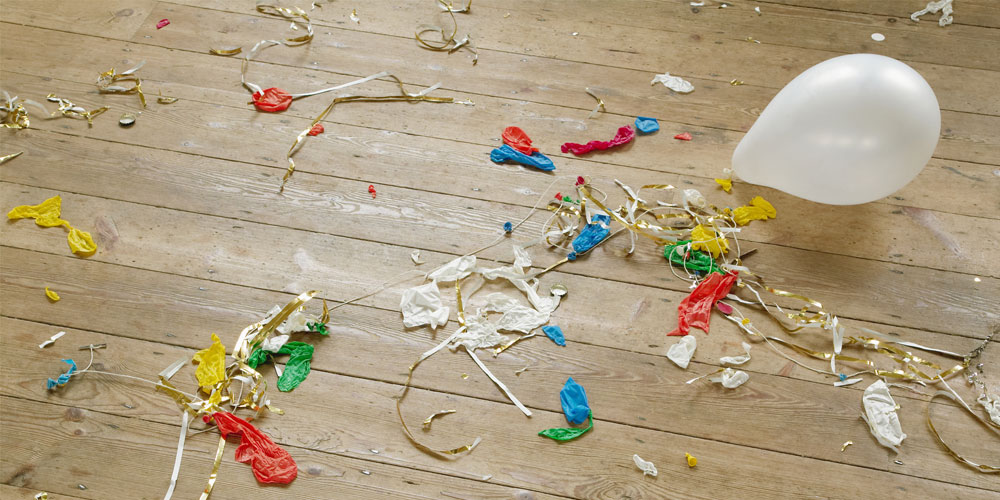 No industry can compete with advertising as an arena for our cultural anxieties about business. TV’s Mad Men is only the most recent prominent entry in this crowded discourse, which probably originated with Frederic Wakeman’s 1946 novel The Hucksters, about a war veteran who returns to a job in radio advertising, a line of work he will ultimately find repugnant.

A movie version of The Hucksters, starring Clark Gable and Deborah Kerr, came out in 1947, followed by a passel of films, TV shows, and novels involving the ad business in some way or other. What better context, after all, for dramatizing the artist’s righteous disdain for commerce?

Given the ample competition, it’s all the more impressive that no novel about advertising can hold a candle to Then We Came to the End, former adman Joshua Ferris’s irresistibly funny and desolating debut from 2007. There are a hundred reasons anyone in business would find this book compelling, not least among them the refreshing absence of moralizing, the acute understanding of what work means in today’s world, and the vivid portrait of workplace dynamics among creative professionals. Managers can always profit by reading a great novel, but they could hardly choose a more directly applicable—or enjoyable—one than Ferris’s.

The setting is a Chicago advertising agency in the aftermath of the dot-com boom. A collection of youngish creatives labors to bottle the zeitgeist (and fend off despair) under the supervision of an imposing partner named Lynn Mason. The story is told by a mysteriously godlike first-person-plural narrator, speaking in the wised-up tone, a mix of cynicism and insecurity, that prevails in the complex social structure of the modern workplace.

Aside from the quirky joys and discontents of office life for educated and imaginative people who cannot help dreaming of some richer, more meaningful existence, there are two main issues that drive the story. The first is the post-bubble era in which it’s set. Work has dried up, the creatives are killing time while billing their remaining clients for the slain hours, and layoffs have begun. For the terminated, these are a kind of demise, striking suddenly, instantly separating the ones ejected into the next life from those who will remain. The survivors marvel at their luck, mourn their lost colleagues (if they liked them), and worry about who will be next. All are united in the fear that Tom Mota, a manic emailer and devotee of gun magazines, might return to settle scores after he loses his job.

The second issue driving the story is that Lynn Mason, always an object of fascination and even veneration by her minions, has breast cancer, though she’s made no mention of this to anyone. It’s just one of those things, like so many pieces of common knowledge, that everyone in the place knows. The men and women she is forced to lay off will have an afterlife of some kind, but the same is far from certain for her.

These events, orchestrated by their precocious author, provide ample narrative drive for one of the best English-language novels about business ever penned. But the core of Ferris’s achievement is not clever plotting. Rather, it’s the workplace context he creates, and the vivid cast of characters he manages to animate and differentiate within it. In keeping with the conceit that the tale is being told by an insider, the author reveals on every page the seething life behind the businesslike facade, the sex and drinking and self-loathing, the pent-up aggression and petty status symbols that become the focus of such effort and envy.

Ferris is a comic anthropologist, in other words, and the human dynamics of the workplace he portrays, although two decades old by now, speak loudly to us about the issues managers face in so many workplaces today. Advertising, once a reliable context for pious finger-wagging about the evils of business, is now an apt metaphor for the nature of the work most of us perform.

Ferris is a comic anthropologist, and the human dynamics of the workplace he portrays, although two decades old by now, speak loudly to us about the issues managers face in so many workplaces today.

First and foremost among the issues embodied in this novel is the challenge of managing people hired to use their imaginations. “Most days we were men and women of two minds,” Ferris writes. They were cynical about much of what went on at work, yet “there was no immunization against the camaraderie” that arose during a so-called “fire alarm,” when a tight deadline loomed, and the entire staff worked day and night in concert.

“We were fractious and overpaid…,” the narrator acknowledges. “Our benefits were astonishing in comprehensiveness and quality of care.” That doesn’t stop people from wondering whether it’s all worth it: “We thought moving to India might be better, or going back to nursing school. Doing something with the handicapped or working with our hands. No one ever acted on these impulses, despite their daily, sometimes hourly contractions. Instead we met in conference rooms to discuss the issues of the day.”

Many other familiar real-world management challenges play out in Ferris’s imaginary workplace, including, of course, the pain on all sides when cutbacks are required. The personal may not be political, but it certainly filters into the office. Almost everyone seems to know everyone else’s business, and it is almost impossible to keep love, lust, friendship, jealousy, and all the rest of our troublesome emotions out of the office. One of the many subplots involves a married employee who gets a colleague pregnant.

As in so much of the literature of business, a theme throughout is: just what should we expect from our life at work? Can it be our primary source of meaning, belonging, identity, stimulation, and reward? It is for Lynn Mason, who confronts cancer in her 40s having devoted herself entirely to work and achieved all her professional goals. But like David Levinsky, the fictional garment industry tycoon rich in every conventional asset except love, she too finds that it is lonely at the top. It is also hard to face a life-threatening illness by yourself.

From the gallows humor of the office, the novel slips almost effortlessly into the fraught reality of Lynn’s private life, a section that gains force from its contrast with the kinetic cynicism of what has come before. A successful lawyer named Martin seems to be the only person in Lynn’s life outside the office, and he too seems to live for work, though the two are having a promising romance when he learns of her diagnosis—and her fear of hospitals. Lynn will surprise us in various ways, but so too will Martin, a seeming drudge whose creativity and decency in the face of Lynn’s cancer will prove a two-edged sword.

Then We Came to the End is a book full of life, but it is also about final things, as its title suggests. In the workplace, it reminds us, death and dismissal stalk everyone. And, sooner or later, one or the other catches up with us.