When Jeff Bezos, Warren Buffett, and Jamie Dimon — the CEOs of Amazon, Berkshire Hathaway, and JPMorgan Chase, respectively — broke the news that they were launching a new company to tackle their U.S. employees’ healthcare, it signaled an innovative approach to a seemingly interminable problem.

Although few details of the company were shared, except that it would be unconstrained by profit considerations and wouldn’t seek to displace traditional hospitals or insurance companies, healthcare-industry shares tumbled, including those of insurers, pharmacy-benefit managers, and pharmaceuticals. This dragged down the broader market as analysts pondered what the tie-up could mean for the future of healthcare.

The U.S. healthcare industry, of course, has presented an inexhaustible list of challenges, ones that seem impossible to solve due to incomplete, contradicting, and shifting requirements. Healthcare costs in the country are high, and patient and process outcomes vary widely compared with those other developed countries. The good news is that there is consensus on the desire to lower costs and improve quality of care — all while maximizing consumer choice, allowing people to opt out of the insurance pool, and mandating emergency care no matter the patient’s ability to pay. 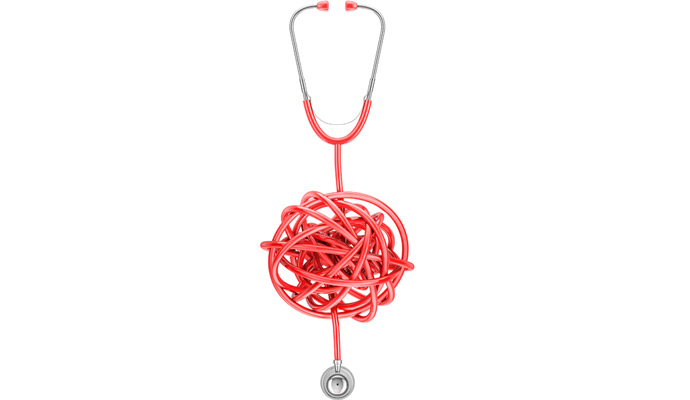 Having coauthored a book on negotiation and conflict resolution in healthcare, I am all too familiar with this thorny thicket: There are multiple stakeholders with legitimate interests and powerful leverage points in the system. Each potential pocket of savings is someone else’s fiercely defended profit pool. There isn’t a single sticking point, nor is there a silver bullet to cure all the system’s ills.

More important than what the Amazon–Berkshire Hathaway–JPMorgan Chase initiative will look like are the two changes that are likely to reverberate more widely: (1) CEO focus on the topic, framing it as a true leadership issue, and (2) a willingness to think differently about health and healthcare.

And to be sure, Bezos, Buffett, and Dimon aren’t the first top executives to try to tackle the vexing cost-and-quality challenge of healthcare for their workers. This isn’t even the first group effort: Almost 50 companies belong to the Healthcare Transformation Alliance, a group created several years ago to, in their words, “fix our broken healthcare system.”

What’s different here is that these three CEOs have made a personal public commitment. Further, the synergies among these leaders and their companies present exciting possibilities: One runs a retailer relentless in experimenting to optimize service processes and improve customer experience. The second has a broad portfolio of companies that could serve as environments in which to test potential solutions in diversified settings. The third is at the helm of a financial-services giant that may be able to find connections among financial, physical, and mental health. All three have reputations for committing resources to big, long-term bets and finding ways to deliver results.

Coincidentally, on the day of this announcement, I was speaking with the Conference Board’s Health Leadership Council, a group composed of chief medical officers and other health-policy executives from Fortune 500 companies looking at health as a component of organizational development. Although their meetings are held using the Chatham House Rule of confidentiality, they’ve allowed me to share the general contours of their journey. Their perspectives illuminate three key considerations for leaders seeking to become active in this area. So take notes Messrs. Bezos, Buffett, and Dimon — and any other leader considering moving in this direction.

• Health is about more than the medical. Noting that the word “health” almost automatically takes the mind to traditional medical considerations, council members have crafted a multifaceted framework for health and well-being that integrates physical, mental, social, and intellectual health as well as one’s larger life purpose. Several of the members have public-health as well as medical credentials and they are serious about looking at how their workplaces are one of the social determinants of health. This approach views health as a complex, adaptive system in which no one stakeholder controls overall function. The key is to understand the relationships between the elements in the system and use that knowledge to find leverage points to influence outcomes.

An analogy was made to the “housing first” approach to homelessness, which operates with the belief that the basic need of housing must be met before a person is able to make other life changes, such as finding work. One participant familiar with this effort noted that he had seen how providing stable housing for the homeless had led to a dramatic decrease in their emergency room visits and an increase in their overall health. The question then becomes: Where do leaders find the hidden factors in the workplace that, when tweaked, may yield similar results? For example, there is evidence that relatedness, feeling part of a team, is a significant factor in psychological satisfaction at work. What are the health implications of a great — or lousy — team environment?

• Health and well-being can present opportunities. When health is viewed through a lens of opportunity rather than one of cost, leaders are challenged to think differently about the factors that influence health, and how a healthy workforce creates business value. What strategic insights might you derive by asking what it would mean to be a fully trusted health and well-being partner to your stakeholders?

When health is viewed through a lens of opportunity rather than one of cost, leaders are challenged to think differently about the factors that influence health.

One participant from the energy sector told the story of a base-building project in the Middle East. His company, like others in the industry, traditionally started by building a basic camp for the workers who would be brought in from a number of countries for the two-year construction period for an energy plant. Up until this point, management had been focused on cost containment. But for this project, they opted to experiment.

Rather than erecting a camp, they thought about building a community. The words “caring” and “respect” came up frequently in the participant’s story. The initiative involved such considerations as purchasing thicker mattresses than the company had provided at older camps — the hypothesis being that better-rested workers would be more focused, have fewer injuries, and make fewer mistakes — ethnically appropriate food and exercise facilities, native-language movies, and educational programs. Costs were marginally higher. However, injuries and nonaccidental deaths were dramatically below forecasts, and productivity improved. The project was completed ahead of schedule and under budget. The community model has become their standard operating procedure.

• Legacy metrics aren’t sufficient. One hurdle that bedevils any new approach is demonstrating return on investment. I have seen this scenario play out in areas that are now considered mainstream, including analytics and sustainability. It wasn’t that long ago that courageous innovators stood before skeptical investment committees suggesting that their company build them a first-generation website. When asked about ROI and other traditional metrics, the web designers had no answers. It is the same with health and well-being. The debate rages over the real returns on existing models and how best to fit new approaches into old KPIs. However, some connections are emerging.

One study showed that 56 percent of those surveyed who felt respected by their bosses also reported improved health and well-being. Another found that in companies with high levels of trust, employees report lower stress, fewer sick days, and less burnout, as well as more engagement and energy on the job.

There is still much to do because, as with any complex adaptive system — particularly in our volatile, uncertain, complex, and ambiguous circumstances — definitive cause-and-effect relationships are elusive. However, given the increased number of organizations embracing design thinking, big data, and related methodologies, the stage is set to iterate a productive path forward. Executives must accept that old metrics may obscure rather than reveal the impact of new approaches. They should demand rigor and keep an open mind.

Solving the healthcare riddle is among the most daunting challenges of our time. As it sits at a hot spot for innovation — the intersection of pain and money — it is not far-fetched to imagine a near future significantly different from the present. Forward-looking companies, and their leaders, are doing just that. More meaningful offerings and measures could emerge from a better understanding of what employees want and expect their company to do about health and well-being.