The seemingly constant launches of virtual reality headsets, hardware, and content is triggering a blend of headlines and hype familiar to any experienced observer of the tech and media scene. As engineers and creators figure out how to marry the real and virtual worlds, the future of augmented reality (AR), virtual reality (VR), and mixed reality (MR), which are often used interchangeably, seems to be now.

But some caution is warranted. The three technologies are fundamentally very different in terms of their future use cases and applications. They also vary widely in their implications for entertainment & media (E&M). And, perhaps most significant, crucial questions surrounding monetization and business models have yet to be answered.

So, what’s the difference? AR essentially means putting a synthetic overlay — usually data — on the real world. (Think Google Glass.) AR is thus ideally suited to commercial and enterprise uses like field service maintenance, medicine, or any service that requires the user to use both of their hands. VR, by contrast, immerses the wearer fully in an entirely computer-generated world. Applications in entertainment, training, and education are key business drivers. (Think Oculus Rift, HTC Vive, or Sony’s PlayStation VR). Mixed reality sits between the two, as its name suggests, overlaying computer-generated objects in real-world settings. MR is so new that its future uses cases are still unclear, but the demos have been impressive. (Think Magic Leap, Microsoft’s HoloLens, or Canon’s MREAL headsets.)

For the vast E&M complex, it’s clear that VR is where the action will be — at least in the short to medium term. And there’s little doubt that in the next decade it will become a significant new channel for entertainment, enabling consumers to transition from passive consumption to much more interactive participation.

Already, we’ve seen the rollout of a raft of VR devices, including Oculus Rift, HTC Vive, PlayStation VR, and Google’s smartphone-powered Daydream View. At the same time, leading game developers and movie studios are either developing VR content or investing in VR companies, or both. Innovation is accelerating, more content is becoming available, and many of the experiences are getting better every day. Yet while the medium’s potential to deliver new entertainment experiences remains clear, there are three factors E&M companies should consider carefully before taking the plunge into VR.

First, as we’ve seen previously in other areas of consumer technology, progress is likely to take place in baby steps rather than massive leaps. And the issues hindering adoption of these technologies tend to be social, not technological. While VR has shown promise for decades, some efforts to commercialize it have failed due to the social stigma of wearing a headset. Pokémon Go, an AR game, exploded as a global phenomenon, but inspired a set of negative reactions — including, among others, concerns about people showing up randomly in unexpected (and sometimes unwanted) locations. The Holocaust Museum in Washington, D.C., had to issue a plea to the public not to catch Pokemon in its building.

Second, as is often the case in the early stages of a new medium, the models for monetizing VR content have yet to be defined. Whatever else VR content might be, you can be sure it won’t be cheap to make. But it’s unclear how investments in these technologies will yield returns. After Pokémon Go caught on, Nintendo’s share price surged. But it fell back when investors realized the limited extent of the electronics giant’s participation in the app’s revenues. The E&M industry at large still needs to work to how to profit from this new channel.

Third, the active entertainment experience of VR differs sharply from sitting passively in a movie theatre or watching TV. VR differs so sharply, in fact, that babies and small children, whose eyes are not fully developed, can’t handle it. Adults who experience just half an hour in an intense, all-action VR world — riding roller coasters at a virtual amusement park, or bungee jumping in New Zealand — may emerge feeling mentally and physically exhausted rather than rested. Instead of returning quickly for another VR experience, they may turn to that most analog of media products: a book. And while it’s true that a VR experience can be tranquil — doing yoga in a rainforest, for example — the fact remains that it’s very different emotionally and physiologically from watching TV.

The issues hindering adoption of VR and other technologies tend to be social, not technological.

Quite how different is something that the E&M industry needs to work out, and fast. PwC’s Emerging Technology Lab in Chicago is in the process of developing a test harness that a user can wear while experiencing VR. The device monitors the wearer’s biometric and emotional reactions to various VR stimuli — shifts of scene, intense action, different music. Content creators will be able to mine such data to determine how to elicit the right response at the right time to maximize the intended impact.

Gauging audience response is just one new aspect of VR that E&M companies will have to reckon with. Just as shifting from print to digital, or from radio to television, has taxed the capabilities of E&M companies over the decades, the shift from actual reality to virtual reality will do the same. What’s the optimal mix of “real” or synthetically rendered 3D video? What are the impacts on IP rights and digital rights management? How do you deal with content management in a 3D virtual world? If the content uses open source objects, what’s the process for dealing with that? Old models might apply — but then again they may not.

The message is clear: For E&M companies, VR is coming into view as a real channel through which creators can deliver richer, more immersive content experiences. But there are many bridges to be crossed before the reality of revenues and profits lives up to the hype. 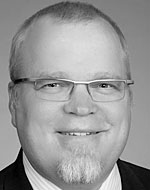 Daniel Eckert is a leading practitioner in the emerging technologies practice for PwC’s advisory services in the U.S., Mexico, and Asia. He is managing director with PwC US, based in Hartford, CT. 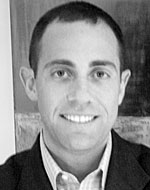 Matthew Lieberman is a leading practitioner in PwC’s technology, media and telecommunications practice. Based in Los Angeles, he is a director with PwC US.