Whole Foods turned in another disappointing quarter on July 27, as a decline in store traffic, discounts, and healthcare costs hurt the upscale grocery chain’s bottom line. Sales hit a record US$3.7 billion, but the closely watched retail metric of same-store sales fell 2.5 percent.

Shares took a hit as investors continued to wonder if the natural- and organic-food seller will ever be able to shed the “Whole Paycheck” moniker. But the company has been pursuing initiatives designed to convince its core shoppers that they are getting value for their money. Starting in 2014, Whole Foods rolled out a pilot loyalty rewards program, and it also has lowered the price of some products. In perhaps its boldest move, as part of an effort to capture the business of customers tempted to trade down, it has opened a chain of lower-priced natural-foods stores. 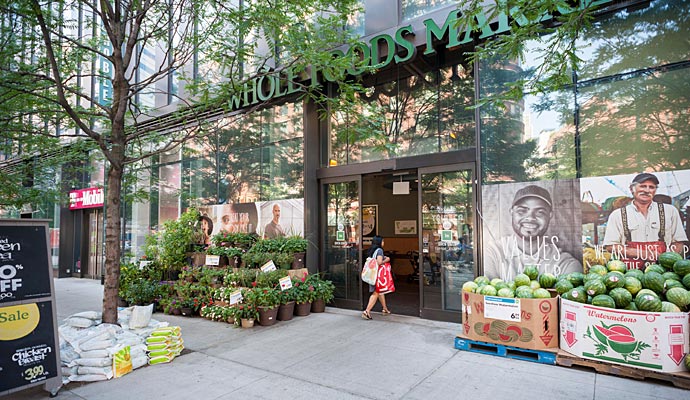 Whole Foods is hoping the new 365 stores will lure price-conscious and millennial customers who would have instead chosen to shop for natural and organic foods at other markets such as Trader Joe’s or even Walmart, now that those retailers are increasing their organic offerings and at lower prices. It also hopes that 365 won’t steal customers from its original Whole Foods aisles.

Going down-market isn’t anything new. Many luxury and premium companies have tried to head off the trend of consumers trading down to a different brand by developing a lower-cost line of products themselves (example: BMW’s $32,000 2 Series). But it’s a risky move: Companies don’t want to cannibalize their original higher-cost product too much by putting a same-enough product on the market at a lower price.

In July, we got the first look at the results of the 365 experiment. So far, early indicators show strong sales at its 3-month-old Los Angeles store, with high item-per-basket trends; the Oregon location opened just two weeks ago. The company plans to open at least 14 more 365 stores in coming years.

But beyond using 365 as a defensive move to scoop up price-conscious shoppers, the company is using its new chain as a way of playing offense.

The nice thing about starting a chain from scratch is that you’re not bound by the legacy systems and operations that have grown up around the core business. This means you can test out new ideas. In the case of Whole Foods, it is using 365 as a way of building new stores with lower capital expenses and operating costs.

The new chain doesn’t just have a different price, look, and product lineup from its parent. The back-office operations are different too. The new stores are using a streamlined operating model with centralized buying and auto-replenishment of inventory. On the front end, they are using digital pricing exclusively, which allows prices to change in an instant. Checkout is also designed to be speedier, with some lanes only accepting Apple Pay or credit cards. To-go orders can be placed on iPads instead of with an employee.

Whole Foods is hoping the new 365 stores will lure price-conscious and millennial customers.

Whole Foods executives are hoping this will lead to happy shoppers and cost savings at 365. But beyond that, Whole Foods is expecting to learn from the 365 model and apply the cost-saving methods that 365 has proven to work into its own operations.

“We’re plotting out the learnings that we’re taking away that we’re going to integrate into Whole Foods Market so that we can take cost out of our system and invest that in lower prices at Whole Foods as well,” said John Mackey, Whole Foods co-CEO, on June 22 at the Oppenheimer Global Consumer Conference in Boston.