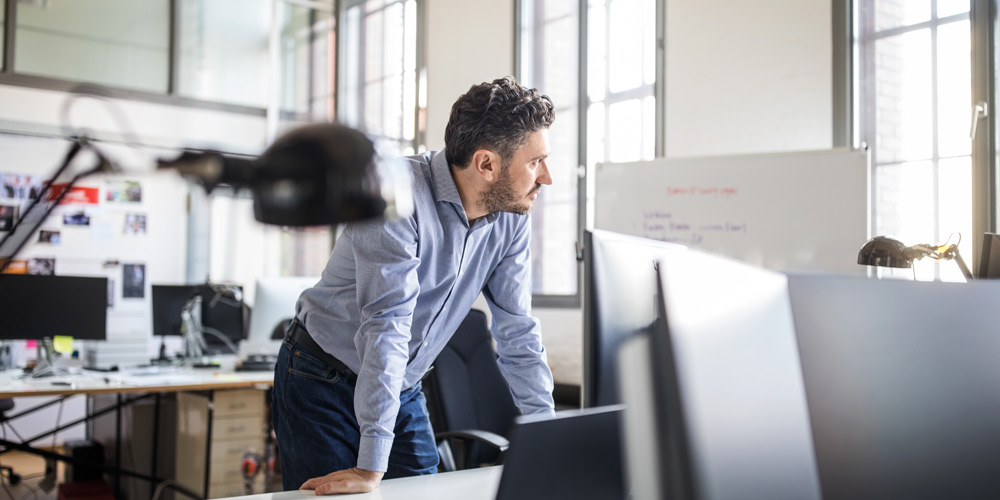 Last year, I wrote a column asking a question that is posed every time some new communications technology — telephones, the Internet, video conferencing — threatens to change how people do things at work: What exactly is an office for?

Between 2005 and 2017, the U.S. saw a 159 percent increase in remote working; companies that still believed in offices needed to justify their existence. By and large, they did. The office as a “paperwork factory” was in decline, sure, but as a space for serendipitous contact, for creativity and productive meeting, it was robust. Design firms looked for ways to make offices more “resimercial” — cozier, friendlier, blurring the lines between living room and meeting room.

Then the coronavirus pandemic began. All those magical resimercial spaces were suddenly empty. The line between living room and meeting room was now nonexistent. By early April, Zoom was hosting more than 200 million virtual meetings each day, up from just 10 million in December 2019. This virtual world came with new rules for how to effectively work from the sofa (“wear work clothes,” “stick to a routine,” “set boundaries”) and new ways to embarrass yourself (a whining child or naked partner wandering into a video call). But in just a few weird months, it also demonstrated that people could still be productive. PwC’s CFO Pulse surveys showed that fears of a decline in productivity at the beginning of the lockdowns subsided as workers rose to the challenge.

Workers were so productive, in fact, that in May, Twitter told its employees that they could work from home “forever” if they wished, and by June, dozens of companies of all kinds — including utilities companies, law firms, insurance companies, and investment banks — had announced that they were closing some offices permanently to allow workers to stay home. Maybe we don’t need offices anymore?

Except that we do. And this strange interlude has demonstrated exactly why.

Working from home does work for a lot of people; I’ve been working from home since way before it was cool. But it can be terrible — isolating and uncomfortable, with blurred boundaries that make it too easy to keep working well past “office hours” but equally too easy to drift away from your desk to load the dishwasher. One survey on working from home, conducted by the Institute for Employment Studies in the U.K. early in its lockdown, found that more than half of respondents reported new musculoskeletal complaints, including neck and back pain, while their diet and exercise suffered. Many of them said they slept less and worried more.

These feelings aren’t going away: A survey conducted in May by Skillcast — a London-based digital training and compliance firm that counts PwC, the publisher of strategy+business, as a client — found that although a majority of people like working from home, it has negatively impacted aspects of their lives, especially for those under 35. This cohort missed the office the most — 59 percent reported they had trouble staying motivated outside the office, 44 percent said they were lonely, and 39 percent said they had trouble “switching off” (nearly a third of all age groups reported not taking breaks when they should have). A recent New Yorker cartoon featured a man at his desk, speaking to a woman: “I can’t remember — do I work at home or do I live at work?”

That working from home doesn’t work for everyone is precisely why David and Ashley Brown decided that the middle of a global pandemic was actually a fine time to launch their neighborhood work club, Good Space. Nestled in Queen’s Park, a leafy Northwest London neighborhood, Good Space offers approximately 3,500 square feet of hot desks, dedicated desks, office space, and meeting areas.

“Working from home, for a percentage of the population, is the worst possible option,” David Brown told me. Membership uptake has been strong, driven in part by people suddenly finding themselves working remotely and desperate to get out of their homes. These are people working from the kitchen table with three other roommates who also are working from the kitchen table; parents of small children trying to cram an eight-hour workday into a two-hour nap time; and people who don’t own a desk, much less a desk chair.

“The people who are running large organizations saying, ‘Oh, we’ll just move everybody remote and we’ll save money and our people will be really effective!’ probably have a really nice place to work in their homes. They might have child care; they have a big enough house that they can be separated from the distractions,” Brown said. “But the majority of their employees are not in a situation where working from home all the time is really effective. For three months in a pandemic you can make it work, but if [my] company [were to] say, ‘This is it,’ I’d immediately be looking for a new job.”

In deciding to close offices, companies may be harming their own corporate culture and relationships with employees. “There’s a contract between you and the company about where you fit in the organization, and part of that is where you fit in the space,” explained Michael Colacino, president of New York–based commercial real estate brokers SquareFoot. “What does [taking away the office] say about your commitment to that employee and then their reciprocal commitment to your company?... It sounds like it’s less of a commitment.”

In deciding to close offices, companies may be harming their own corporate culture and relationships with employees.

Working from home also unfairly shifts responsibility for the mechanics of work to the employee, as not all companies are offering their employees sufficient support. The Skillcast survey found that 45 percent of those polled said that their employers weren’t providing the resources that they needed to work; a third of respondents were using their own equipment. (This, as well as other work-from-home practices such as not locking computers during breaks, also increases the risks of corporate data breaches.)

Additionally, asking employees to turn their home into an office makes employers more responsible for what happens there, while simultaneously making it more difficult to assess worker well-being. “I’ve spent a lot of my time making sure that people are OK in a way that you can do very, very swiftly in the office,” Sam Bompas, director at Bompas & Parr, a London-based experience design studio with approximately 20 employees, told me. “In the same way that for children, school provides an important social security function, if there’s anything wrong in [employees’] personal life, the office can do that as well.”

The thing is, many people do want to work from home — just not all the time. A survey in June by consultancy People Insight, based in London, found that although employees want to keep working from home, 81 percent want at least one to two days in the office. PwC’s CEO Panel SurveyPDF shows CEOs think this is the likely upshot of the pandemic response.

We need balance. Drastic decisions taken now, in the midst of this imperfect experiment, may have longer-term, potentially problematic effects. For example, in May, Facebook said it expects that half its workforce would be working remotely within the next five to 10 years. But employees who move out of the San Francisco area to someplace less expensive will see their salaries “adjusted.” Slack, the workflow collaborating app, has announced a similar move. As Jonquil Hackenberg, global head of sustainable business at Infosys Consulting, told the Financial Times in July, these decisions “could undermine wider efforts to reach pay equality.”

The prospect of reopening offices right now is daunting, as the safety of shared spaces remains an open question. But the solution isn’t losing offices all together. Offices aren’t just places for work, work, work — they’re physical spaces where people come together to assure one another that they’re still here. We still need offices for the same reasons that people are pining for a safe way to have a pint at the pub or a day at the beach. We still need offices because we still need each other.

In defense of “quiet working”
It’s certainly not as catchy as “quiet quitting,” the buzz phrase of recent months. But not everyone is disengaged from their jobs.
by Adam Bryant
Digital issue