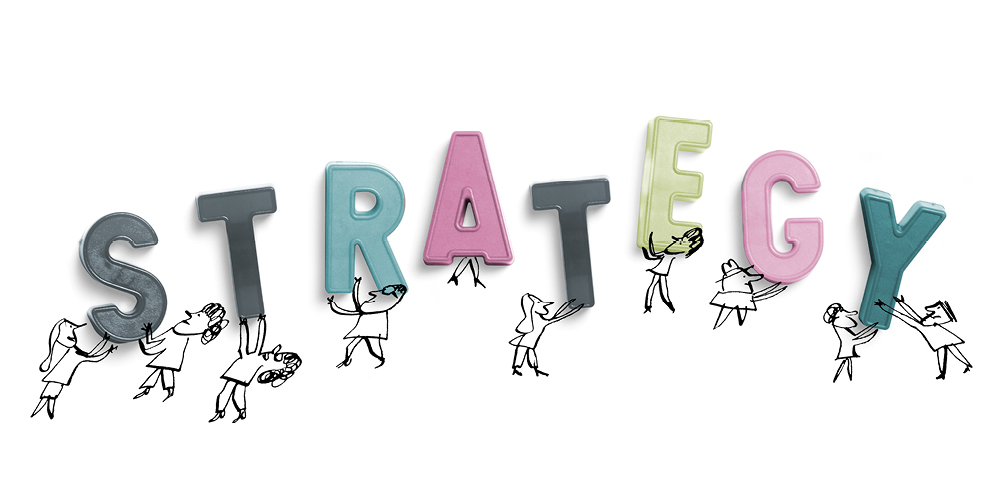 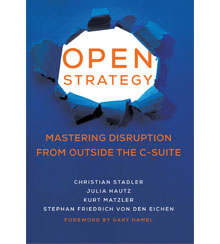 In July 2019, José María Álvarez-Pallete, the chair and CEO of Telefónica, asked his 115,000 employees a simple question: what would you do to improve the company? The answer was loud and clear: develop a new strategy. Four months later, he obliged, launching the biggest turnaround in the company’s history. Álvarez-Pallete broadcast the firm’s full “executive summit” live to all employees, inviting comment and reaction. Engagement continued at scale—that year saw 11.5 million posts, comments, and reactions from employees on its digital platform. He joined in too, signaling his commitment. This was more than a one-off exercise in seeking input.

Opening up the strategy process in this way generates better ideas, more realistic plans, and more effective execution than a traditional, closed approach, say Professors Christian Stadler (Warwick University), Julia Hautz (University of Innsbruck), Kurt Matzler (University of Innsbruck), and Stephan Friedrich von den Eichen (University of Bremen) in their substantive and eloquent book, Open Strategy. It certainly requires a lot of courage and skill to pull it off.

Traditionally, a small set of executives develop strategy behind closed doors, then broadcast it to the organization. For leaders to invite others to contribute is often seen as a sign of weakness, diminishing the leaders’ stature, authority, and control. However, the reality is that leaders often find it difficult to develop imaginative ideas on their own, shackled as they are by their conventional wisdom and groupthink. Encouraging their employees to sign up for a newly developed strategy is harder still, considering that they haven’t been given a say in how the strategy should be implemented. It’s therefore no surprise that between 50% and 90% of strategies fail (including well-known examples at giant companies such as Nokia, GE, and Daimler). The authors boldly argue that a lack of openness is a bigger obstacle to success than the wrong strategic framework, a lack of intelligence, or poor consultants.

Open strategy is more than a set of tactics or tweaks to an existing strategy. It requires leaders to believe that strategy is likely to be more distinctive and actionable if more people are involved. Open leaders show vulnerability by admitting what they don’t know. They respond to unfamiliar ideas with a “yes, and” mindset: “yes, this is a great idea, and to make it work in our company, we need to do X.”

Frontline employees, who are closest to the needs and concerns of customers, should be given a prominent platform on which to share their ideas. Barclays retail bank adopted this approach as it fine-tuned its strategic plan. Outsiders—especially those from other industries—can help mitigate the impact of cognitive biases that impede the ability of insiders to detect early signals of emerging trends, so long as those outsiders are sufficiently vocal and plentiful, and are sponsored. Outsiders also counter the lack of cross-fertilization of ideas in large organizations, a problem that plagued Microsoft when it tried to create a competitor to the iPhone and BP when poor communication between the technical team monitoring safety and the operational team in BP’s Deepwater Horizon contributed to the catastrophic oil spill of 2010.

But you shouldn’t confuse an open strategy process with a free-for-all. “To do open strategy well, you can’t just jump in and wing it,” the authors write. There are important nuances of when, how, and by how much to open up the process. At an early stage, employ digital platforms to crowdsource—using contests and “jams”—as many ideas as possible. Back in 2007, Cisco Systems launched I-Prize, a global competition to help the company build its next billion-dollar business; from 2,500 external submissions, it awarded the US$250,000 prize to a German company that suggested a sensor-enabled smart electric grid using Cisco’s IP technology.

You shouldn’t confuse an open strategy process with a free-for-all.

Convene a smaller group in person when you move to the next stage of formulating strategy. This makes it easier for participants to share more information, delve into more detail, and pick up nonverbal cues in discussions. Open the process up again for implementation—for example, through communities—when you need the people charged with doing the work to get involved in the design. Avoid playing it safe: “Try fielding a contest when you’re facing a complex or novel strategic challenge, when best practices don’t exist, and when you don’t know what kind of skills or expertise you’ll need,” the authors advise.

The goal isn’t democracy. Leaders must act forcefully, and sometimes unilaterally, to frame the strategic question. In the case of Saxonia Systems, a German software company, that meant asking people, “Where do we want to go, and how do we get there?” Leaders then have to choose whom to involve, establish the rules and incentives of engagement, select the platform for participation, and, ultimately, make the decisions. Transparency is fundamental: employees should understand how their contributions have been assessed and put into action; otherwise, their participation is perceived as strategy “theater.”

Openness shouldn’t be confused with sharing confidential information. Even at Bridgewater Associates, a US investment management company known for its radical transparency, certain information remains proprietary and highly restricted. The same goes for the military. The US Navy invited contributions to several questions it was considering that didn’t require sharing any sensitive operational details, such as: what new resources could turn the tide in the Somali pirate situation? Or: what new risks could arise that would transform the Somali pirate situation?

The authors set out the approach with such granularity and clarity that it is immediately actionable. The visuals are superb, vividly bringing to life the concepts and frameworks. Two of the authors, Matzler and von den Eichen, are partners with IMP Consulting, which runs a program called the Nightmare Competitor Challenge. It is particularly effective in helping organizations think about disruptors in detail before deciding whether to fight them or become one. The range and depth of case studies—in business (especially from German-speaking countries to complement the more familiar US examples), in the military, and in science from the present day and history—demonstrate the efficacy of the approach.

There’s more to say about developing and implementing strategy when your organization is heavily dependent on other participants (as orchestrators, partners, or complementors) in ecosystems. Nevertheless, this is a must-read strategy book for any executive, investor, consultant, or academic looking for a fresh, dynamic, and inclusive approach to strategy in a world of complexity and uncertainty.

Along with a diagnostic, the authors pose seven questions to test your openness before you start—my favorite being “do you prefer Miles Davis or Johann Sebastian Bach?” (If you like improvisation, you’re more likely to be up for open strategy.) They also recommend opening up gradually, identifying which businesses are most prone to disruption, and amplifying external voices.

As leaders seek to refresh their organization’s strategy to compete in a changed world, sticking to what and whom they know may feel like a safe bet. But when they face disruptive threats, they should take the brave step of opening up their strategy process. They might just find legions of employees and outsiders ready, able, and willing to help develop plans that are “fresher, more innovative, more informed, and easier to execute” than those they’d get through the traditional process. 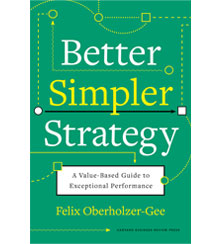 This book lives up to the promise of its title by distilling strategy into a beautifully simple premise: winning organizations create value by increasing customers’ willingness to pay (for products and services) and reducing employees’ and suppliers’ willingness to sell (their services to the organization). The gap between the two is the length of the “value stick.” Oberholzer-Gee demonstrates the power of this tool to describe the strategies of a diverse group of companies, including Best Buy, Michelin, and Uber. 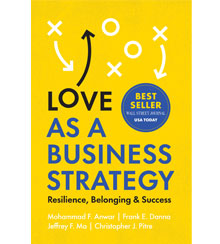 Many companies advocate a people-first strategy. Few execute them well. Even fewer tap into the power of love. The authors use the transformation of Softway, a human resources consulting business where they work, to describe how to create a culture that is genuinely empowering and human. The stories are authentic and candid, which makes this book more accessible and action-oriented than many others.