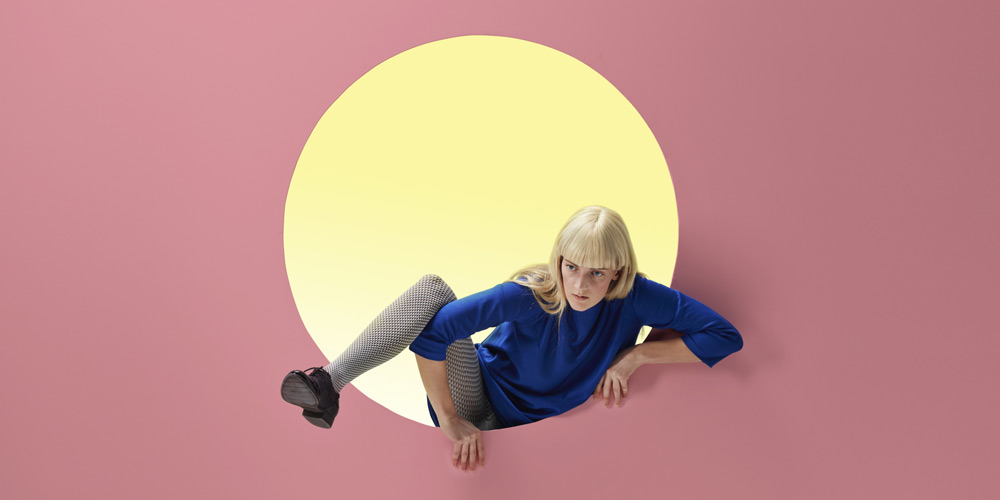 More from Less: The Surprising Story of How We Learned to Prosper Using Fewer Resources — and What Happens Next 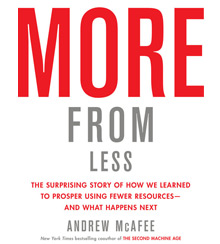 If you’re a glass-half-full person, you’re going to love Andrew McAfee’s latest book, More from Less. Always optimistic, while still expressing minor notes of caution, McAfee, a research scientist at the MIT Sloan School of Management and cofounder and codirector of MIT’s Initiative on the Digital Economy (with frequent collaborator Erik Brynjolfsson), believes that life on this planet is getting better all the time. He also thinks that though humans face some big challenges, we have at our command all the resources needed to meet them.

The principle support upon which McAfee constructs this thesis, which he admits will be hard for more skeptical readers to swallow, is an ongoing process of dematerialization that he finds occurring in mature economies. Building on research by environmental scientist Jesse Ausubel and writer Chris Goodall, McAfee charts resource consumption in the United States. For instance, he uses U.S. Geological Survey data to show that as of 2015, the consumption of the five “most important” manufacturing metals in the U.S. — aluminum, copper, steel, nickel, and gold — are all off their peaks since 2000. Steel consumption is down 15 percent; aluminum is down 32 percent; copper is down 40 percent. The same is true for energy consumption, as well as a variety of farming and construction inputs. Since the first Earth Day in 1970, U.S. consumption of resources has been falling, yet the nation’s economy has continued growing. Simply put, McAfee is arguing that it takes a lot less stuff to produce a dollar of GDP today than it did 50 years ago.

McAfee declares that the data shows “a great reversal of our Industrial Age habits is taking place. The American economy is now experiencing broad and often deep absolute dematerialization.” And the rest of world? Well, the data is incomplete. McAfee finds some evidence that Europe’s industrialized nations are “past peak” resource consumption, but developing countries, such as China and India, that are still in the process of industrializing, “probably are not yet dematerializing.”

Four forces drive the engine of dematerialization, according to McAfee. The first is technological progress. “With the help of innovation and new technologies, economic growth in America and other rich countries — growth in all of the wants and needs that we spend money on — has become decoupled from resource consumption,” he writes. Steel beer cans were replaced with aluminum, and then aluminum cans were made lighter with new manufacturing techniques. Smartphones first incorporated and then replaced many other previously discrete devices — compasses, calculators, cameras, clock radios, tape recorders, etc. When China’s near monopoly on rare earth elements drove prices too high, companies such as Hitachi Metals found innovative ways to make their products with fewer of them.

The second force is capitalism, characterized by an unceasing drive for profit and competitive markets. “Materials cost money that companies locked in competition would rather not spend,” writes McAfee. “After all, a penny saved is a penny earned.” Thus, companies reduce their use of materials, or else substitute them, use them more efficiently, or eliminate them to make more money.

Unfortunately, the first two forces aren’t enough to produce a sustainable world in and of themselves. “A complete Second Enlightenment requires more,” says McAfee. “It also requires that we not only use fewer resources, but also generate less pollution and take better care of our fellow creatures.” That’s because capitalism doesn’t care about anything that it doesn’t have to pay for — such as toxins leaching into the water supply, opioid epidemics, and the extermination of animal species.

McAfee argues that capitalism’s tendency to generate negative externalities dictates the need for the second pair of related forces: public awareness and responsive government. Public awareness drives governmental action, and governmental action forces capitalism to pay for the negative externalities it produces. Thus, after an accumulation of tragic incidents, such as the air pollution–related deaths of 20 people in Donora, Pa., in 1948, growing public concern eventually drove politicians to regulate emissions and adopt programs such as cap-and-trade to reduce air pollution.

Despite these kinks, McAfee still feels comfortable arguing that the four forces of technological progress, capitalism, responsive government, and public awareness — which he dubs the “four horsemen of the optimist” — are securing and ensuring our future well-being. “When all four are present, we tread more lightly on the planet. We progressively dematerialize our consumption, reduce pollution, and take better care of our fellow creatures,” he says. “That may sound naïve and utopian, but the evidence has convinced me that it’s not. Countries that have all four horsemen working in concert are accomplishing something unprecedented — they’re decoupling economic growth from resource consumption, from pollution, and from land use. They’re becoming better stewards of the planet, and the life on it.”

More from Less lays out an elegantly constructed flywheel that harkens to — and happily relies on — Steven Pinker’s polemics and Max Roser’s Our World in Data website. Both of them have been criticized as rosy beyond reason (see Stanford history professor Jessica Riskin on that). And glass-half-empty people, including me, will find plenty of bones to pick with McAfee’s horsemen, too. Nevertheless, I’d be glad if he turns out to be right, and the glass is not only half full, but also getting fuller.