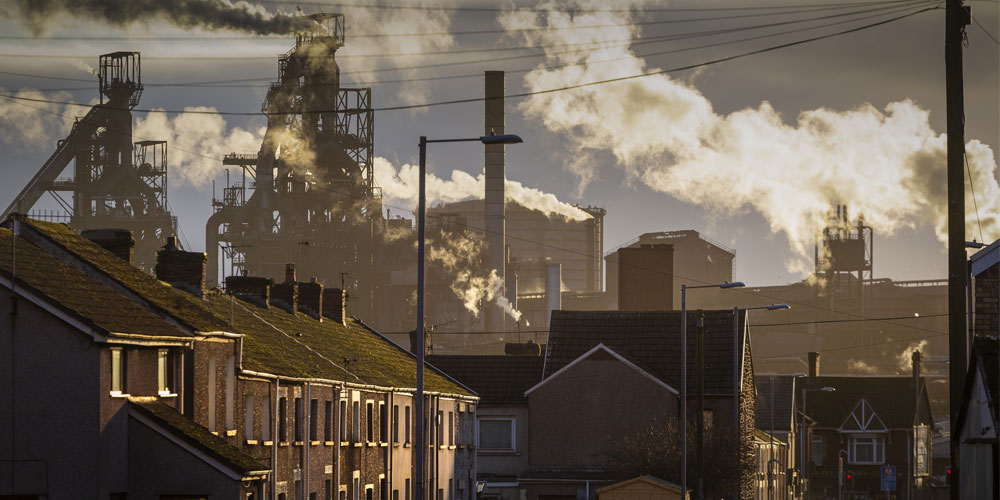 Business, fundamentally, is about profit and loss—not just for owners, workers, and investors, but for society as well. Yet anyone familiar with accounting will tell you that toting up revenues and expenses is not always a clear-cut proposition. Often the result depends on who is doing the counting.

In the novel Gain, Richard Powers challenges us to think about these matters in the broadest possible way by telling a pair of intertwined stories. One is the history of a business, Clare Inc., an enterprise that begins in trading, seizes on soap, and grows into a multinational chemical, agricultural, and consumer goods powerhouse. The other is the story of a real estate broker named Laura Bodey, a single mother in fictional late-20th-century Lacewood, Ill., who is diagnosed with ovarian cancer.

“There must have been a time when Lacewood did not mean Clare Incorporated,” Powers writes of the prosperous company town that has shaped the lives of Laura and her neighbors for generations. “But no one remembered it…. All the grace ever shed on Lacewood flowed through that company’s broad conduit.”

But what was the price of that grace? Published in 1998, Gain nonetheless is a novel very much for our times. The world today is reevaluating the purpose of business, prompted by changing perceptions of the profit and loss—financial and otherwise—that societies derive from their operations. And it goes far beyond the global efforts to reassess the power of large tech firms. Tycoons once exalted on magazine covers have become targets of resentment. Free trade and globalization, previously pillars of elite orthodoxy in the US, are being questioned more than ever now that a global pandemic has revealed the fragility of the world’s complex web of supply. Questions have been raised—including by business leaders themselves—of the role private enterprise plays in inequality and social justice.

By examining US history through a single emblematic company, Gain can help us understand how business, technology, public policy, and social change influence one another. And by raising the unanswerable question of whether Clare is to blame for Laura’s cancer, it asks us to contemplate not just the good that business does but the harms that ripple out as well—if we can even begin to measure or comprehend them. The book forces us to consider the world that business has helped us create for ourselves in very human terms.

Powers has quite deliberately chosen to base Clare Inc.’s success on soap, which prompts us to ask whether there is some sin, original or otherwise, the company needs to wash out of its soul.

Business is always a gamble, and the first of the Clare clan to come to America was a gambler through and through. The trouble starts in 1802, when he bets on a sure thing—by using inside information about a coming collapse in the price of sugar beets to take advantage of a trading partner. When his house in Liverpool burns, Jephthah Clare and his family decamp for the New World. Before long, the Clares will build a successful trading enterprise based in their new home of Boston, which lasts until the so-called Tariff of Abominations begins to strangle the business in 1828. Salvation arrives at the door of one of Jephthah’s sons in the form of an Irish immigrant chandler and soap maker hawking his wares—and what wares they were. Candles and soap of such quality and purity, produced by such talent, seemed like another sure thing if married to what remained of the Clare capital.

Over the course of the book, we follow the growing business as it exploits opportunities offered by the Civil War, sidesteps the frequent 19th-century financial panics, and deals with more prosaic challenges of the kind that still beset businesses, including competition, labor relations, and marketing. The one constant is change. The spread of gas lamps snuffs out the growth of candles. But because increasingly affluent Americans have an insatiable desire for cleanliness, soap will carry the firm forward. In the Gilded Age, a time of inequality and employee discontent, Clare mostly enjoys labor peace thanks to a paternalistic tradition—and profit sharing in the form of shares for workers.

Most fledgling businesses have done well if they can last a few years. How does Clare survive and thrive across two centuries? From the outset there is a fanatical dedication to quality, to giving customers full value, and to innovation. Again and again, Clare dismantles a thriving manufacturing process or product line when more promising opportunities beckon. Soap and candle know-how lie at the root of the business, which means that science and technology do too. The family relentlessly plows its profits into innovation.

Clare invests in its communities, too, including Lacewood—and for Laura Bodey, that may be the problem. In addition to building a glossy divisional headquarters campus in town, Clare manufactures agricultural chemicals there. Laura doesn’t suspect at first that this could have anything to do with her cancer, but her ex-husband, Don, who moved to come back into her life at a time when he’s desperately needed, is of a mind to blame somebody.

He soon discovers a class action suit brewing against the company from cancer sufferers around the country who blame its products. There is no proof, of course, and never will be. Clare had already been through something comparable when the world turned against the phosphates in its detergents (sometimes turning instead to substances even worse for the environment). Laura and her truculent teenagers, meanwhile, encounter more and more cancer patients—or their survivors—around town, including the widow of a worker at the plant who is somehow certain where he got the disease.

Powers has quite deliberately chosen to base Clare’s success on soap, which prompts us to ask whether there is some sin, original or otherwise, the company needs to wash out of its soul. People had already martyred themselves for the business. The family science maven, Benjamin Clare, is destroyed by his habit of testing Clare chemical experiments on himself, often by taste. The same approach has similarly lethal effects on another key scientific executive in charge of Clare’s industrial lab (the nation’s first). Americans were not always as concerned about workplace safety as they are now.

The author is at his best in exploring, in dramatic fashion, the ethics and impact of business. In one extraordinary passage, Franklin Kennibar, who in 1983 becomes the company’s first outside CEO, is preparing for an interview in which he will be asked about the purpose of business. At just 300 words, it’s still a bit long to quote in this column, but I urge you to track it down. The first thing on his list is “to make a profit.” Others include “to make things people need,” “to provide the greatest good for the greatest number,” and “to figure out the purpose of business.”

Whatever the purpose of business, if people stop believing its benefits outweigh its social costs, it will find itself imperiled. American corporations differ from individuals in several important ways, not least in their capacity for immortality. Yet even most corporations have a finite life, and by the end of Gain, extinction is a distinct possibility for Clare. Such a death would have many mourners, but Laura Bodey and her family wouldn’t have been among them.