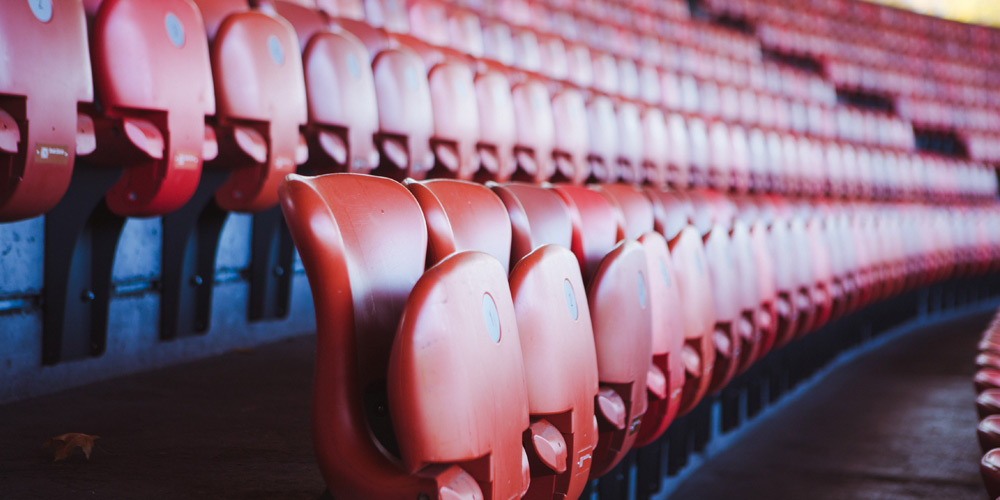 How is everyone coping without sports in their lives? Once you’ve read about the cancellation of all major sports events due to the novel coronavirus pandemic, and seen the reactions from the managers, players, and sports organizations, what is left for the billions of fans across the globe? The world still turns, albeit with less drama, less diversion, and less color in it. For many, a world without sports is monochrome.

Perhaps the more pertinent question is: If we only fully notice something like sports when they’re gone, what can this period without them tell us about ourselves and our heroes? What can we learn about our relationship with sports that could help us going forward, once the crisis has passed?

Sports fulfill different roles for different people, and the current hiatus affects us all in different ways. I now understand just how much rhythm soccer provided to my weekly calendar. I found comfort in this regularity; no matter what else was going on, sports were there, sometimes acting as a social connector, other times an emotional release.

Sports are woven into our culture, and although I may not be alone in missing them, I feel more alone. What have I lost? A sense of community, belonging, and socialization that sports bring — through either playing them with friends or watching them together. I’ve lost the anticipation of sports’ ongoing narrative. (No one really thinks Liverpool FC, currently top of England’s unfinished Premier League, will blow a 25-point lead if play resumes, but what if…?)

I’ve lost sports as a social unifier, but I also miss the unscripted and unpredictable drama that live events provide — the emotional escape from reality and the simple entertainment. As Jorge Valdano, the former Real Madrid coach and philosopher–columnist, wrote in his latest piece for El País, “Soccer is a glorious simulation of reality.”

In the same column, Valdano also bemoaned the lack of proportion in all the hand-wringing over the commercial aspects of the game, and recalled the story of a sailor who leaps into the sea to save a drowning child. A week later, a woman approaches him and asks, “Are you the man who saved my son?” “Yes, madam,” he replies. “Then you are the man I’m looking for,” she counters. “Where is the boy’s cap?”

Without sports, as London-based media firm SportsPro explains, “we all are in an age of indefinite protocols.” Life narrows to the necessary and the routine. But there are changes we are already seeing in our behaviors and approach to sports. Amid our indoor confinement, this is the moment for at-home exercise products to go mainstream. For example, British fitness trainer Joe Wicks has started streaming PE lessons globally on YouTube; his first lesson had more than 3 million views.

Sports fulfill different roles for different people, and the current hiatus affects us all in different ways. I now understand just how much rhythm soccer provided to my weekly calendar.

Competitive gaming is also getting a boost; NASCAR moved quickly to launch an e-sports season last year, before the coronavirus surfaced, and the Third eSailing World Championship began in February with more than 170,000 entrants. Leyton Orient FC, a team in the lower English soccer leagues, announced a global e-sports tournament, #ultimatequaranteam, played on the popular FIFA 20 video game, that ended up involving 128 clubs across Europe.

More and more athletes are fulfilling the prophesy of Tom Vernon, the owner of Danish club FC Nordsjælland, who said that the new definition of greatness would be how players use their platform as a force for social change. According to Vernon, finding a purpose, and following through on it, is one way to judge success.

Star soccer players such as Leon Goretzka, Marcus Rashford, and Ashley Young have shown during the pandemic that they are socially aware by using their celebrity either to raise money for charitable causes or to push out a social-distancing message. And sporting organizations are raising funds to support various causes — including the uniform supplier to Major League Baseball, which is turning jerseys into medical masks and gowns.

Just as non-sports businesses are being put on the spot to show that their mission statement and purpose are more than words on a website, top soccer clubs are also coming under scrutiny. The debate is fierce in the U.K., home to the Premier League, one of the richest and most-watched soccer competitions in the world.

Will the clubs, which pay their players and coaches multimillion-dollar salaries, take government money to pay their nonplaying staff? Will the players and managers agree to pay cuts? These concerns have become both headline news and political footballs in the U.K., as politicians have started pointing the finger at clubs. The clubs are now scrambling to manage their reputations. Two big names in the Premier League, Liverpool and Tottenham Hotspur, had each said that they planned to furlough staff and apply to the government for 80 percent of the wages. The public outcry was swift, and both teams reversed the decision.

When sports return to our lives, whenever that may be, will we care less about them? Should we? When will we want to pack stadiums again? We have shifted our behaviors to a new reality, and it hasn’t taken too long to adapt.

Though the old rhythms may come back at some point, for now, we feel a renewed sense of perspective. For example, who really cares about VAR, the controversial video assistant referee system that was introduced to the Premier League this year, taking up hours of commentary time and acres of newsprint about whether it is helping or hurting the game?

And, more crucially, will we hold our sporting institutions to higher standards than in the past? We should not forget the club owners who treated their staff badly and the individuals who flouted public-health guidelines.

Former Italian national soccer team coach Arrigo Sacchi is credited with saying that soccer is “the most important of the unimportant things in life.” The present period is reminding us of what is really important: Family. Relationships. Personal connections. Purpose. Compassion. (Definitely not VAR.) We may want things to go back to how they were. But it’s unlikely they will. And maybe, when we think about what we expect from sports in the future, focusing on the off-field advantages they bring rather than what irks us, that’s a good thing.