This holiday shopping season will be the most digital in history, with e-commerce more dominant than it’s ever been. And it will be brought to you by…people.

The narrative, of course, is that technology is taking, replacing, and displacing human labor. As I discuss with author Ryan Avent, this trend is both a source of widespread anxiety and a potential wellspring of progress.

But if the robots are taking all our jobs, they haven’t made much headway in Santa’s workshop — or in his supply chain. It turns out that even the most technologically advanced retailers need lots of humans to serve customers. Amazon, arguably the most disruptive force in American retailing, announced last week that it would be hiring 120,000 seasonal workers this year — 20 percent more than last year. 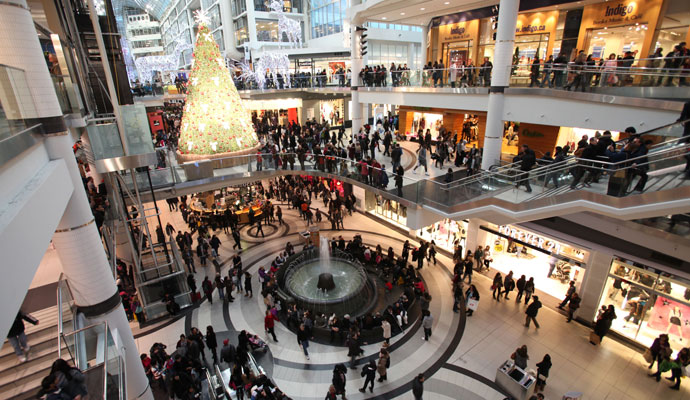 Skeptics will note that these are temporary jobs, not full-time ones, and that several weeks of work in a warehouse or a mall is no substitute for the full-time, secure payroll jobs with benefits that most people crave. But for those without jobs, or for those who want to earn extra money, several weeks of work is much better than nothing. And on aggregate, the hiring adds up to billions of dollars in wages — and hence taxes, rent and mortgage payments, and consumption. What’s more, a chunk of these temporary jobs have a habit of turning into permanent ones, especially at companies that are enjoying solid growth. Amazon noted that last year, more than 14,000 of the 100,000 seasonal workers it hired became full-time employees, and more should do so this year.

But if the robots are taking all our jobs, they haven’t made much headway in Santa’s workshop — or in his supply chain.

Which draws out a central but largely overlooked irony in the economy. Yes, in an increasing number of workplaces and an increasing number of instances, machines are doing the work that humans once did. But the rollout of such technologies is uneven. Why do retailers and logistics companies — which are already putting machines, equipment, software, and artificial intelligence to great use — need to bring in the population of a small city to help them get through a period of high demand?

Well, corporations and their technology partners have developed the systems that can facilitate a huge volume of transactions involving physical products. You don’t need 20 percent more people to handle 20 percent more checkouts on Amazon’s website. But physical goods need to be manufactured, packaged, shipped, checked for quality, delivered, and, in many instances, returned and reprocessed. All of that takes a lot of human intervention alongside machines. Algorithms and software have been programmed and refined to market goods, execute transactions, and handle rote warehouse operations. But the robots aren’t ready yet to do the physical labor and customer-relations work to fulfill all those orders. Humans still check that robots package up goods correctly, deliverymen and deliverywomen bring the boxes to our doorsteps, and legions of customer-care representatives field complaints from dissatisfied customers. Drones and driverless trucks are very much in their experimental stage.

There’s another aspect of retailing that requires a human touch: customer service. Especially around the holiday season, when parents may be desperately searching for a particular toy, when stores handle mad rushes of customers, when systems can break down, and when every customer feels the pressure of deadlines, retailers and logistics companies that don’t have agile, sentient, empathetic humans on staff can suffer.

Companies like Amazon and UPS have managed to remove a lot of friction from commerce. Ironically, however, they might encounter a fair amount of friction in adding seasonal hires this year. In 2009, it was comparatively easy to hire 100,000 people for tough seasonal work, in part because the unemployment rate was very high and jobs were scarce. But 72 straight months of payroll job creation have altered the playing field. A record 145 million Americans have payroll jobs. The unemployment rate is 5.0 percent.

As I’ve noted, we have come to the point where the simple dynamics of supply and demand are making it harder, more time-consuming, and more expensive to hire people. In September, according to the Bureau of Labor Statistics, the number of people who wanted a job but didn’t have one was 6.1 million. At the end of August, there were 5.4 million job openings in the United States (pdf). That’s a ratio of 1:1:1.

So it’ll be harder for companies to find large numbers of workers eager to work for a few weeks under hectic and stressful conditions. And thanks to the general tightness in the labor market and higher minimum wages in many states and cities, companies may have to pay more and offer better incentives to individuals and employment and staffing agencies.

It will be interesting to see how the season goes. Very few industries have yet to report that they aren’t able to meet demand due to labor shortages. But the sharp increase in activity around the holiday shopping season will pose a significant test for America’s retailing complex.