What corporations really want for Christmas this year is…people.

Automation is all the rage in warehouses and stores, triggering justifiable concerns about machines taking over jobs done by people. Yet at the same time, many companies find they are in desperate need of human labor. This is not a paradox, but rather a completely understandable sign of the times.

Far in advance of Black Friday or Cyber Monday, some big retailers have announced aggressive goals. Target has said it will hire 100,000 seasonal workers (way up from 70,000 last year). Macy’s, which is closing about 10 percent of its stores over the course of the year, said it will be hiring essentially the same number of seasonal workers this year as in years past, approximately 80,000. And there will certainly be more such announcements from other retailers and delivery/logistics companies.

There are a few things going on here. Companies are getting a head start on hiring because it is going to be hard to fill temporary positions this year. The unemployment rate is 4.4 percent, the U.S. economy has added jobs for 83 straight months, and at the end of July there were a record 6.2 million job openings in the United States — including 625,000 in the retail industry. True, there are plenty of people who are unemployed, or underemployed, or who want to pick up extra hours. But statistically, there are fewer of these people available this year than last year — or at any time in recent history. 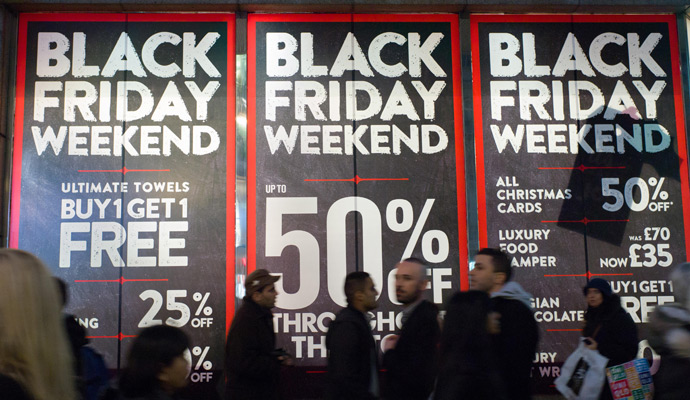 The data also suggests that for all the hype surrounding automation and digitization in our supply chains — kiosks instead of checkout counters, scanners that upload inventory information, robots that move goods around, dark warehouses largely devoid of people — there’s still an awful lot of analog work that needs to be done. The technology of the future may be here, but it is unevenly distributed. Rolling out new systems at scale across very large enterprises takes long-term plans, including experimentation, pilot projects, and lots of capital.

It may seem inefficient to hire and train tens of thousands of people and then count on them to perform crucial jobs if they are only going to stay on the team for a few weeks. In systems where activity is relatively constant over the course of a year — say, a pharmacy, or public transport, or a hospital — it is comparatively easy for companies to keep their head count steady, and avoid surges of temporary employment. But the U.S. economy, thanks to a culture and habits that have built up over the course of a century, packs a disproportionate amount of retail activity into the fourth quarter. As the National Retail Federation notes, the holiday season — basically November through early January — accounts for 20 percent of total annual retail sales. And for many retailers, the figure can be up to 30 percent.

All of this means that companies that have designed their operations to run quite lean for the first 10 months of the year really have to ramp up all their activities sharply so they can thrive in the crucial final two months. In November and December, they stay open for more hours, take deliveries more frequently, and ship more goods. All of that requires people. And this is the rare area where it makes sense for companies to err on the side of being overstaffed than being understaffed.

Companies are getting a head start on hiring because it is going to be really hard to fill temporary positions this year.

There’s an interesting wrinkle to this year’s announcements that also tracks the broader zeitgeist. In retail sales generally (pdf), e-commerce is taking market share and growing more rapidly than brick-and-mortar sales. As a result, the broad retailing and logistics complex is rethinking both its footprint (fewer stores, more warehouses and fulfillment centers) and its personnel strategy. Because of the increasing prominence of e-commerce sales, and the high stakes involved in getting shipping and delivery right during the holiday season, companies are paying more attention to the need to staff up distribution centers. These are jobs that require different skill sets than store positions — and they might be in locations separate from stores. For example, Target noted in its announcement that, on top of hiring 100,000 store staffers, it would “add an additional 4,500 team members for our distribution centers (DCs) and fulfillment facilities.” For its part, Macy’s highlighted that it would be hiring 20 percent more people in 2017 than it did in 2016 on a temporary basis to staff fulfillment centers. (To be sure, not all retailers are following this path. Walmart, the largest U.S. retail employer, has said that it plans to give existing staff more hours rather than hire lots of temporary help.)

So, at least for now, most companies will continue to need human holiday workers — people to move goods from warehouses, to be checkout clerks, to stock retail shelves — and will have to work harder and start earlier to find them. Maybe retailers really should be thinking about Christmas in May.