Picture the scene. The eyes of the world are on the Tham Luang cave system in Thailand, near the border with Myanmar. Trapped on a rock ledge deep inside is the Wild Boars soccer team of 12 boys and their coach, who had ventured into the caves about two weeks earlier. It is monsoon season. Water is rising and oxygen levels are falling. Not all of the boys can even swim. Time is running out.

Elon Musk proposes building a “kid-sized submarine” to assist the rescue effort. Musk’s solution is politely declined by Thai authorities as “not practical.” In fact, by the time Musk’s sub arrives, most of the boys are already out, alive. One of the most audacious, moving, complex, and successful rescue operations in history relied not on a single technology or hero but on the collaboration of many people, working together in a spontaneous network. 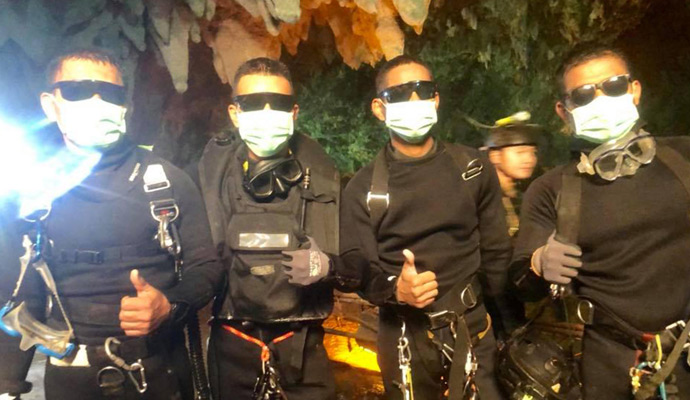 This web of connections came together organically and quickly, unassisted by algorithms, in a unique collaboration led by humans. It was a stunning example of what physicist Albert-László Barabási calls “scale-free networks”: networks that reproduce exponentially by their very nature. The exact same network effects that can be lethal in spreading a virus can be productive — beautiful, even — in creating a web of diverse human skills quickly. Networks, as Barabási puts it, “are everywhere. You just have to look for them.”

One of the most audacious, moving, complex, and successful rescue operations relied not on a single technology but on the collaboration of many people, working together in a spontaneous network.

In 10 days, the network that helped rescue the boys had swelled to 10,000 people from more than 20 nations. They had skills including meditation (to calm the boys), medicine, and rock climbing; and there were experts from armies, navies, and caving. This network deployed both cutting-edge tech, such as drones, sonar scanners, and mesh technology radios operating on multiple frequencies, and old-fashioned caving “Hey phones,” using a technology developed by the caver and engineer John Hey in the 1970s to send signals through rocks.

All this worked to bring the boys out one by one, not in a rigid submarine, but on flexible stretchers that were alternatively carried, slid, and zip-lined over the treacherous rising water — and sometimes even under the water — using pulleys installed by experienced local rock climbers.

Networks that come together like this and use technology, community, and communications in a timely manner are an example of what the U.N. calls its “leave no one behind” strategy for achieving sustainable development goals. I consider it an example of social health in action: They are the kinds of collaborations that help us live full and productive lives. And in business, there is an exciting opportunity to harness social health and the power of networks to help solve problems.

This kind of social health network, perhaps unsurprisingly, is very visible in innovations in the healthcare sector. A digital health community called The Mighty, for example, is a forum to find information about rare illnesses and connect people facing similar challenges, so that they might learn from the experiences of others. It now has 90 million engagements on its website per month and a new member joins every 20 seconds.

The symptom-sharing nonprofit Our Brainbank platform is for those affected by the brain cancer glioblastoma. It is powered by patients with a mission of turning “glioblastoma from being terminal to treatable,” says its founder Jessica Morris. It involves video conferencing on Zoom and Facebook groups, and meeting in small face-to-face gatherings that feed information into an innovative app. These communications build up new levels of knowledge on the daily experience of having brain cancer, and of the data that is fed directly to researchers and doctors treating the patients.

Networks in corporate culture traditionally have been rather specialist-interest. But now, employee network groups are becoming social health incubators that move beyond networks with an emphasis on social interactions and shared characteristics of identity, gender, and sexual orientation toward a more strategic use of what I would call human networks effects — the kind that solve tangible problems across an entire organization.

The rise of mentor programs is one such example. In the U.K., Be the Business is a new national mentoring initiative backed by companies including Cisco, the John Lewis Partnership, Amazon, and BAE Systems, with the stated aim not of boosting social connectivity but, crucially, productivity. At the heart of such programs is equality and diversity, with senior-level mentors gaining as much benefit as their more junior mentees. These relationships are formed across an organization, and are not organized by any of the traditional specialist network identities.

Such a change in culture requires letting go of some old hierarchies and silos, or at least having fewer of them. The management theorist Frederic Laloux outlined a color-coded evolution of management theory that reached its pinnacle with what he called the teal organizations. In this theory, highly evolved organizations succeed by eschewing traditional models of leadership and relying instead on collective self-management and functioning through collaboration.

The teal model has its critics who point out, not unreasonably, that it is difficult to do away completely with hierarchy. Nevertheless, it may simply be that we have not yet evolved far enough. Laloux writes about self-managing, “no boss” cultures in which teams are tiny — perhaps 10 to 12 people — which makes them agile and potentially “scale-free.” The U.S. capital management software firm Kronos Incorporated (on whose European advisory board I sit) has a boss — Aron Ain — who pointedly describes himself as an “un-leader.” Social health networks have something of an un-leadership quality, which initially may feel risky and outside of a traditional leader’s comfort zone, but which clearly bears fruit.

Back in Thailand, there were infinite numbers of subgroups working on micro aspects of the problem, which aggregated to an overall network effect. They focused on a single human crisis, and they solved it by convening not in a rigid or siloed manner, but in something much more agile and right for the occasion, and indeed the times.

It has been a decade since the social thinker Clay Shirky wrote his seminal 2008 book about the collaborative era ushered in by social media, Here Comes Everybody. Today we now know that collaborative endeavor cannot rely on technology alone. Organizations throughout society would benefit from reflecting on where success really happens and how agile networks are often central players. We need to carry our technology like torches through the caves of modernity, attracting the right kind of supporters as we go — something that worked spectacularly well for the Wild Boars. 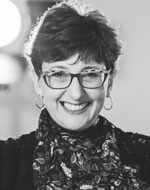 Julia Hobsbawm is a writer and consultant about the workplace. She is the author of six books, including the award-winning The Simplicity Principle (Kogan Page, 2020) and the The Nowhere Office: Reinventing Work and the Workplace of the Future (Public Affairs, 2022).