This April marks a year since former Rutgers University basketball coach Mike Rice Jr. was fired—a clear example of how “passion” can derail a career, especially when blind ambition is all that underlies it. Leaders who can’t tell the difference between passion that can build up and passion that can tear down may reach a similar fate.

Rice’s drive to create a winning team made him one of the most famous coaches in the United States, and ultimately, one of the most humiliated. In December 2012, ESPN aired video clips from practices that showed Rice shoving and grabbing players, hitting them with objects, and hurling basketballs at them, while screaming rants so foul they had to be censored. The YouTube version went viral, resulting in devastating publicity for the university and the coach, including a stinging parody starring Melissa McCarthy on Saturday Night Live. Rutgers fired Rice, and he has been searching (unsuccessfully) for a high-level coaching position ever since.

While some cast Rice as a villain, others saw him as a victim of a personality disorder. He had a lifelong pattern of blowing up; it was how he worked almost all the time. Maybe he learned this level of intensity from his father, Mike Rice Sr., the former head coach of the NBA’s Portland Trailblazers and now a sports broadcaster. His “episodes” could have been a son’s desperate attempt to cultivate success and measure up to his accomplished father.

In the end, though, it doesn’t matter whether Rice was a victim or a villain. The damage he did was real—either way. Some of Rice’s best players not only left the team, but transferred out of Rutgers. Others who stayed have been working with therapists to overcome the residual “psychological damage” (as Rice’s successor, Eddie Jordan, put it in the New York Times Magazine’s article about the former coach).

There are many cases where leaders, thinking they are doing the right thing for their team members, are actually abusing them. As a leader, you set the tone for your organization. Your leadership directly affects the day-to-day moods and attitudes of your employees. Even a tiny episode where you lose control can lead to a great deal of internalized fear among your staff. The aggression is amplified tenfold because you’re the boss, with perceived and real power over their livelihood. And if adults are scared of their bosses, they will tend to react by lowering their performance levels, dropping their commitments, and, ultimately, sending out resumes to other companies. Moreover, there is the possibility that a workplace rant could be filmed. Younger employees have grown up in an era where nearly everything is potential fodder for social media.

Of course, that doesn’t mean that you should tone down every impulse. Like holding a beach ball underwater, you might be able to keep your emotions under control for a time, but they’ll come shooting out eventually. And there is value in strong emotions. Leaders are often intense people because they care intensely—about their own careers, about their employees, and about the future of the enterprise. “Good men and good women have fire in the belly,” wrote psychologist Sam Keen in his book. “We are fierce. Don't mess with us if you're looking for someone who will always be 'nice' to you. (Nice gets you a C+ in life.) We don't always smile, talk in a soft voice, or engage in indiscriminate hugs.”

But a fire in the belly can become so ingrained that it takes over. The resulting breakdowns, even if they’re not as dramatic as Mike Rice’s, can be just as devastating to employees and to an organization.

So how can you learn to keep the constructive side of the fire in your belly, while avoiding the devastating impact? The only answer is self-awareness: learning to pay attention to what is happening to you. Rice is doing this through the John Lucas Athlete’s Aftercare Program, the principles of which begin with reframing—putting a new label on feeling that can lead to problems.

Taking the “time out” to think this way is difficult. Part of the thought that triggers the explosion is the feeling that there is no time to lose. This can manifest itself as muscle tension. You have to practice relaxing your muscles and disengaging the amygdala (the part of the brain associated with rapid and fierce emotional reactions). These practices can help:
• Walk away from stressful situations; give yourself at least 10 minutes to calm down
• Look up and stand up to relieve muscle tension
• Breathe deeply, three counts in and six counts out
• Name what you’re feeling; create a mental symbol representing your strong feelings, like a volcano or a firecracker, then see it cool
• Reprogram your brain for self-awareness and label your emotions without getting stressed

Labeling and acknowledging feelings can garner support and forgiveness. One executive, who used to snap at his employees, found he could stop himself by saying, “Sorry, I’m a recovering asshole, so please be patient with me.”

After things calm down, you may need to take more long-term, substantive measures:
• Invent a second self to observe muscle tension; it’s important every day, in every meeting, for you to check on the tension in your body
• Ask for anonymous feedback from others, to find evidence of your behaviors
• Get videotaped in action

You have to choose the course of action that works best for you. Your solution may be as unique as your own personality. Do whatever it takes for you to find a healthy release for your tension—your career depends on it. 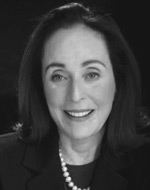 Karen Otazo is the managing director of the Global Leadership Network. She guides senior executives through strategies related to change and change management.