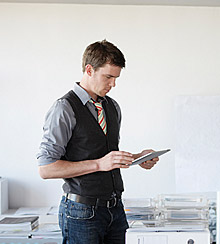 If you believe the conventional wisdom, everyone under the age of 30 is needy and narcissistic. They want the corner office and a company car, but they aren’t truly committed to their organization. They don’t take kindly to criticism, but can be easily won over with the next hot gadget.

Such stereotypes of millennials abound, and some may have a degree of truth. But as this massive cohort enters the workforce in increasing numbers, can companies afford to put their trust in these types of characterizations?

I’ve seen many corporate leaders and human resources departments twist themselves in knots trying to accommodate what media and marketers have told them are the preferences of this new generation of employees. They spend enormous sums on strategies to engage millennials — strategies such as corporate social responsibility initiatives, iPad giveaways, and workshops to help older managers better communicate with younger staff. Yet many organizations find that such efforts don’t improve retention.

For the past 12 years, I have studied the so-called generation gap through empirical research, and have found that stereotypes of millennials in the workplace are inconsistent at best and destructive at worst. As part of two initiatives at the Center for Creative Leadership, we have collected data using online surveys from more than 13,000 participants in for-profit, nonprofit, and government organizations. On the basis of those findings, I have identified five key myths that companies tend to subscribe to when it comes to their younger employees.

Myth #1: Millennials don’t want to be told what to do. Because they spent their childhood being told by their parents that everything they did was wonderful, millennials are difficult to manage.

The reality: The idea that millennials are not willing to comply with authority is flat-out wrong. Our research shows (unexpectedly, I must admit) that millennials currently in the workforce are more willing to defer to authority than either baby boomers or Gen Xers. Specifically, in a sample of more than 5,000 respondents, millennials were more likely than boomers and Gen Xers to agree with statements such as “Employees should do what their manager tells them, even when they can’t see the reason for it.” One possible explanation for this behavior has to do with the coaching millennials received from their parents and teachers growing up: They learned at a young age that doing what an authority figure tells them is more likely to result in success (“what do I need to do to get an A?”), and therefore believe that doing what their managers tell them will have the same effect.

This presents a great opportunity for organizations to shape millennial employees’ behavior. Managers can improve millennials’ career trajectory (and make their own lives easier) by ensuring that they understand the organization’s culture and know what the expectations are. Millennials are more likely to thrive if they know the ingredients for success in the workplace, starting with the basics. For example, although it may seem obvious to an older manager, millennials may appreciate being told what time they are expected to arrive at the office, and precisely how quickly they should turn around a project (beyond just “ASAP”).

Myth #2: Millennials lack organizational loyalty. They aren’t committed to their company, and will change jobs when offered a small increase in salary.

The reality: Our research shows that millennial employees have about the same level of organizational commitment as boomers and Gen Xers. Interestingly, people of all generations in our sample indicate that they are moderately committed to their organization. So why is this myth so prevalent? One reason is that young people of every generation change jobs more frequently than older people. Boomers changed jobs when they were in their 20s more frequently than they did when they were in their 30s and 40s (or 50s and 60s), and we saw the same pattern with Gen Xers. And there is no evidence to show that the pattern is changing with millennials.

A second possibility consistent with our data is that people at lower levels in organizations, who tend to be younger, are slightly less committed to their organization than people at higher levels. Those in the latter group are paid more and are responsible for organizational strategy, and are therefore likely to be more invested. It is difficult for an organization to retain younger people regardless of what that organization does. When young people change jobs and look for new opportunities to learn and grow, it does not represent a lack of loyalty; it’s simply the time in their lives when they are seeking these experiences.

Myth #3: Millennials aren’t interested in their work. Their lack of commitment to an organization is also demonstrated by their lack of interest in their job.

The reality: Our research clearly shows that millennials currently in the workplace are just as intrinsically motivated (“into” their work) as are boomers and Gen Xers. Although many older people seem to think millennials are just going through the motions, the data says that they are doing that no more than the two previous generations. That said, our data indicates that people at lower levels in organizations (who tend to be younger) are slightly less motivated by the content of their jobs than people at higher levels. When looking at people at the top and at the bottom, consider the differences between the content of their work, the scope of their impact, and the level of their autonomy.

It isn’t that millennials aren’t motivated; it’s that they’re not motivated to do boring work. And boomers weren’t any more motivated by that kind of work when they were younger. If you want to motivate millennials, it’s a good idea to give them work they will actually enjoy and find meaningful. Most people understand that it’s not all going to be fascinating, but a reasonable portion of it should be, or why not find a new job?

Myth #4: Millennials are motivated by perks and high pay. They are interested only in material rewards, and organizations will go bankrupt trying to satisfy the millennials’ desires.

The reality: In collecting data from more than 5,000 people age 22 to 80, we’ve found no relationship between a person’s generation and whether he or she is motivated by perks and high pay. In other words, millennials are about as motivated as boomers and Gen Xers by perks and money (although these factors don’t rank all that high for anyone, on average). Again, the real difference shows up between organizational levels. Our data indicates that people at lower levels in organizations — who make less money — are slightly more motivated by extrinsic rewards than people at higher levels in the organization.

You may think giving millennials that iPad or handing them that spot bonus or letting them bring their dog to work is going to increase their dedication to the job, but it won’t. It might make them think you (or your company) are cool (because everyone loves a free iPad, right?), but there is no evidence that it increases overall motivation.

Myth #5: Millennials want more work–life balance. They want to spend lots of time outside the office, whereas boomers and Gen Xers are workaholics.

The reality: This myth is actually marginally accurate. Millennials are interested in work–life balance, but not much more than Gen Xers are. In fact, millennials and Gen Xers agree at about the same level that the demands of their work interfere with their personal lives. Since boomers were in their 20s and 30s (the 1970s and 1980s), U.S. society as a whole has shifted toward the philosophy that life is about more than just work. Although we see differences among the generations, they are small enough to lead me to think that such differences are more likely to be a result of issues related to life stage, such as having young children (which millennials and Gen Xers are more likely than boomers to have), than to represent a generational shift.

People under age 48 in 2012 (Gen Xers and millennials) don’t think work–life balance is a perk you earn from having been employed by an organization for a long time. Instead, they think of it as the way a reasonable workplace is run. Organizations benefit from increased employee goodwill when they have policies such as flexible schedules that are truly ingrained in the company’s culture, so that younger staff can take advantage of them without fear of damaging their careers.

These are difficult times for recent college graduates looking for work. They are part of a large and well-educated generation, and now also have to compete with the millions of more-experienced workers who have been laid off. Although many would like to think that everything will work out for these young people when the economy turns around, the research results are much less positive than that. For example, Yale economist Lisa Kahn has shown that entering the workforce in a bad economy has a long-term negative impact on earnings. (See “When It Pays to Stay in School,” by Matt Palmquist, s+b, Autumn 2010.) It is important for organizations to realize that today’s difficulties may affect millennials’ morale in the long term.

Ensuring that millennials are engaged contributors to the workforce is going to be critical for every organization’s long-term viability. Rather than trying to figure out what particular incentive or gimmick is going to make millennials more committed and less likely to leave, focus on making sure they are fairly compensated; have interesting work to do; and have the opportunity to learn, develop, and advance. Executives can best manage a multigenerational workplace if they understand and address the reality of what their younger employees think and what really motivates them. The key is to separate myth from fact, and focus on creating an organizational culture that supports all employees regardless of when they were born.