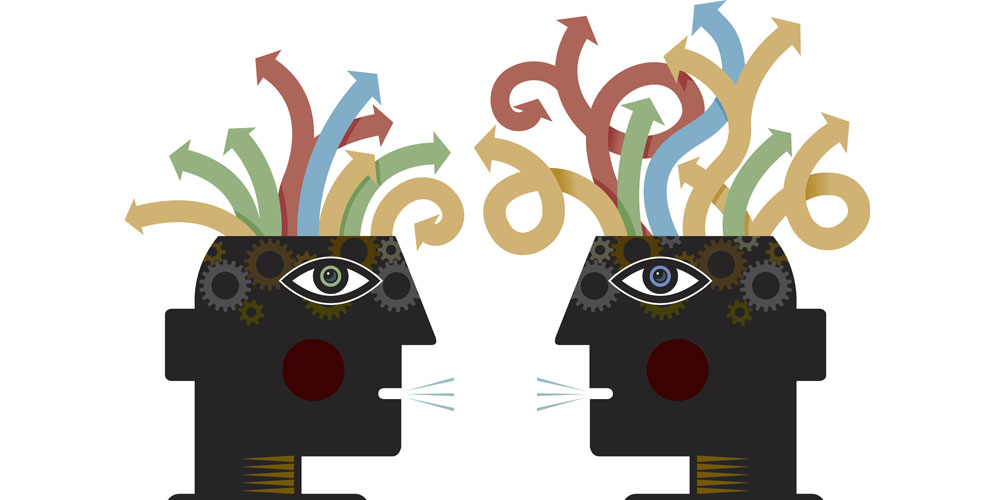 There is no shortage of theories regarding the proper basis for a winning corporate strategy. You can set sail on blue oceans with W. Chan Kim and Renée Mauborgne, hone core competencies with C.K. Prahalad and Gary Hamel, and get competitive with Michael Porter, to call out just a few of the fashionable options. But how do you transform the theories into a unique strategy capable of driving your company’s long-term success? 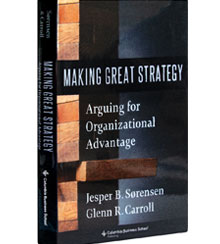 This is the question Stanford business school professors Jesper Sørensen and Glenn Carroll address in Making Great Strategy. It’s a book about strategic due diligence. And it fills an important gap in the literature by caring not a whit about a company’s strategy per se, but rather focusing entirely on how rigorously that strategy has been formulated and how thoroughly it has been vetted.

Toward this end, Sørensen and Carroll define strategy as a logical argument that coherently articulates “how the firm’s resources and activities combine with external conditions to allow it to create and capture value.” They further assert that “the development, communication, and maintenance of a strategy argument is best achieved through an open process of actually arguing within the organization, engaging in productive debate.”

Sørensen and Carroll find that in many companies this process of argumentation is either altogether missing or poorly conducted. Instead of using logical argument, decisions about strategy are often dictated by the most powerful people in the room. Or, when they are made more democratically, they are chosen in a rigged or otherwise flawed manner. The authors’ insights help explain the findings of a 2019 survey by Strategy&, PwC’s strategy consulting group, in which only 37 percent of 6,000 executive respondents said that their company had a well-defined strategy, and only 35 percent believed their company’s strategy would lead to success.

Making Great Strategy is dedicated to the tools for — and nuts and bolts of — making and applying a strategy argument. The tools are those of the logician and philosopher, which are (in increasingly rare instances) taught to undergraduates in liberal arts but mostly neglected in business schools, which usually rely on business case analysis to teach strategy. “We advocate a different mentality for thinking about strategy, one that celebrates the value of disciplined reasoning and places constructive argumentation at the center of the strategic process,” write Sørensen and Carroll. “To help turn this mentality into practice, we offer a flexible system of three core activities: (1) iterative visualization, (2) logical formalization, and (3) constructive engagement and debate with others.”

We advocate a different mentality for thinking about strategy, one that celebrates the value of disciplined reasoning and places constructive argumentation at the center of the strategic process.”

Iterative visualization is achieved by creating a strategy map, which tracks a proposed strategy’s causal path backward from its desired outcome to the factors required to make it happen. The authors illustrate this process by producing a strategy map based on statements about Walmart’s low-cost model, which enabled the retailer to attract customers and vanquish competitors in the pre-digital economy. Working backward from the desired outcome of low costs, they map two of its enablers: operational efficiencies and a bargaining advantage over suppliers. In turn, they enumerate the enablers of those enablers, which for bargaining include high-volume purchasing, negotiating prowess, and private labels. And so on.

A strategy map is only the first step in making a strategy argument. “At this stage,” Sørensen and Carroll explain, “these statements are just unfounded claims in the strategy argument, and their veracity and importance have yet to be demonstrated.” That work begins in the second set of activities: logical formalization.

Logical formalization entails testing the validity and soundness of the premises underlying the statements in a strategy map. Here the authors point to the competitive responses — or lack thereof — from companies such as Nokia when Apple introduced the iPhone in 2007. The cellular phone incumbents evaluated the iPhone’s call reliability and quality and concluded the new device simply wasn’t good enough to pose a competitive threat, let alone an existential one. But they didn’t challenge their own argument and its assumptions. As it turned out, the quality of phone calls didn’t matter much given the iPhone’s superior design and functionality. “Incomplete arguments can carry a lot of weight in strategic debates,” warn the authors. “That’s because they appeal to implicit premises in the minds of the listener[s].”

The third set of activities — constructive engagement and debate — is aimed at socializing the strategy argument. Socialization surfaces new challenges and alternatives that improve strategy decisions, builds buy-in, and starts to move a strategy toward execution. The key ideas here are to embrace, rather than avoid, argument and to argue in a constructive way — avoiding the kinds of dysfunctional debates that produce only divisiveness and resistance. “Vigorous argument should be encouraged and celebrated, provided that people are arguing constructively, not arguing blue,” Sørensen and Carroll write. “Arguing blue is about using every trick in the book to advance your point of view, deploying whatever powers of intimidation and persuasion you have at your disposal.”

A company’s cultural norms play a large role in its ability to argue constructively. The authors call out Intel’s “disagree and commit” norm as an exemplar in this regard. Intel managers are expected to challenge and object while a decision is being made. But once it is made, they are expected to support it wholeheartedly.

Making Great Strategy doesn’t stop there. It goes on to describe how strategy arguments apply in conditions of high uncertainty, how they fit into strategic planning processes, and how to communicate them internally and externally, as well as how to elaborate on them — building them out and drilling down into them. If you want to better understand how to make the leap from an abstract strategic vision to an executable strategic plan, this book should be on your reading list.