Google said last week that it would acquire some 300 modular prefabricated homes. Google plans to place the homes on land it controls in Mountain View and offer it to employees as temporary housing.

It’s not exactly news that there is something of a crisis of affordable housing in the San Francisco and Silicon Valley area. Thanks to zoning, difficult conditions (the region is hilly and prone to earthquakes) and tradition, the housing stock in the region generally consists of tract housing or low-rise buildings. A two-decade technology boom (with a couple of busts in between) has led to a relentless rise in jobs, a growing population, immense wealth, and an uptick in the number of companies eager to stake out real estate for their offices. 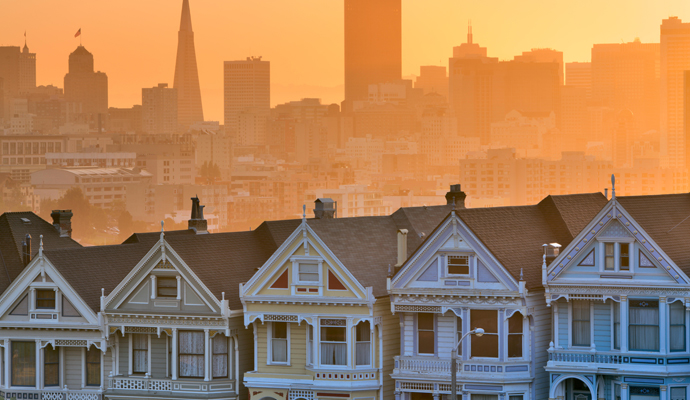 Given all the structural and logistical barriers to putting up housing, it’s often difficult for markets to supply what people need. In 2015, San Francisco added 4,100 new apartments — or one for every 204 people in the city. (By contrast, Seattle in the same year added one new unit for every 48 residents.)

The region’s housing shortage is posing some vexing fundamental challenges to even the smartest companies. It’s hard to fill open positions when there is nowhere for the people hired to fill those position to live, or if your business model doesn’t let you pay the wages necessary to allow people to live nearby. And the other option — relocating to, or expanding in, some place where housing cost are much more manageable — may not jibe with strategy. We know that growing companies want to be at the center of the action, which is in cities or larger metropolitan areas where lots of like-minded companies cluster.

The solution for many highly modern and futuristic industries may be to go back to the future — and start providing housing. In the late 19th and early 20th centuries, companies in manufacturing, textiles, railroads, and mining built company towns, which often included employee housing. In doing so, paternalistic employers not only supplied a vital service in undeveloped areas, they were also able to keep closer tabs on employees’ behavior.

The region’s housing shortage is posing some vexing existential challenges to even the smartest companies.

As the 20th century progressed, company towns went out of fashion and big employers were generally content to let the market organically provide sufficient housing for workers. But in the past several years, we’ve begun to see a recognition that the market — and even the generous government incentives that support new construction — can’t always provide housing quickly or cheaply enough. In North Dakota over the past 10 years, an impressive boom in shale-oil drilling brought a gusher of jobs to thinly populated regions of the state. When the housing industry was slow to respond, companies turned to man camps — modular, prefabricated barracks.

Northern California is a long way from North Dakota, geographically and economically. But the impulse to provide housing is similar. Employers are realizing that the dynamics in the housing market are such that they can’t simply sit back and wait. If you operate in an area where the median house costs well into the seven figures, and there’s not much new construction, you need to get more involved in your employees’ lives by helping to provide them with housing. Palo Alto, a once-sleepy college town, is at the epicenter of the tech boom. In recent years, Stanford University has expanded its efforts to provide housing for professors, who would otherwise be unable to afford to live anywhere near the laboratories and classrooms where they work. In regions all across the country, workforce housing — apartments, condos, townhouses built for teachers, police officers, and public employees — is becoming more of a trend.

You may expect workers in these lower-paying industries to have a greater need for affordable housing. But not so for staff at one of the most valuable and profitable companies out there to be in similar straits. Google could jack up wages to a level that allows workers to find the type of housing they want. Of course, that would not only eat into profits, but it would exacerbate the problem. Sending more people armed with cash into the elevated rental and home-purchase market would serve to drive prices up further, which would then require still-higher wages. (That, kids, is what the economists used to call inflation.)

Another option would be to start looking to hire larger numbers of people in other parts of the country — elsewhere in California, or in Phoenix, or in Detroit. And some technology companies are doing that. But the tendency, even among networked technology firms, is to concentrate at a big headquarters. There is something to be gained by having as many people under the same roof, or on the same campus, as possible. Apple’s newly opened headquarters in Silicon Valley has 2.8 million square feet of space.

There’s no doubt that Google would much rather spend time, money, and other resources on things that will drive its business forward, like self-driving cars or tweaking its search algorithm. But talent-driven companies have to focus, first and foremost, on recruiting and retaining the people who will make the business succeed. For companies intent on keeping the preponderance of their operations in places where housing is expensive and scarce, real estate development may become a core competency.